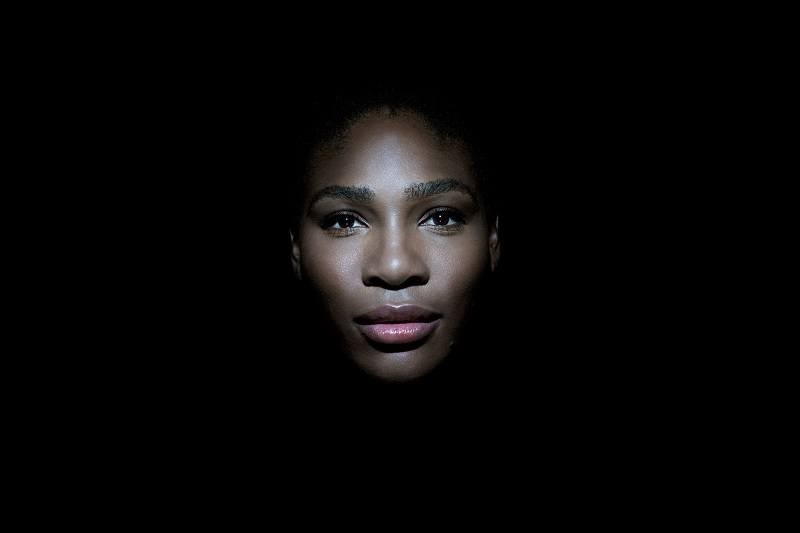 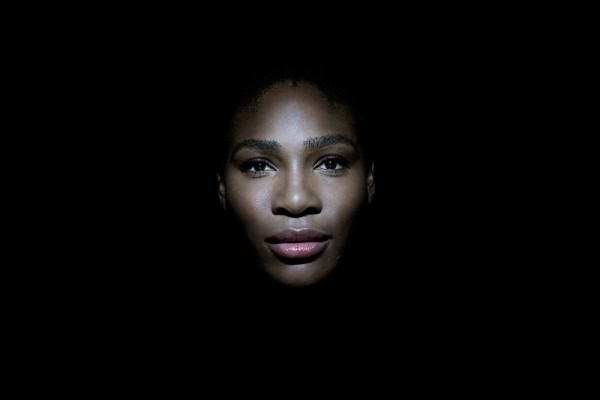 Claudia Rankine, in an article titled “The Meaning of Serena Williams,” (NYTimes.com, August 25th/2015), discusses the women’s current World No. 1 tennis player. The article has generated a ton of comments from readers and, like most articles, there are both fans and critics. For my part, in reading the article in it’s entirety I cringed enough times that I thought I better write about the aspects of the article that I don’t really like.

Firstly, early on in the article the author describes a scenario where she’d traveled from Los Angeles to New York to watch Serena Williams compete in the 2013 US Open final. She describes a man who sat near her at the final that was cheering for Victoria Azarenka, the eventual tournament runnerup. Rankine, though it was arguably none of her business, decided to ask the man that was cheering for Vika if he was American. When he affirmed that he was, it raised unwarranted suspicion from her.

To quote the article: ‘’‘We’re at the U.S. Open. Why are you cheering for the player from Belarus?’’’ Rankie asked.

The man responded that he wanted to see a competitive match, which was as good of an explanation as any. But Rankine remained suspicious of the man after he continued to cheer for Vika, and therefore against Serena, even as the match tightened.

In reading the article, it is clear that lurking beneath Rankine’s suspicion seems to be the following reasoning process:

(1) The man said he was cheering for Vika because he wanted to see a close match.
(2) The match is now close.
(3) Since the man is still cheering against Williams he must be racist against black people.

The implicit conclusion comes out of left field and I don’t think you have to take philosophy in university to see what the problem is here. After reading the article, it started to become clear that Rankine, a writer I’d never heard of before, wasn’t much of a sports fan.

There are tons of reasons why someone might not cheer for a compatriot additional to the one that the man gave. One glaring reason has to do with sports betting: if the guy had money on Vika’s underdog odds that alone is a plausible reason that he might have been cheering for her – and maybe he didn’t want to admit it due to gambling stigmas.

People also tend to cheer for underdogs because upsets are a big part of sports drama that can make people feel good. Azarenka, to date, has not won the US Open while Serena had four heading into the 2013 final. Some fans like to see the titles get spread around because parity can make a sport more interesting than dominance.

However, aside from those two reasons, there are plenty of others regarding why someone might not cheer for Serena Williams, reasons that have nothing to do with race. Rankine’s article reveals that she has more than just a little bit of tunnel vision: she sees people not liking Williams because she’s black when there are other reasons that people might plausibly have

Let’s not forget about the following comment that Williams made in 2012:

“…I don’t love tennis today, but I’m here, and I can’t live without it … so I’m still here and I don’t want to go anywhere any time soon,” she claimed. “It’s not that I’ve fallen out of love; I’ve actually never liked sports, and I never understood how I became an athlete. I don’t like working out; I don’t like anything that has to do with working physically.”

Can you see why a tennis fan or sports fan might be put off by that?

Serena is the best at what she does and it all seems like a bit of an accident. In truth, I never thought Serena actually meant what she said but the fact that she said it is still a good reason, in my mind, for a tennis fan not to like the current World No. 1. The comments could be used to discredit the sport.

But then perhaps I am wrong and Serena really doesn’t like tennis. If that is the case then we, those that do like tennis, should not be surprised at all the tournaments that Williams has skipped over the years.

She, like most players who have had long careers, has faced injuries that have lead to missed time on tour but – unlike nearly any other tennis World No. 1 that I can think of – Serena has also faced questions regarding her commitment to the sport. In the 2000s she missed so many Grand Slams even while she enthusiastically participated in other pursuits, like acting and appearing at non-tennis sports venues.

Now I’ll be the first to say that SHE CAN DO WHATEVER SHE WANTS. However I can also understand why a tennis fan might not cheer for her as her commitment to the sport is nowhere near the likes of so many others, including Vika. Rankine seems to think that Williams is entitled to an American fan base, yet in truth sports fans are not always that simple.

Another reason that people might not cheer for Williams has to with how she’s acted at times over the years because she hasn’t always been, let’s say, family friendly.

One infamous episode is mentioned in Rankine’s article where Serena threatened a line judge at the 2009 US Open before earning herself a point penalty on match-point. Williams’ anger may have had merit but loads of players have had questionable calls go against them.

Ivo Karlovic had nearly a dozen foot faults called against him when he threatened tournament-darling Andy Murray at Wimbledon 2012. Through it all, Karlovic still tried to win the match though he stated afterward that the tournament had lost credibility in his mind. Karlovic didn’t threaten to ram his racket down the judge’s throat down match point, an action that would obviously incur a penalty.

Rankine, in her article, calls an outfit of Williams’ “badass.” Now here’s a newsflash for the writer: NOT EVERYONE LIKES BADASSES!

From about the same time as the foot fault fiasco, remember Williams and her t-shirt at Wimbledon 2009? Sitting over top of her cleavage was the phrase “Are you looking at my titles?”, a clever pun that references a slightly different shirt (fill in the blank; four letters, three of which start the same as “titles”: “Are you looking at my ____?”).

However it could lose you some fans so let’s not think, as Rankine seemingly does, that an American cheering against Serena is anti-black. Serena, over the years, has been crass at times, she’s missed a lot of events, and – even as the biggest face of women’s tennis – she has stated that she doesn’t love tennis or even like sports.

Rankine, in questioning the motives as to why an American might be cheering against Williams, made herself look like a little bit of a witch-hunter. That the man may have been racist is not impossible and there have been genuine racist fans at tennis matches during Serena’s career. But a tennis fan merely cheering against Williams does not a racist make. Rankine should have just left the guy alone and I cringed when she described how she scrutinized him for doing nothing except something incredibly banal as far as sports goes.

I also cringed every time I read a phrase that Rankine used in her article: “black excellence.” Here’s the phrase in context:

The phrase kind of reminds me of a term I’ve read before: “white-male science.” In truth, there is no specific “white-male science” as the laws of physics are consistent regardless of the skin color or sex of the person who is calculating them. People that try to subdivide something like science according to race and/or sex are the ones who are being racist or sexist. In the same way I think it’s irresponsible to use a phrase like “black excellence” or “white excellence” when writing.

That Serena has battled through racism in her life is something that I do not doubt. However calling her perseverance “black excellence” only re-categorizes Serena according to her race instead of at least starting to move on. Stating “Serena achieved excellence by persevering to the top of women’s tennis despite facing racism in her life” would have rubbed me far better.

Lastly, I don’t like the insinuation of Rankine’s that Maria Sharapova is considered more marketable because she is white. The topic of beauty is inherently subjective however understanding that there’s still certain conventions to beauty is not. Sharapova, in my opinion, is more marketable largely because the way she looks is closer to the general consensus of what beauty is than the way that Williams looks.

Certainly people will vary in their assessments of who is better looking and that’s just fine. However I don’t think race is what makes Sharapova more marketable. I think that if, for example, Tyra Banks – a breathtaking African American model – was a World No. 1 tennis player she’d be raking in more endorsements than Sharapova. Williams is an attractive woman but she doesn’t have the conventional beauty that Banks and Sharapova both have.

Furthermore, I think the following is true as well:

(1) If Sharapova wore an arrogant and family-unfriendly t-shirt during an internationally televised press conference interview that asked people if they were looking at her ‘titles’ she would be less marketable.

(2) If Sharapova threatened to ram a racket down a line judge’s throat for calling a foot fault she would be less marketable even if the fault was a phantom call.

(3) If Sharapova seemingly maximized the amount of time she missed in 2008/09 when she had her shoulder problem, instead of minimizing it, then she would be less marketable.

(4) If Sharapova claimed that she didn’t love tennis or sports she would be less marketable.

Other tidbits that bothered me with the Rankine article are as follows:

According to Rankine: “A win at this year’s U.S. Open would be (Serena’s) fifth…”.

No, it would be her seventh. I’m not convinced that Rankie has followed Serena’s career that closely.

According to Rankine: “For black people, there is an unspoken script that demands the humble absorption of racist assaults, no matter the scale, because whites need to believe that it’s no big deal.”

You could avoid generalizing by re-writing the statement like this: “For SOME black people….because SOME whites…”.

The 2015 US Open starts on Monday, August 31st. Williams will be the top seed and she’s the tournament favorite according to betting odds (ie. bet365). Vika and Sharapova aren’t far behind.

As an American playing in America’s best tournament Serena is bound to have a lot of home favorites cheering for her in New York. However if a white guy wearing clothing that would suggest that he’s American cheers for a non-American against Williams then please don’t be like Claudia Rankine and start imagining that he’s a good ol’ boy. Mere cheering isn’t enough to base such an opinion on.