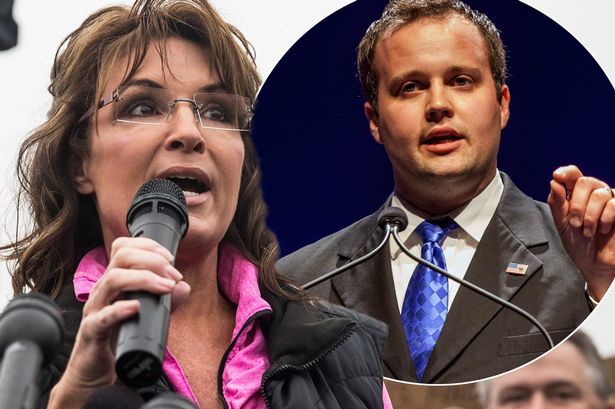 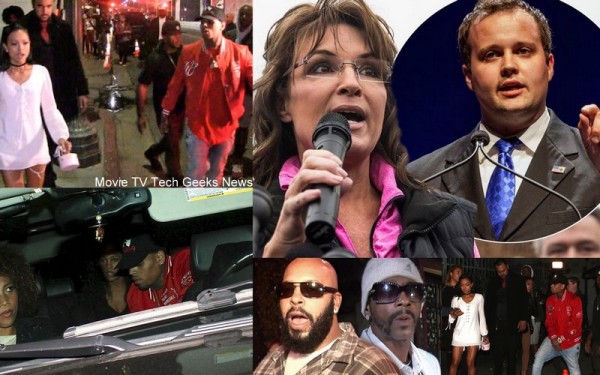 It’s Friday folks and here is your celebrity gossip roundup and Sarah Palin is back trying to get any attention she can by sadly using admitted child molester Josh Duggar. I’d love to see her walk the walk and see if she’s willing to leave her granddaughter alone with him for a while. 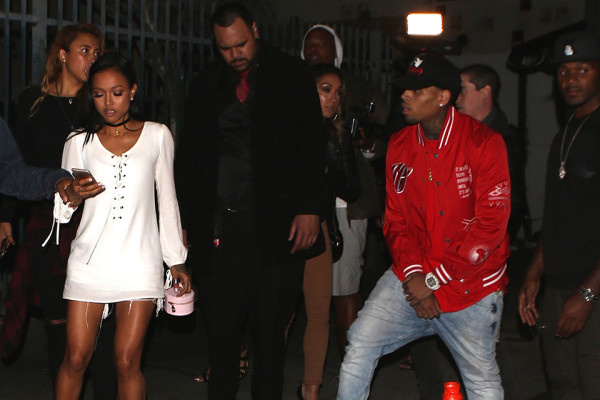 Chris Brown and Karrueche Reunited and It Doesn’t Feel Good?

It is really hard to keep up with Chris Brown and Karreche Tran. The status of their relationship is constantly changing. Nonetheless, the gist of it is pretty much the same. They are together, they are not together she posted a picture on Instagram, Chris Brown gets all in his feelings.

It has recently been reported (by just about everyone) that the two are back together and rumors have swirled about everything from them having a baby to Chris Brown proposing.  The status right now is that the two are a no go after a HUGE blow up after the two left a nightclub and cops were called to Karrueche’s house. 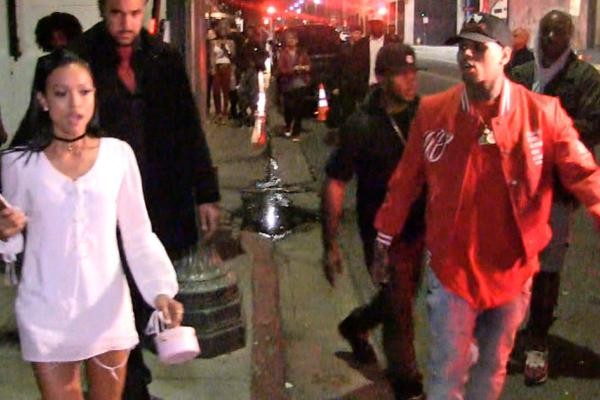 There was a lot of noise going on outside of KT’s door which prompted the visit from the popo The didn’t find any foul play so nobody was arrested or anything. But the interesting thing is how it all happened.

Chris Brown being Chris Brown got a V.I.P. table right next to Karrueche’s at the Playhouse club and she was pissed so she stormed out and he followed her. The dude even jumped into her SUV. 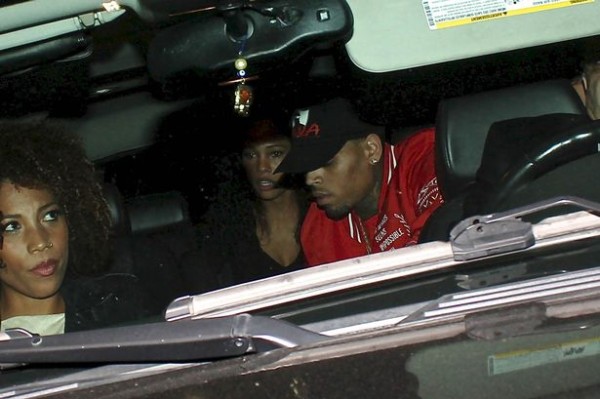 Long story short, she dropped him off at some friend’s then went home, he showed up at her spot all loud (enter popo), she left and went to Norm’s Diner and CB followed her. They had a shouting match IN THE RESTURANT and then she left and went back home.

This is all kinds of crazy. I want to say it’s all Chris’ fault but seriously, she has got to stop letting him in. Just stay away Karrueche. 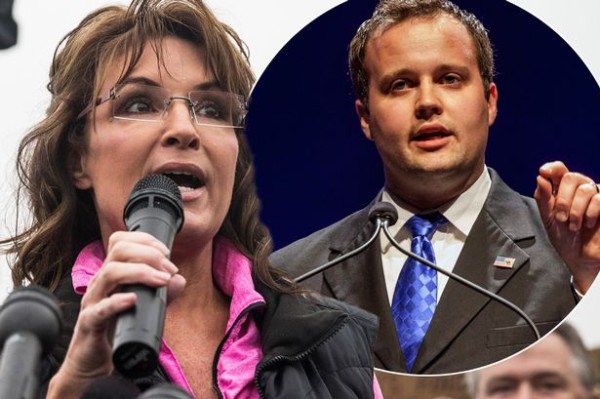 Sarah Palin and people like her, are stupid. There really is no other way to put it. They open their mouths and in an attempt to, idk, sound smart or educated, they make asses of themselves by not only showing how much they don’t know, but by revealing a much needed lack of understanding and reasoning skills.

Case in point- Sara Palin has compared Josh Duggar admitting to molesting his sisters and others when he was 15 years old to Lena Dunham writing about exploring a curiosity at seven years old that a good majority of children that age do.

This is the problem with Palin and her supporters, they always find a way to make the wrong that they do seem less damaging than it is. She doesn’t understand why the Duggar family is getting the bad press the way that they are.

One of the reasons why the Duggars are getting it so badly is because they portray themselves to be an ideal Christian wholesome family when they have dark secrets that far surpass the transgressions of others that they judge.

So no Sara fucking Palin. What an aware 15-year-old Josh Duggar did to several children is not the same as what a seven-year-old Lena Dunham did. One is a child exploring their sexuality, the other is damn there adult getting his knocks off. Please go sit the hell down somewhere.

How much longer is Palin and her ilk going to stand up for this family that knowingly let their son get away with this without any legal repercussions? A shit storm is brewing up harder after the Duggars did their planned FOX interview Megyn Kelly interview. They were comfortable being on safe turf, but they got too comfortable and let things slip that didn’t jive with their earlier stories.

What really angers me is that the family claimed they didn’t know the police officer they took Josh Duggar too after his big confession, but Joseph Hutchens has a way different story saying he’s known the family. The sick twist in this is that this officer is now in prison for decades for child pornography, and he let Josh Duggar walk away saying he was no threat….even after admitting to molesting multiple girls.

The sad losers in this are the Duggar sisters who seem to have been brainwashed as they’re telling the media that it wasn’t that bad. I want to know in what world are you living in that being molested as a child could be ‘not that bad’. The victims of Josh Duggar have been forgotten in this media firestorm and it just shows that certain people truly do believe that they are and always will be above the law. Sadly, this country actions on this matter are proving the right. 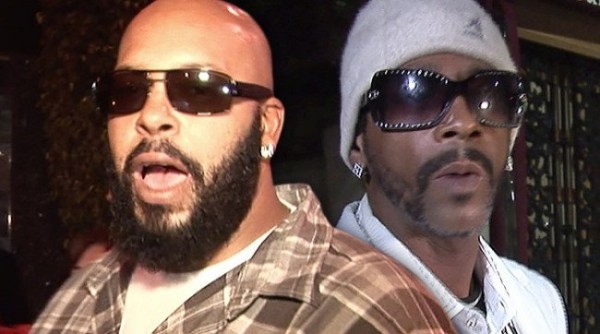 There are people in this world, primarily black people, who just practice another level of niggadom. Yep that’s right. I said niggadom. That is a way of life or set of behavior that is just down right ghetto, ratched, grimy and wrong. In fact you don’t even have to be black to engage in niggadom.

It has been reported that Suge Knight (big shocker there) and Kat Williams have committed niggadom by having a female photog assaulted by one of their females.

Leslie Redden filed a lawsuit against the two because of a beat down she received back in September 2014 outside of a Beverly Hills studio. Apparently, she was shooting video and Suge thought that she was taking a picture of his son. He charged at her and said (which can all be heard on video), “I got a bitch to beat your motherfucking ass!”

Enter Kat Williams who came around the corner with his girlfriend (probably) who knocked her down and grabbed the camera from her. Now Lesile is suing them for assault and defamation (Williams said she was engaged inappropriately with a child”).

Damn Suge, you are in jail and you still getting in trouble.