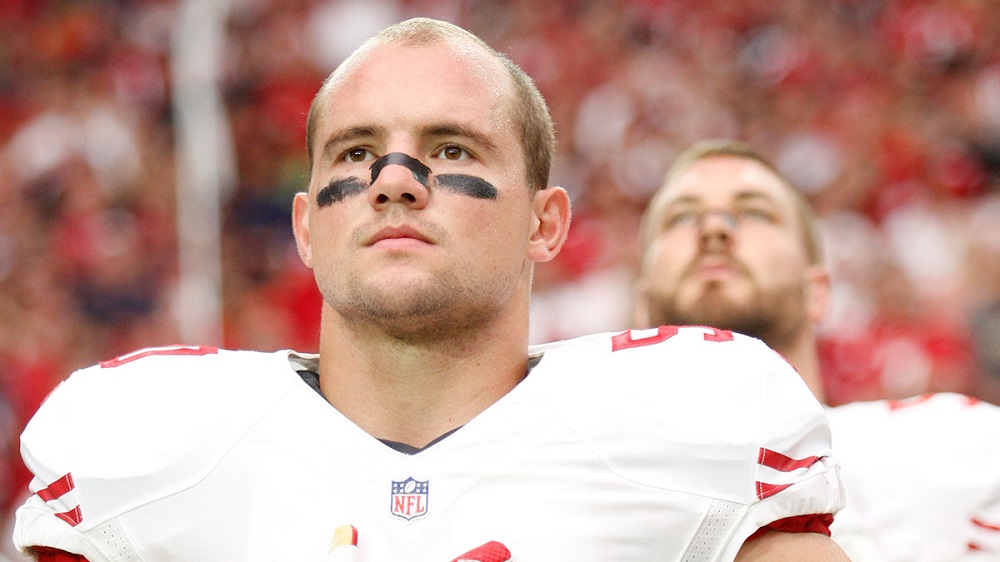 Chris Borland’s retirement after his standout rookie season with the San Francisco 49ers sent shockwaves through the NFL and the football world. Right at the height of the concussion issue and the public outcry surrounding C.T.E. and head injuries, a young, outstanding player with his whole career ahead of him decided to call it quits, leaving millions of dollars and the pinnacle of the sport behind.

Now, Borland is denouncing the very league that he worked his whole life to play in. Working with a group of independent scientists known as the Union of Concerned Scientists, Borland appears in a public service announcement calling out the NFL for attacking facts and hiding the risks of playing football from its players. While it wasn’t easy for Borland to start going after the NFL, he knew someone needed to.

“The decision for me to walk away from the game I’ve devoted my life to and become an advocate was not an easy one,” said Borland. “In training camp before my rookie season with the San Francisco 49ers, we were hearing the tragic stories of players like Junior Seau and Dave Duerson, and it made me wonder, “What’s going to happen to me if I play this game for a long time?” So, I spent the entirety of that season reading about the issue and finally made a pragmatic decision to protect my health. I was uncomfortable at first being cast in the role of an advocate, but I see the value in it, and in what the Union of Concerned Scientists is doing.”

The group draws comparisons between what the NFL is doing with head trauma to what big tobacco and soda companies have done in the past to mask the health consequences of their products.

“The costs are high, and the NFL has made a lot of money while passing those costs on to the players, their families, and their communities,” says Borland as part of the PSA. “We need to stop this from continuing—in football and in other industries—by standing up for science.”

Borland becomes the first former player to take such a significant stance and join the science side of what can happen to players after years of the sport. At this point, the health effects have been made very public, so it is unclear how much Borland’s efforts will move the needle, but with peewee football and other levels of the sport on the decline, a former player teaming up with the Union might accelerate the rate at which partners pull their kids out.