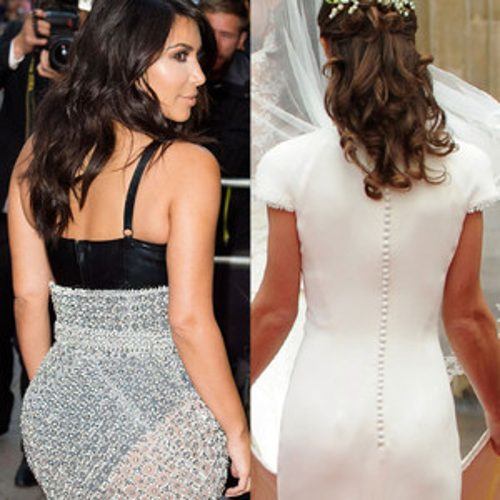 Chrissy Teigen made a splash in NYC earlier in the week when she appeared at an event held at the Lord & Taylor department store in Manhattan. She was there to attend the Guy’s Night Out event held by fashion designer Buffalo David Bitten. Sporting an outfit from his line of clothing Chrissy worked the room with the 250 lucky guests in attendance.

Kylie Jenner is speaking up on Twitter in regards to rumors that at the ripe old age of 17 she is planning on settling down with boyfriend/rapper Tyga and having a baby. In response to this rumor Kylie tweeted that she is not pregnant, getting married or trying to become a rap artist. So now the world can breathe a sigh of relief over this good news.

Wild child Emily Ratajkowski, best known for her role in Gone Girl, appears to have finally settled down with Jeff Magid. The couple was recently spotted in Miami cozying up to each other. They were reportedly holding hands and appeared to be inseparable.

Former teen heartthrob and Saved By The Bell actor Mark-Paul Gosselaar will soon welcome baby number four. Though this will be his second child with his wife, Catriona McGinn, he also has two children with Lisa Ann Russell, his ex-wife.

After a year- long seemingly happy relationship Harry Potter actress Emma Watson has announced that she and her boyfriend Matthew Janney have broken up. Emma reports that the breakup was an amicable and that she and Matthew are still friends, though she is ready to start dating again. In the past Emma has publically declared that she won’t date any famous because then their personal information is put on display for the world to see.

Following rumors of an impending pregnancy actress Keira Knightly has confirmed that she is pregnant with her first child with her husband, James Righton. She stated that she has no intention of being a stay at home mother and if men can have children and still work, so can she.

At a recent power breakfast for women in the entertainment industry, held by the Hollywood Reporter Angelina Jolie presented scholarships to two females beginning their educations at Loyola Marymount University. Both girls reportedly got $200,000 each through their participation in the Women in Entertainment Mentorship Program.

In other Angelina Jolie news the actress has announced she and husband Brad Pitt, at least for now, have no plans for any more children. Angelina has stated that she wants to raise her children well and that she frequently takes them to work with her.

In sad news that no one deserves, even someone as annoying as Justin Bieber, the teen heartthrob is currently mourning the loss of his beloved dog. Upon the dog’s death Bieber posted a picture on his Instagram account with a caption announcing he was the best dog ever.

Nicole Richie’s younger sister Sofia, has just landed herself a contract with a prestigious modeling agency. At the tender age of 16 Sophia has signed a contract with the Select Model Management modeling agency. She now joins the ranks of models such as Irina Shayk, Jessica Hart and Agyness Deyn. In October Sofia Richie was featured in Flaunt Magazine and was referred to as the next big thing in fashion.

Ariana Grande might possibly be getting spoiled by her fame. The singer reportedly requires her staff to pick her up and carry her like a baby when she is tired and her feet hurt. She has even posted photos on her Instagram account of her being carried by her staff. Not surprisingly those who work for her are now stating that she has turned into a diva.

Fighting off rumors of a relationship with Justin Bieber, Selena Gomez has gone to the press to state that she is indeed single. She recently announced during a radio interview that she has a lot of respect for Bieber as well as love for him. Selena reported that recording the song “The Heart Wants What It Wants,” was a therapeutic experience for her. She also confirmed that she is not currently dating anyone.

Proving that even celebrities can be down to earth when they want to be Kendall Jenner and Taylor Swift recently helped a friend decorate her apartment for the Christmas holiday. Their friend filmed the two famous women stringing up Christmas lights throughout her apartment. The footage then appeared on the friend’s Instagram account.

Matthew Bellamy recently spoke up about his breakup with actress Kate Hudson. The couple was engaged to be married before they called it quits. Matthew tweeted that they were both happy with their decision to part ways because it is what is best for both of them.

MTV has announced that comedian Amy Schumer has been tapped to host the network’s movie awards ceremony in 2015. The night that the announcement was made Amy posted her own promotional material on social media accounts run by the network.

In other celebrity gossip Slumdog Millionaire actors Dev Patel and Freida Pinto have ended their romantic relationship. The breakup reportedly came two months ago, though the former couple just went public with it. In a recent magazine interview Freida Pinto confessed that the reasons the couple broke up included interference in their lives by paparazzi and a lack of privacy.

Kim Kardashian has recently come under fire from Pippa Middleton for Kim’s bearing of her naked rear end in Paper Magazine. Pippa wrote an article where she expressed her distaste over Kim’s actions. She questioned the emphasis the American culture has placed on women’s rear ends and stated that she feels America has become obsessed with it.

That’s it for this week’s celebrity gossip. Check back next week for more news and gossip regarding everyone’s favorite actors, singers, models, dancers, and teen heartthrobs.