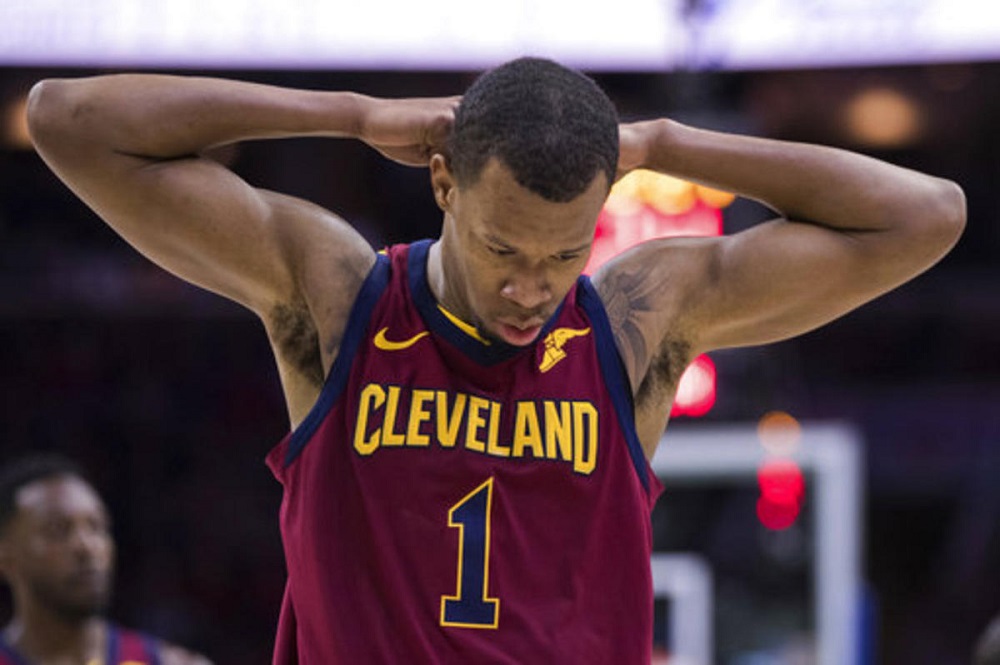 Rodney Hood’s playoff problems now extend to off the court.

Hood, who has seen his role reduced during his first postseason with Cleveland, will not be fined or suspended for refusing to enter Monday night’s Game 4 blowout win over the Toronto Raptors in the fourth quarter, a person familiar with the situation told media outlets.

Hood feels bad about the incident that happened with 7:38 left in the fourth quarter, and he expressed remorse on Tuesday to team officials about becoming a distraction, said the person who spoke to media outlets on condition of anonymity because of the sensitivity of the situation.

The person said disciplinary actions against Hood “were never a consideration.”

The Athletic first reported that Hood had angered teammates and others in the organization by rejecting coach Tyronn Lue’s instruction to enter the game.

With Cleveland leading 110-80 and on its way to sweeping the series, the Cavs called timeout to replace superstar LeBron James. Lue told Hood to check in but he refused, and guard Jose Calderon peeled off his warmup and jogged to the scorer’s table. It was observed that at least one assistant coach was shouting toward Hood.

Earlier in the game, rookie Cedi Osman came in with the second unit and played the minutes that had been going to Hood in Lue’s rotation.

The 25-year-old Hood is averaging 4.6 points in 17 minutes in the postseason. His playing time dropped in the second round — he began the playoffs against Indiana in the starting lineup — as he struggled with his shot and looked uncomfortable on the floor.

Hood scored just 2 points on 1-of-9 shooting in three appearances against the Raptors.

The Cavaliers acquired Hood at the Feb. 8 trade deadline from Utah. A first-round pick in the 2014 draft, he averaged 16.8 points with the Jazz, but the 6-foot-8 left-hander has never found his rhythm with Cleveland, which is back in the Eastern Conference finals for the fourth straight season.

Lue said he spoke with Hood at Sunday’s practice and that he understood his role.

“It’s been tough circumstances as far as the first round and playing now and getting spot minutes more than anything,” Lue said. “He could be better; he knows that. Just need him to be aggressive.”

Hood started Game 1 against Indiana, but after the Pacers beat the Cavs by 18, Lue changed his lineup. He swapped Hood with Kyle Korver and Cleveland regrouped, going 8-2 since the change.

Hood will be a restricted free agent this summer. 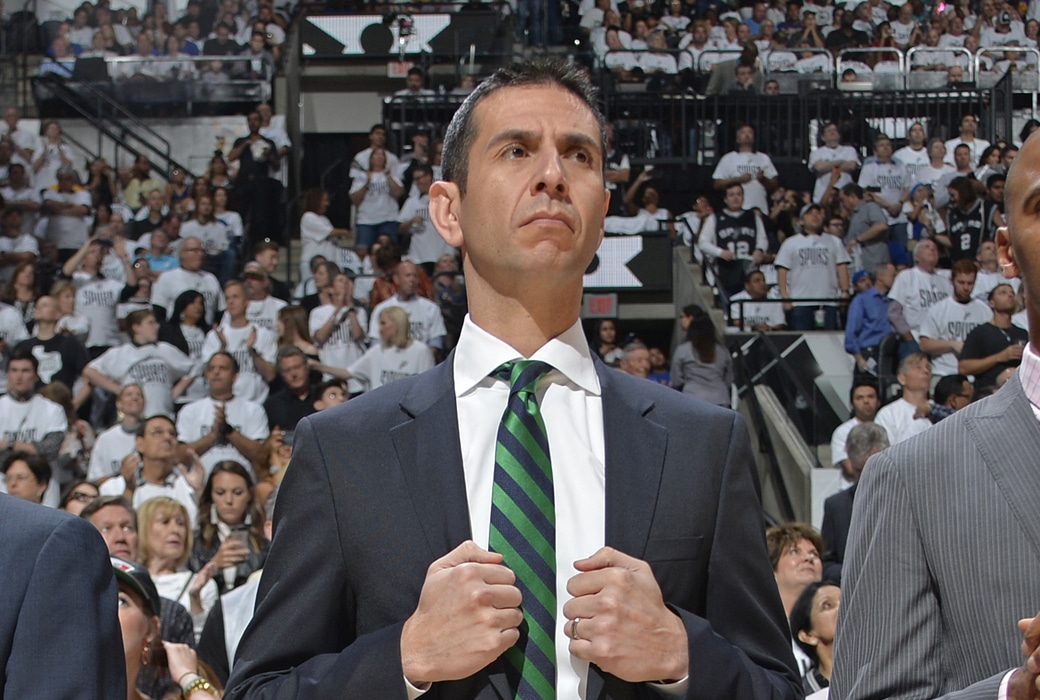 Michael Jordan has his guy.

The Hornets owner has finalized a deal to hire San Antonio Spurs assistant coach James Borrego as Charlotte’s next head coach, according to people familiar with the situation.

The people spoke to media outlets on Tuesday on condition of anonymity because the Hornets haven’t officially announced the hiring.

A news conference is expected in the next few days.

The 40-year Borrego has spent 15 years an NBA assistant coach, 10 of those with San Antonio under Gregg Popovich. He has been a part of two NBA championship teams — in 2005 and 2007. He also was an assistant with the New Orleans Hornets, well before the team moved back to Charlotte.

This will be his first head coaching job.

However, he did serve as an interim coach with the Orlando Magic late in the 2015-16 season after Jacque Vaughn was fired.

The Hornets are in the midst of a major change in the organization.

Under Clifford, the Hornets went to the playoffs just twice in five seasons and failed to win a playoff series.

Borrego, Larranaga, and Nurse were considered the three finalists for the job.

Now the big question becomes whether the Hornets will shake up their roster this offseason.

If the Hornets chose to rebuild, two-time All-Star guard Kemba Walker is easily the most tradable option because of his salary and production. The team also includes Dwight Howard, Nic Batum, Marvin Williams and Michael Kidd-Gilchrist.

Minnesota Timberwolves assistant coach Rick Brunson abruptly resigned Tuesday and the team said he had fallen short of meeting its “high standards of conduct” amid reports he had acted improperly toward women.

The Timberwolves announced Brunson’s resignation in a one-sentence release and later sent a statement about the 45-year-old former NBA player.

“Our entire organization — made up of the Minnesota Timberwolves, the Minnesota Lynx and Iowa Wolves— is deeply committed to creating a safe work environment for our employees, partners and fans,” the team said. “We work to maintain high standards of conduct and expect our staff to lead by example. We did not believe Mr. Brunson’s conduct was consistent with those standards.”

The Star Tribune, citing a source it did not identify, reported Brunson had been the subject of complaints of improper conduct toward women. The Athletic also reported that he was accused of improper conduct toward women while on the job. The Timberwolves did not return phone calls seeking additional comment and the NBA did not respond to a message.

In 2014, Brunson was arrested in suburban Chicago and charged with sexually assaulting a massage therapist. He was acquitted of all counts in that case, saying he had an ongoing extramarital affair with the woman.

The Timberwolves hired Brunson in 2016, and last season was his fourth working under coach Tom Thibodeau, who helped the team reach the NBA playoffs for the first time in 14 years. Brunson had previous assistant coaching jobs with the Denver Nuggets, Charlotte and Chicago, where he worked under Thibodeau.

Brunson played in the NBA for nine years, including stops in New York and Houston. He made it to the playoffs in five of his nine seasons, and was a member of the 1999 Eastern Conference champion New York Knicks, who lost to San Antonio in the finals.

Brunson is the father of Jalen Brunson, the men’s college basketball player of the year who declared for the NBA draft last month after winning two national titles at Villanova. The star guard averaged 18.9 points and 4.6 assists per game in 40 games for the Wildcats this season.