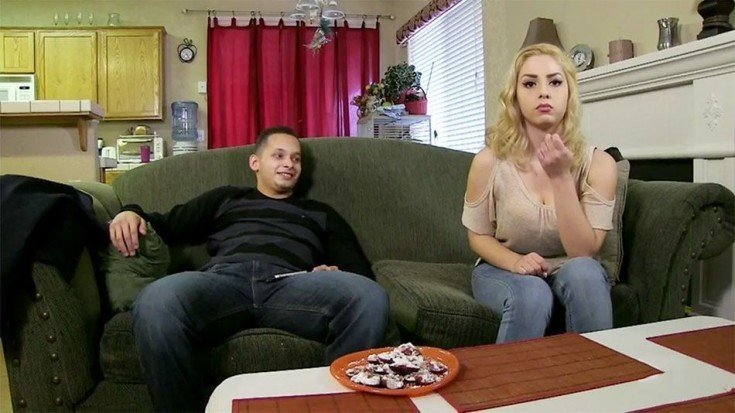 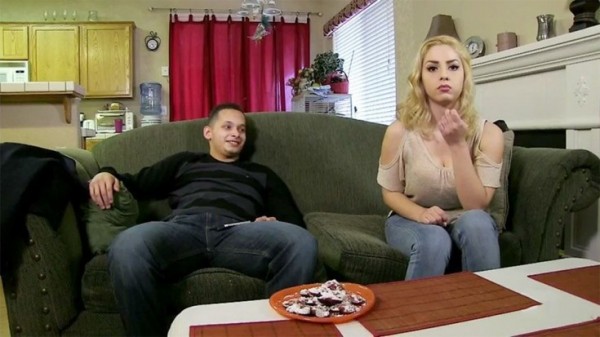 Season 4 Episode 10 of “Catfish” begins with Nev and Max reading out an email they received from Aurora, mother of Steven. She tells Nev and Max that Steven, who lives in Texas, has been interacting with a Californian girl named Samm online. She reveals that Steven has been “catfished” before, and therefore she is hesitant with his new relationship with Samm.

Aurora tells Nev and Max that Steven has never dated anyone other than over the Internet. If you can call that dating…

My question is: Steven, what’s wrong with meeting someone the “normal” way? Where you can actually interact with them face-to-face and not simply through emojis and Internet jargon?

Also, this is the third episode in a row where the “bait” is from Texas. What’s wrong with the dating scene over there?!

If its not already embarrassing enough for Steven to have his mom message the Catfish crew, Nev and Max go on a little rant, laughing about how embarrassing Steven’s whole situation is. Showing sensitivity to the whole “catfish” thing is definitely not their strong suit.

However, over video-chat Aurora reveals that Steven is completely aware that she has contacted Catfish and is completely supportive of reaching out for help, as he wants to know if Samm is the real deal or not.

Steven, whose apparently “goo-goo gaa-gaa” over Samm, met her over Twitter when he reached out to her after reading some sad tweets she posted. They began texting constantly and have talked over the phone a handful of times.

Steven goes on to tell Nev and Max that Samm helped Steven get through a “deep depression” he was going through when he learned he was unable to wrestle anymore.

Unsurprisingly, Steven explains how they have tried to video-chat but the “connection always fails.” In terms of pictures, the only ones Samm has sent to Steven are the ones that can be found on her various social media pages.

Now with some background information, the investigation begins…

Despite all the evidence that stacks up against Samm being who she claims to be, Nev and Max find that she has a YouTube channel where she posted videos of her wrestling. This leads them to believe that maybe she isn’t lying about her identity as much as they had initially thought.

They track down Eric, a friend who is tagged in one of her Instagram pictures. Minutes after sending a message to him, Eric calls them and reveals that he used to be in the same wrestling group as Samm in high school.

This starts the first theory: Jasmine has been acting as Samm and that is why she never wants to video-chat with Steven, because she is a completely different person.

Nev and Max go back to Steven and Aurora’s house and tell them their findings. Immediately Steven is beaming, as Nev and Max tell him how surprised they are to find that all her social media accounts and postings seem to check out. However, they then reveal the whole Jasmine theory. 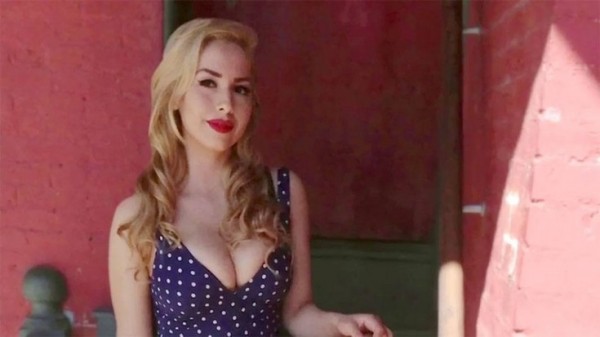 He gets Aurora to take a picture of him, Max and Steven and sends it to Samm. Right away, Samm responds and calls Nev’s phone.

At first, Samm is hesitant towards meeting Steven face-to-face, however, she finally agrees to meeting them as she has a “big secret” to reveal to Steven.

The whole crew, including Steven’s mom, packs their things and they fly out to California to meet Samm…or possibly Jasmine.

To everyone’s surprise, except Steven (who is 18 and therefore, believes everything on the Internet must be true), Samm opens the door and she is exactly who she presented herself to be on the web.

Nev then breaks the happy moment between Samm and Steven by asking Samm about Jasmine and presenting the theory they had about the situation. However, Samm reveals that she is the only person Steven has been talking too.

So what’s her big secret?

Well, Samm has been seeing other people off-and-on but has cut all those ties and wants to focus on her relationship with Steven.

Right away, Steven breaks into a huge grin. Hey, she didn’t lie about her identity, just about whether she was seeing other people or not! What’s the big deal right?! Man, he was quick to forgive.

The next day, Steven goes to meet Samm at a local ice cream parlor to talk about their future. Unfortunately, Samm shuts down every hope for a future Steven had. She reveals that she only feels a “friend connection” with him.

At this point, you can pretty much see Steven’s heart shatter. His voice begins to break, as he recounts all their past flirtation over text. However, this doesn’t change anything and Samm explains she is focused on college and her wrestling career.

And that’s the end of that.

Unfortunately, the fact that Steven wasn’t actually “catfished” didn’t stop him from getting his heartbroken. Samm couldn’t get over the fact that they didn’t really know each other as people, only as figments of the Internet.

Well, Steven, if anything is a sign to date people you can actually meet, I believe it is this.

Now for those of you that claim Catfish is all fake, here’s a story that will probably make you jump with glee. We don’t know if MTV twisted this story around without telling Nev and Max or if they knew this too. Hopefully not in the later case, but the real Samm quickly jumped online and did an interview with Catfish fans to set the record straight. Here’s what she had to say.

Samm did an interview with Catfish Fans in which she talked at length about the plot switcheroo as well as a number of other things, like what she’s been up to since the show and what it was like to actually wrestle Steven! Here’s her synopsis of how she and Steven met and how their relationship developed:

And here’s my real story on how everything lead to Catfish: a year ago, I had just gone to girls wrestling state championship. I lost my final match and it was the most devastating thing ever. I went on Twitter and tweeted how sad I was, then I get a message from a random guy asking if everything is okay. Most guys message me saying “hey lets chill” or “your hot hmu”, so for a guy to ask me about how I’m feeling, was different. So I replied and gave him my number. He texted me and he told me he was a wrestler so for a week straight we texted nonstop about wrestling! We started to get to know each other. But in the midst of all that, I got back together with my boyfriend of 4 years. I told Steven about him, and I would tell him what went on. My boyfriend of 4 years started to get abusive… hitting, kicking, throwing things, choking, and almost having me go to the hospital. I would tell Steven about these incidents on a daily basis. Steven hated it so much, and I hated to disappoint Steven by being with such a horrible person… So eventually I told Steven that I broke up with him. But it wasn’t true. I stayed with my boyfriend for two more months until I couldn’t take it anymore. We broke up on Valentines Day 2015. I did tell Steven when we filmed Catfish. But the catfish story they aired isn’t close to what the true story is. Me and Steven have always been best friends and not really romantic. And that’s why on the show I said we were friends but they made it seem like a horrible thing, but I expect to be best friends with him for life.

about catfish: the tv show