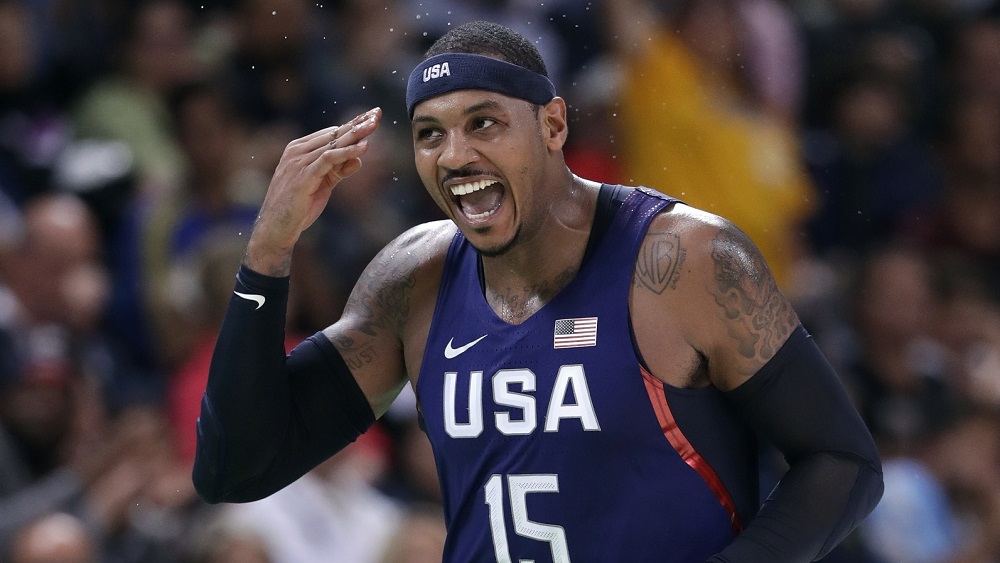 In my opinion, Carmelo Anthony is one of the most underrated superstars in the NBA. Along with Los Angeles Clippers point guard Chris Paul and New Orleans Pelicans forward Anthony Davis, Melo is often overlooked because of his situation—the New York Knicks haven’t contended for a championship in years.

That’s why Carmelo received an influx of criticism for underplaying their importance.

“Most athletes don’t have an opportunity to say they won a gold medal, better yet three gold medals,” said Anthony. “I would be very happy walking away from the game knowing that I’ve given the game everything I have, knowing I played on a high level at every level: high school, college, won [a championship at Syracuse] in college, and possibly having three gold medals. I can look back on it when my career is over—if I don’t have an NBA championship ring—and say I had a great career.”

Well, I’m glad you can say that looking back, Carmelo, because no one else will.

Of course, I don’t want to downplay the significance of Olympic gold medals. Melo is easily one of the greatest international players ever, and he’s now the Team USA all-time leading scorer in the Olympics, passing up LeBron in the team’s win against Australia.

Assuming the U.S. men’s team can get it together and bring home the gold (which may be a large assumption given the way they’ve been playing and all the close games), Carmelo will boast three gold medals (2008, 2012, and 2016) and one disappointing bronze medal from 2004.

But while those accolades look fantastic on his Wikipedia page, Carmelo knows that gives him no ground to stand on down the road.

The truth is, international basketball is easier than NBA basketball. The court is smaller, and the players are shorter and slower than their NBA counterparts. There’s a reason the superstars in international play are all in the NBA.

Still, Carmelo’s commitment to Team USA says something about his character. In a year where LeBron, Stephen Curry, CP3, and many other of the world’s best players decided not to attend for a multitude of reasons, Anthony stepped up to lead the team.

“Carmelo is the veteran and a super-likable guy,” said DeAndre Jordan. “We got 12 Alphas in here, but he’s the leader of this team, and we follow him.”

So like it or not, Melo and company aren’t sweating his comments. In fact, it was his good friend LeBron that told him not to respond or clarify himself. Anthony posted a picture of the two of them in Team USA jerseys with the following caption:

“Me: I’m bout to go off Bron: Chill, chill don’t do it Me: Why Not? Bron: Bc, they don’t even know the context of your answer or the question. Me: So, they could just get away with this? Me: Corny, B Bron: StayMe7o.”

To make sense of that jumble, LeBron said let it go, and Melo listened.

After all, LeBron wears the rings in that relationship.