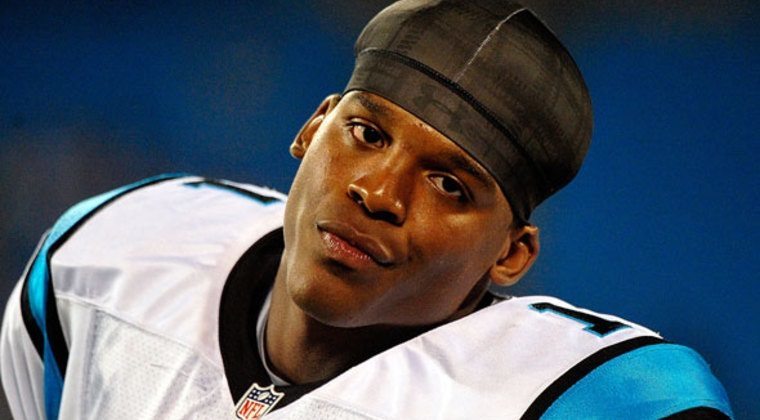 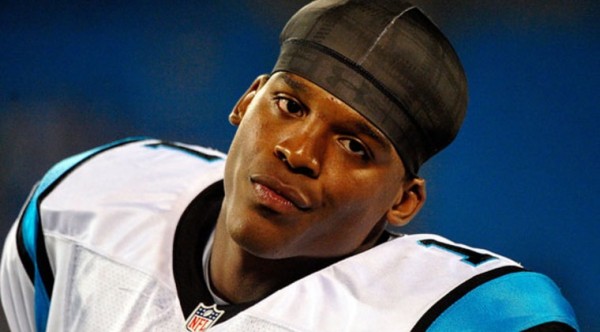 Cam Newton got his feathers ruffled a bit on Wednesday as a reporter pressed him about race being a factor in some fans’ dislike for the Carolina quarterback. Newton did bring this on himself when he brought race into the equation last week.

Don’t bring up something to the media if you’re going to bristle about related questions in the future, especially if you’re the starting quarterback in the Super Bowl. I would’ve thought Michael Jordan would have passed along that bit of wisdom to his protege.

MJ was never one to put himself in the middle of any social controversy anyway.

Newton later mentioned that he was irritated by the requirements of Super Bowl week. He said the pressure wasn’t different. Just more obligations to talk to the press when he really didn’t have anything new or interesting to say.

His exchange with the reporter who asked the “black quarterback” question showed a crack in the armor of the normally smiling Cam Newton. The guy was clearly put off by the reporter’s question and the fact that he pressed Newton when the quarterback tried to sidestep the question.

Obviously, the two weeks of Super Bowl media coverage are getting to the Panthers‘ leader. He’s had enough already, and there are a few more days yet before he can get away from all the boring questions.

I agree with Newton about the silliness of the numerous press conferences. But he’s wasting his time fighting against it. Yes, it’s dumb for him to talk to the media in the morning then again in the evening with nothing for him to report in the way of real news.

Instead of complaining about it he should just fight fire with fire. Stupid / boring questions should be met with stupid / boring answers. Newton can look to Bill Belichick if he wants a plan of action when dealing with press conferences. Say nothing of consequence and the reporters will tire of asking you questions, then everyone can go on their merry way.

Be boring. Be very boring.

By getting even the slightest bit irritated, the press is getting what they want in the way of news. Cam let them get to him, and his displeasure with the Super Bowl coverage became a story. His thoughts on race became a bigger story because he willingly put it out there for the world to feast upon.

This is the gameplan of the media during Super Bowl week. They’ll keep pressing with mundane question day after day until someone slips up, preferably a star player. A star quarterback is even better.

There are few players who like this insane coverage. Whackos like Jared Allen can play to the media all day every day. He has that personality and carefree attitude.

For the vast majority of other NFLers, they should be very careful with their dealings with reporters during Super Bowl week. Cam is finding that out the hard way. But he’s still a young man who will get better at it over time.

A couple more Super Bowls and he’ll learn to tolerate the media instead of doing their jobs for them by adding fuel to the fire.

Hopefully for Carolina, the media attention doesn’t throw Newton off his game. As well as he’s played this year, even Superman’s not immune to the pressures of the Super Bowl.