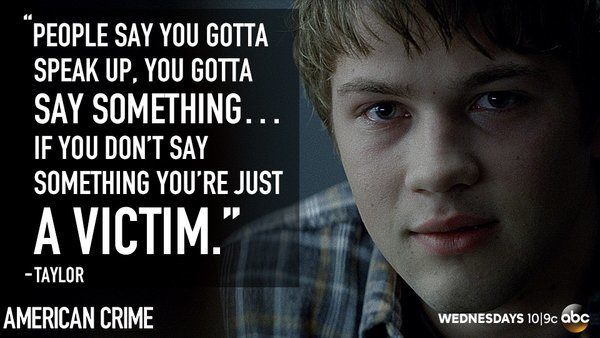 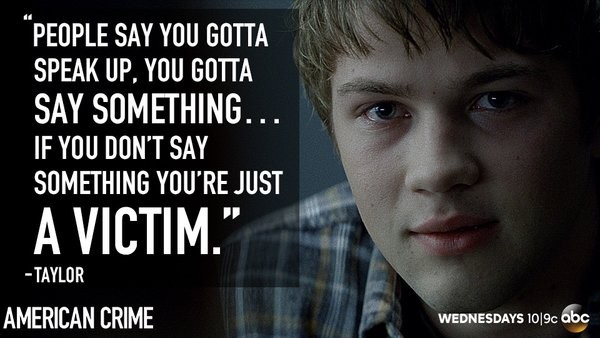 This week “American Crime” does a 180 with episode five as the police start to take the rape of Taylor Blaine seriously and Coach Sullivan quits as a show of support for the young man. Even the cold blooded Leslie Graham has a crisis of conscious and expels the entire basketball team from Leyland.

Actually, none of that happened. Nothing got better for Taylor, and Coach Sullivan would choose his coaching job over his own wife if need be. As for Graham, she should run for political office. She is as conniving and heartless as any politician I’ve seen. Vladimir Putin thinks this lady goes too far.

Episode five opens with Taylor being questioned by the police about his texts to Eric before and after the assault. The cops feel like Taylor wanted to get with Eric, so there’s no way he was raped.

Anne just wants to know if they are going to arrest anyone and can’t understand the disconnect.

Eric comes off as a jerk when interviewed by the cops. His mom can’t bear the conversation about her boy’s version of the events. It was an abrupt closet exit for her and the family, learning about her kid’s sexuality at the same time he is accused of rape.

It’s obvious Eric isn’t sorry for what happened and is told so by the female detective. 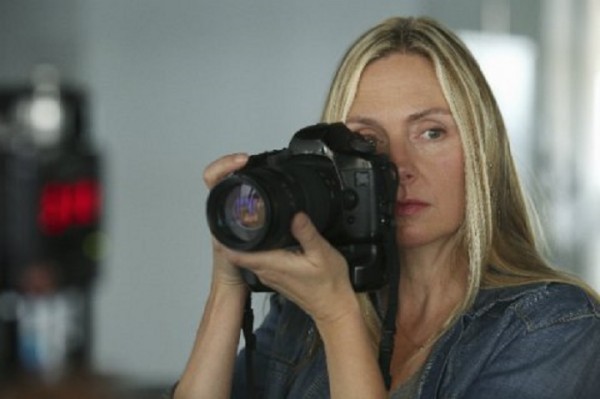 Graham continued her manipulation of the situation by trying to feed strategy to Coach Sullivan through his wife. Steph Sullivan isn’t going for it and tries to convince her husband to walk away from his job later in the episode.

We see very little from Kevin this week except where his teammates say they’re not gonna say anything to the police.

What’s there to say? It seems like all the trouble should lie at Eric’s feet unless Kevin was the main culprit who wanted to embarrass Taylor online.

Evy lets Taylor know just how pissed off she is, having been lied to by him. Girl feels used clearly, and she’s worried about STDs since she doesn’t know what else Taylor has lied about.

Evy does stick up for Taylor when she talks with the police. She makes it clear that her boyfriend at the time of the party was incapacitated by something other than alcohol. She dropped the line of the night, asking the detectives, “How many people have to say this was rape before you care?”

I would think one is plenty. Certainly both Evy and Taylor’s word together should force the cops to take action.

Not the case, though.

Eric tries to have a talk with his old man about being gay. The dad is trying to be supportive but doesn’t want any part of that conversation yet.

Principal Chris Dixon now has a protest on his hands after failing to listen to the concerns from a couple of Latino students about their buddy Matayo being suspended after the hallway brawl. Dixon went as far as calling their friend a thug, which if directed at a black student would have enraged the principal. The little student protest afterward is going to grow in the coming days.

Relief. As strange as it sounds, that’s what Taylor feels when he and Anne learn there will be no charges filed against Eric. He wants to be assured his mom is going to drop this for good. 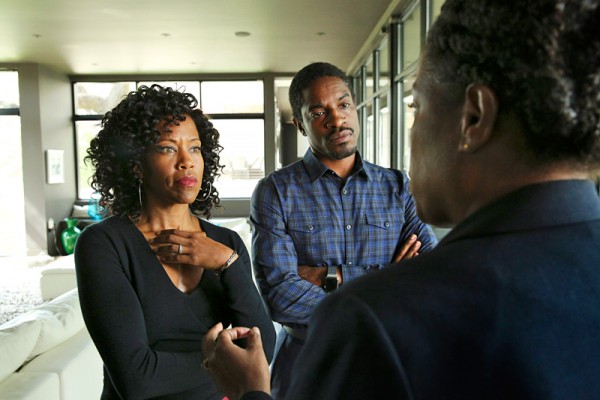 Kevin’s parents are pissed when they learn the investigation is going to hang over their son’s head even though he isn’t being charged at the moment. Michael LaCroix lets the detective know he isn’t going to be “reasonable” about this situation even though he appears much calmer than his ferocious wife.

Headmistress Graham is beaming with pride as she maps out the strategy going forward with no charges coming. Taylor will be put out there as a liar, and Eric will be embraced as a show of tolerance from the school.

“The other boy lied. Ours told the truth.”

Tolerance good. Directed toward a rape suspect? Not so good. But the board is pleased with Graham as she’s congratulated as it seems the school will come out of this unscathed. Still no one is concerned that Eric could have raped another student and is going to be welcomed back into the fold.

I loved Taylor’s painting of the Samurai falling on his own sword. I don’t think he’s contemplating suicide. The connection to the painting is him living with what happened instead of prolonging the suffering that would come with the case continuing.

Eric’s brother Peter had the most astute observation of the night when he told Eric he was an asshole.

Steph Sullivan has little luck convincing her husband to quit his gig at Leyland. She makes great points about his team not being what he has tried to mold them into. They lied when the stakes were highest. The coach really doesn’t want to know the truth about the rape and feels guilty about Eric’s suicide attempt. 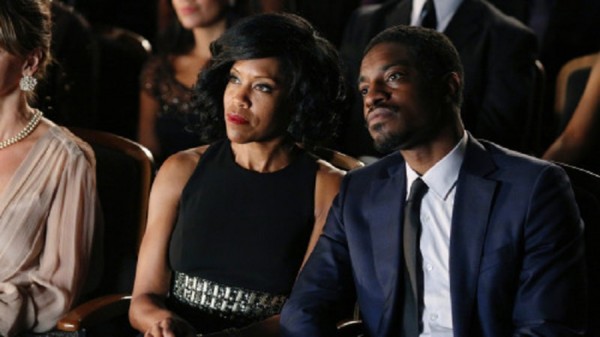 As for the big fundraising event with the interpretive dancing. It started off with Graham saying how proud she was of how her students handled the incident involving Taylor. She also set the tone going forward with her “Real men tell the truth,” one liner. 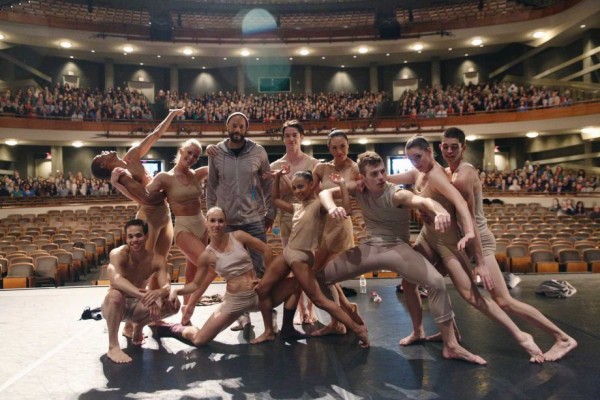 As for the actual dance itself. I haven’t the slightest clue what it meant. For all I know, Ron Rivera choreographed it during his off time as he preps for the Super Bowl. It was jerky, rough, and just plain weird. Something that a football coach would come up with if forced to teach dance.

I’ve got a feeling the pace is going to pick up starting next week on American Crime. Anne was prompted to not give in to the school by a parent whose daughter was bullied by a Leyland teacher. She doesn’t need much encouragement to keep fighting in spite of Taylor’s objections.

As for the rape charges. The fact that the cops mentioned the case could ramp up again with new evidence makes me believe something new will come to light.

No way Eric gets away with rape and surely Graham will be seen for the monster she is….right?

If the show is true to real life, then both these characters could easily come out smelling like a rose.

Up until now, season 2 of American Crime had been intercutting brief instances of this dance troupe’s rehearsals with direct instances pertaining to the underlying school scandal. For example, tonight’s episode opened with one of these erotic rehearsals spliced with a detective reading the graphic texts between Taylor and Eric Tanner, out loud, during a meeting with Taylor and Anne Blaine. But it wasn’t until the actual performance that everything came together, and the resemblance between the muscular dancers in flesh-colored costumes and the three-way love triangle between Taylor, Eric, and Evy Dominguez was unmistakable to anyone who has been watching American Crime this season. However, it shouldn’t come as too much of a surprise that neither headmaster Leslie Graham, nor any of the parents in the audience, picked up on this parallel, especially when one male dancer walks away, leaving the other one sad and alone. And I guess it was just the TV audience, not the Leyland one, who could hear the heavy, sexual breathing emanating from the stage.

The point American Crime seemed to be making in this episode, is that people will see and hear what they want to see and hear — and that they will believe what and whom they want to believe. This is why the truth about what happened between Taylor and Eric the night of the Captains’ party continues to be a muddled affair. Both boys offered up their testimony to the detectives tonight, each painting the other guy as the antagonist, and leaving us with little more than a maddening “he said, he said” situation.