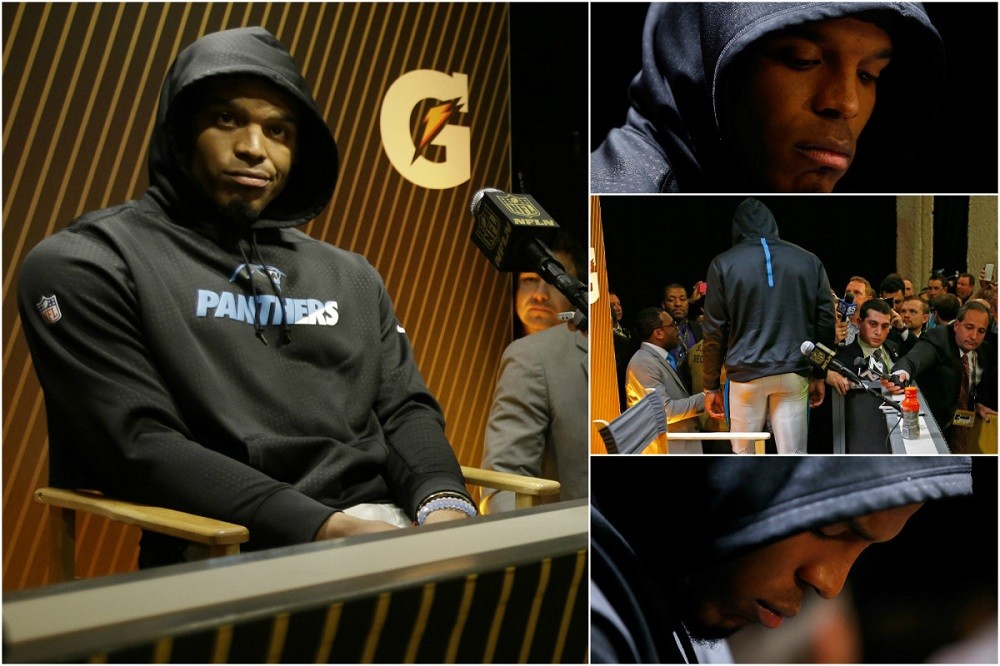 Cam Newton’s teammates continue to defend their leader during the offseason for his post-Super Bowl sulking. Guys like Thomas Davis and Greg Olsen have Cam’s back more than the hesitant quarterback had theirs when he refused to dive on a fumble in the big game.

Both Davis and Olsen, in separate radio interviews, said they have no problem with Cam being himself in defeat. They see the Carolina QB as just wearing his emotions on his sleeve.

“Some people may not like it,” Olsen said. “It might not be traditional or what they expected but Cam’s true to himself and at the end of the day the only thing that matters is how do the guys in the locker room respond to him — how the guys in the locker room respect him and rally around him — and that’s never been an issue since the day he got here as a rookie in 2011.”

We get it. Nobody wants to talk about getting beat on the biggest stage in the world. Especially in a game that Carolina was heavily favored and the opponent being lead by a broken down Peyton Manning.

But Newton defenders are getting it a bit twisted. Critics of Cam aren’t saying he should have been in a good mood after the Super Bowl loss. Dude had every right to be upset.

NFL players having a good time on the field is great for the fans and the League, even though the stuffy powers that be would disagree. Cam’s idea of having a good time was symbolically ripping his shirt open, like Jor-El’s kid, when he made big plays (and sometimes routine ones). The Panthers quarterback also turned a simple dance into a national trend.

In short, Newton’s fun came from showboating and showing up his opponents.

When the fun stopped, he was not accountable for his failures. Every single NFL fan would have been, at the very least, understanding of a disappointed player losing the biggest game of his career.

Cam could have opened up about his team’s defeat on the field. That would have even garnered him a few more fans based on sympathy. If only he would have been man enough to let the world see that side of him.

While it’s good to see other Carolina Panther stars stick up for the face of the franchise, they’re not really helping Newton in the maturity department. By having his back, they are just enabling him to do more of the same going forward.

He needs to know that people didn’t jump on him for being in the dumps right after losing the Super Bowl. The piling on started and still continues because Cam wants to be open only when things are going his way.

Unless that attitude changes, Newton will be in for a rough ride the rest of his career.

He only needs to look at super successful guys like Peyton Manning and Tom Brady to see how many tough losses they endured….and how they were accountable afterward.