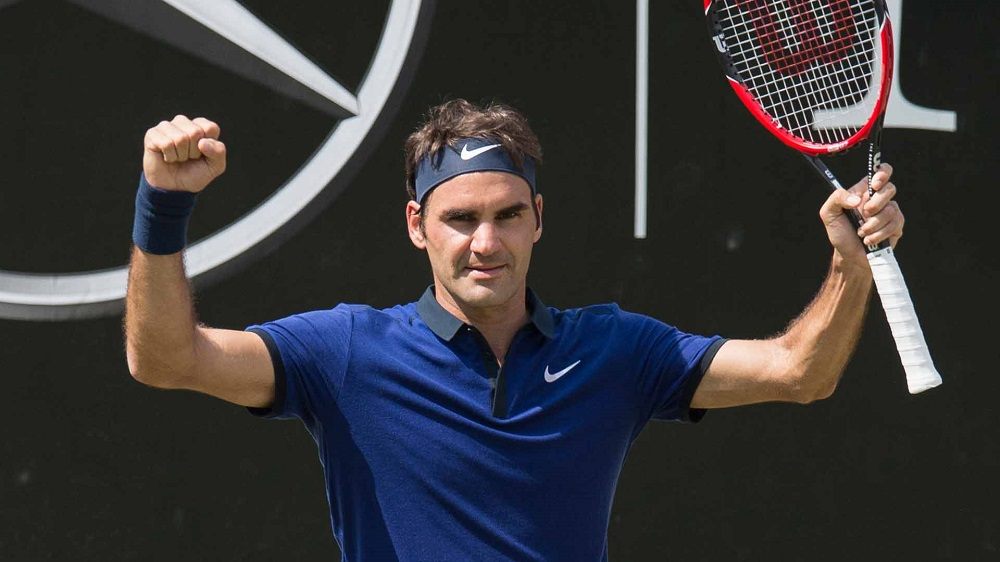 ESPN conducted a poll among tennis pundits recently, asking them who the top-20 tennis players of all time were. Mixing men and women in together. the results were published on Thursday with the following rankings:

The results are not surprising. However, I think it’s important to weigh-in historical circumstances when assessing an all-time list.

For example, Federer as the No. 1 might actually ignore something glaring about his career: there is no male in the list who is similarly aged. The relevance of that can be shown with some comparisons. Sampras, for example, had Agassi to contend with directly for basically his entire career. Likewise, Agassi (b. 1970) had Sampras (b. 1971) to contend with and the two players curbed one another’s results. In the same way, Djokovic and Nadal are similarly aged, and they have curbed one another’s title counts over the years as well.

But Federer was born in 1981, and there isn’t a player in the list above, for men, who was born near that time. Djokovic and Nadal were both born in 1987 and 1986 respectively, a very large gap that gave Federer several years to reign supreme on tour before another comparable talent emerged. But even when Nadal did come along, he bloomed on clay long before he blossomed on grass or cement – giving Federer three majors a year to be the favorite in. Born ten years after Sampras and five years before Nadal, Federer truly had a wide-open window of opportunity to demolish a weak era of competition.

Great players that are similarly aged to Federer include Andy Roddick (b. 1982), Lleyton Hewitt (b. 1981), Marat Safin (b. 1980), and Juan Carlos Ferrero (b. 1980). These truly are amazing players who would likely appear on a list that mentioned the top-50 players instead of just the top 20. However, these players are all well below the likes of Sampras, Agassi, Nadal, and Djokovic in terms of their tennis aptitude. It clearly looks like Federer played several years on tour as the only player who was worthy of all-time great comparisons and that appears to have bulged his title counts and weeks spent at No. 1. 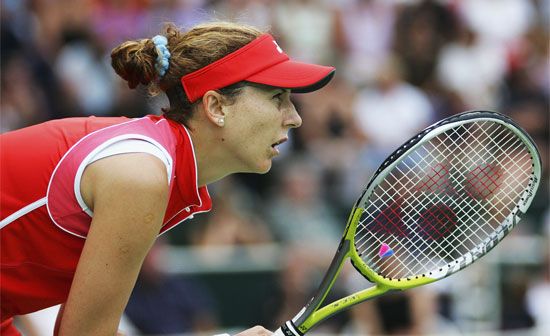 When it comes to the women’s side of things, there’s a glaring problem in ranking Monica Seles so low on the list. The historical event that has affected the general opinion of her career, whether people admit it or not, is the on-court stabbing that she suffered on April 30th, 1993.

For young readers that aren’t familiar with the event a pro-Steffi Graf nutcase stabbed Seles in the upper back during a rest period of a live match. Before the stabbing, Seles had beaten Graf in the finals of the 1993 Aussie, the 1992 French Open, and the 1990 French Open. Seles was only 19 years old at the time of the stabbing, and she already had an incredible count of 8 Grand Slam titles to her credit.

But after the stabbing, Seles would never quite be the same, despite winning another Australian Open, and Graf’s career totals clearly benefited. Furthermore, I think it’s worth pointing out that Seles’ injury was not a tennis injury that reflected on her fitness or athleticism: there is no training that makes you immune to literally being stabbed in the back. In this way, it is different than injuries that might have curbed the totals of several other players.

Graf would win the next four majors with Seles out of commission, namely the 1993 French Open, Wimbledon 1993, the 1993 US Open, and the 1994 Australian Open. By the time Seles returned, Graf had also won the 1995 French Open and Wimbledon 1995, tournaments that Seles could have been the favorite in had she not been stabbed.

When it comes to titles, the matters have to be settled on the court, and that’s the tragedy of Seles’ career: the attack prevented the showdown between established veteran and emerging talent, a kind of showdown that we’ve seen at many other times on tour. But all-time great debates are far more subjective – I think it’s fair to at least suggest that Seles would have won three of the Slams just mentioned and, conservatively, maybe even six or seven more in her career if not for the attack. After all, players like Martina Hingis, Serena, and Venus Williams were still a few years away from emerging. It’s entirely plausible that those three players would have seen curbed title counts in the late 1990s and early 2000s if Seles had never been stabbed.

That the best players of all time rarely compete with one another in their prime is a fact that will always make these greatest-ever lists highly debatable. However, for those that think that Federer is a dunk for the No. 1 I ask you this: if he had a player like Sampras, Agassi, Djokovic, or Nadal born in 1981 would Federer have the title count that he does have? My answer is no – it would more down to Earth. For those that think that Graf is the best women’s player ever, don’t forget that Seles was starting to own her in big-time matches before a pro-Graf nut actually put his stamp on the list above by taking Seles out of commission, thereby clearing the path for Graf to her 22 Slams.

My opinion on all the players in the list is that the differences in talent are marginal, and it’s historical circumstances that elevates one player toward the top while demoting another. I do think that Federer is a major prospect for the Greatest of All Time on the men’s side. However, it’s way more debatable than what people think. Furthermore, I think Seles belongs in the top five with the jury out – forever – on how she would have measured up against a late-career Graf and an early-career Serena. If I constructed my own list, I would have Seles in the top five for certain with much to think about in regard to the very top.