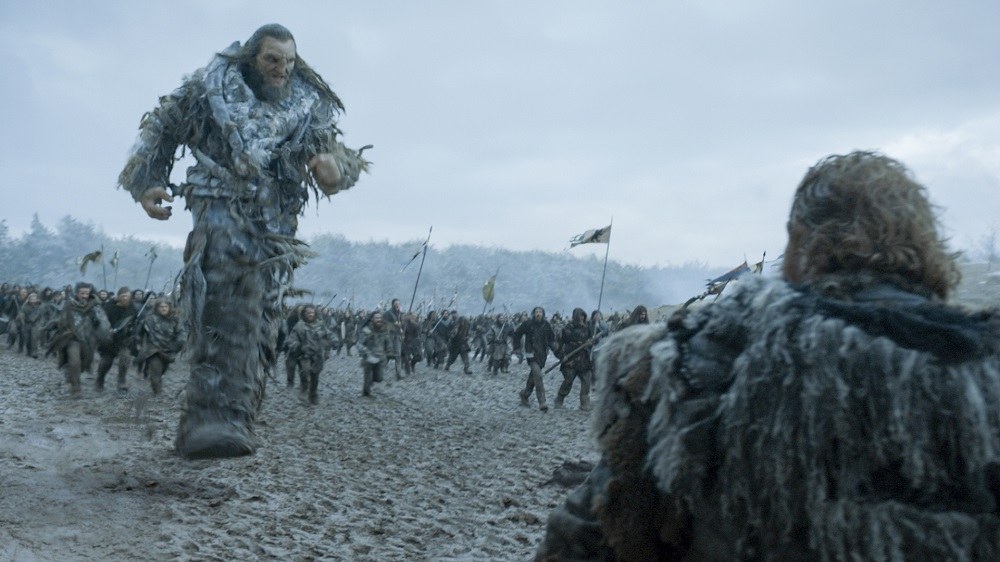 Finally an episode of “Game of Thrones” that’s absolutely satisfying. Some real hardcore justice was handed out on Battle of the Bastards.

That justice was met with thunderous applause from HBO viewers who’ve had to endure horrible people on GOT have their way with the decent folks for far too long.

Let’s get to Daenerys first and save the BOTB for last.

If Dany had her way, she would have destroyed every living being associated with the slavers who were attacking Meereen. But Tyrion, after sugar coating his mistakes in dealing with the masters, talked her down.

The result was the three leaders of the slave traders seeing the Mother of Dragons wreck their little fleet with all three of her dragons. She simply showed her power on a couple ships so she would have the rest of the fleet to use once they saw how hopeless this battle was.

While the dragons were blowing up ships, the Dothraki got in on the fun by crushing the Sons of the Harpy.

Dany had told the three headmasters, “My reign has just begun.” And this show of force should leave nobody doubting that truth.

And the three heads of the slave trade….they are down to one. He was left alive by Grey Worm to tell his people what will happen if they get any more wild ideas about opposing the Queen.

After the battle, Theon and Yara show up to come before the throne. Dany is quite amused by Yara’s talk of her uncle wanting to offer his fleet and “big cock” to the MOD.

There were a couple of parallels between Daenerys and Yara so they seemed to get on famously. Of course, Yara had to promise to cut out the raping and plundering once she assisted Dany in winning the Iron Throne.

Can these two ladies truly “leave the world better than they found it?”

I feel much better about that possibility after what I saw in episode nine.

Now for the Battle of the Bastards. Ramsay Bolton has had his way for far too long. It was about time we saw him get his comeuppance.

The only trouble was that Jon Snow looked to be making the same mistakes has his father and all the nice guy Starks before him.

Even after Sansa warned her brother that Ramsay would lay a trap instead of falling into one, Jon still took the Rickon bait.

“Don’t do what he wants,” was obvious advice from Sansa. Still it wasn’t obvious enough. Ramsay drew Jon out into danger right before the best GOT battle I’ve seen to date, by sending his little brother running toward Jon’s troops.

Rickon is killed before Jon reaches him and Jon looks to be all but done for with his stupid, although understandable act.

But Jon is saved from trampling when his horsemen blow right by him to oppose Ramsay’s mounted troops.

The battle that played out then was epic.

Would the giant survive? Would Davos be able to focus on the fight after learning about his little princess’ horrible death?

During the bloody fight, Jon appeared invincible as he killed a pile of Bolton soldiers, all the while avoiding the arrows from above. Jon was just lucky, but maybe destiny really is protecting him.

It looked all but over for Jon and his men as they were surrounded by shielded fighters with spears ready to turn the Wildlings into shish kabobs. Jon went down in the mosh pit and…cue the sad-ass music. Dude was all but suffocated, and Tormund was in a fight for his life.

Tormund eventually went with a neck bite to finish off his foe and Jon managed to get to his feet in time to hear a welcome trumpet.

Little Finger had brought in the cavalry that began running through the shielded Boltons like water. The battle was over, and finally the good guys got a damn win.

Ramsay bolted like a coward of course, thinking he could hide behind the walls of Winterfell. That was not to be as the Giant made his last heroic effort by breaking down the doors before he finally gave up the ghost.

Ramsay took out the giant with one final arrow. An arrow that he should have used on Jon, who was right beside the giant.

The one on one battle Jon asked for earlier sounded like a great idea to Ramsay now. Jon was all for that, but the safe thing to do would have been to order his men to kill the monster.

It was much more satisfying to see how many licks it takes to get to the center of a Bolton’s mashed skull. 21, for those who lost count of Jon’s ground and pound.

The episode ending would have been perfect as the Dire Wolf flag of the Starks was hung back in its rightful place on the walls of Winterfell. But there was one more glorious moment coming.

Sansa would get her revenge on her rapist husband.

This is not the scared little girl who had to watch her father beheaded by a mad king. She told a badly beaten Ramsay that he would not only die shortly but “his name would also disappear forever.” 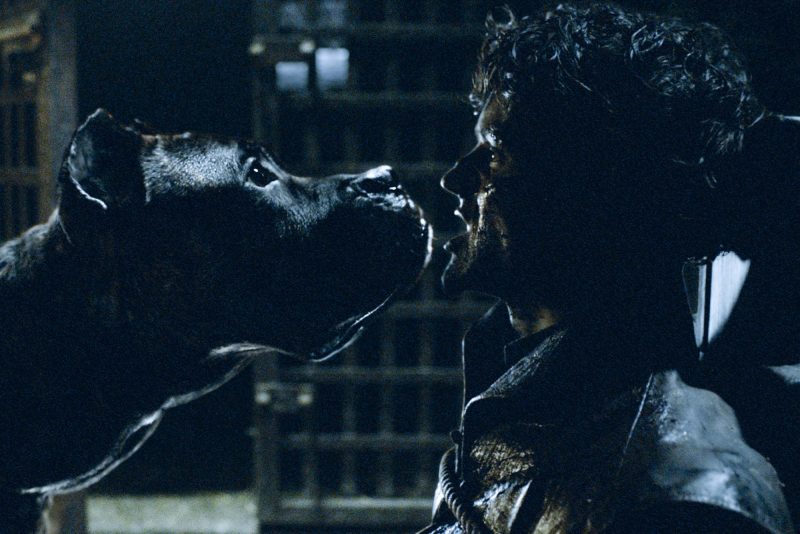 That line is a big comfort to GOT watchers. These evil folks may have their day in the sun, but it’s the moral characters who raise their family to be strong and good, who will win the long tail battle……I think.

Sansa had no problem watching Ramsay being eaten alive by his own starved hounds. It had to be the best day of her life.

And for me, this death was the most satisfying yet on GOT. Even more so than when little Joffrey bit the dust.

One episode to go. So, was BOTB a top five episode for you? Was for me…..