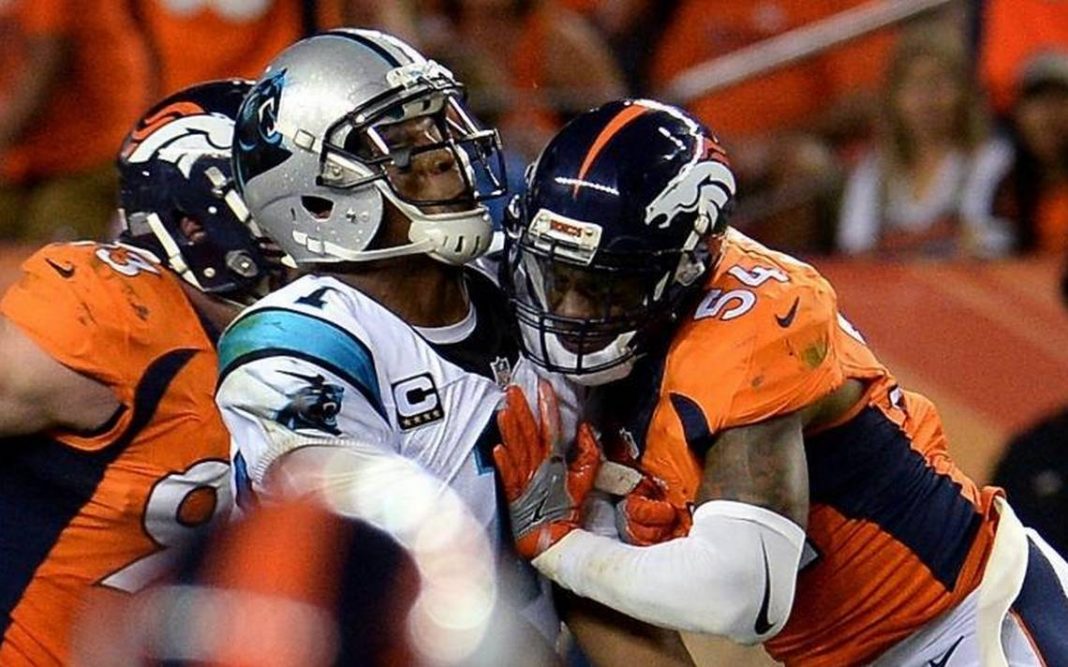 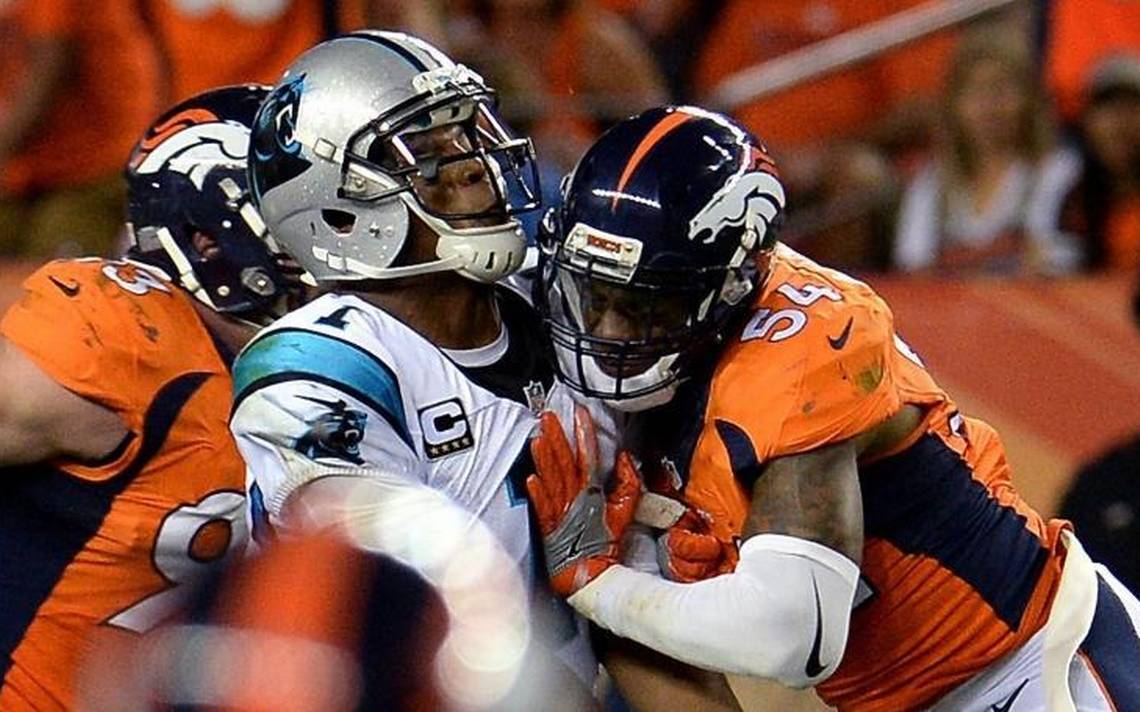 The beating that the so-called Superman of Carolina, Cam Newton, took on opening night of the NFL season, is just a debate for the media. Sure the refs missed some calls that should have helped Cam Newton and his Panthers as the game wore on.

But the main thing to know is that we’re still playing football here. It is still a game based on violence. And quarterbacks that choose to leave the safety of the pocket are subject to increased levels of violence as defenders seek every avenue to get these running QBs to the ground.

Denver laid the wood to Newton in the Super Bowl rematch that kicked off the 2016 season. The defense won this game, just as they won the title for Denver back in February.

For those of you who love high-scoring offenses, never forget what a nasty defense can do to all that finesse. Guys like Von Miller and DeMarcus Ware know are really good at hitting finesse in the neck. After three-quarters of that kind of abuse, finesse is not so pretty come the fourth quarter of a football game.

Carolina may go on to rack up 30 plus points in the other 15 games they have on the schedule. But Denver is a different animal. They have a defense that can beat a high- powered offense led by the League MVP, even when the Broncos only have a used up Peyton Manning or totally inexperienced Trevor Siemian as their own quarterback.

Cam Newton, to his credit, didn’t whine about getting knocked around in this game. He is already seen as the League’s biggest cry baby after last year’s post-Super Bowl pouting. His favorite target, Greg Olsen, did defend his QB after the game, however.

Olsen is right of course. Newton should get the same calls as any other quarterback.

“Should” and “will” are two different things, though. In a perfect world, the refs would be consistent with these calls. But football is not a perfect game and the refs are far from infallible.

We see game after game where the QB has his helmet brushed by a defender, and the flag comes out. Then five plays later, the passer gets a flying head shot in a pileup, and no penalty is called.

The officiating is just never really consistent in the NFL. The refs are part-timers, some of the rules are fuzzy, and of course, fans at home can make the right call when watching in super slow motion in high def.

The fact that Cam Newton runs around like a beefed up running back doesn’t help his case in getting calls either.

For one, the refs are not in a great position to make calls when he leaves the pocket. A guy like Tom Brady stays put when passing so the ref has the perfect vantage point in order to toss a flag if he is abused by a linebacker looking for blood. 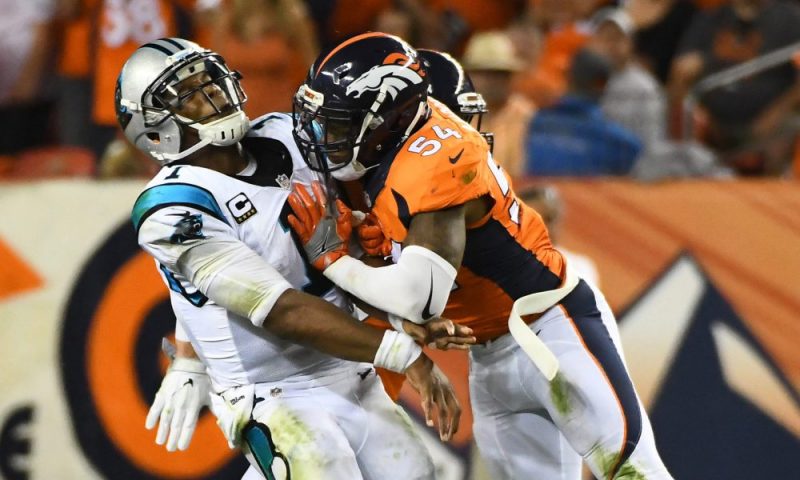 And there’s the subconscious issue that hurts Newton’s case. Refs are watching this 250 pound QB slam safeties to the ground as he scrambles to the first down marker. Then on the next play, Newton is begging for a flag because a defender came in a millisecond too late on a hit?

Can’t have it both ways Jor-El. If you’re gonna put yourself in harm’s way by running the football, you are setting yourself up to be hit harder than pocket passers. Again, it goes to the subconscious level with the officials. Also with the defenders. A linebacker who gets chewed out on the sideline by his coach for letting the opposing QB average eight yards per run is going to be more intense the next time he gets a shot at that quarterback.

If a guy like Newton is making that job harder, then the defenders, as a group, are going to step up their nastiness. From their perspective, he is getting all the benefits of the safety rules for passers but gets to act as a running back whenever he chooses.

So there is no way any rule can erase the objective of defenses when it comes to stopping a guy like Cam Newton.

This storyline may continue all year as other defenses copy what Denver has done to Cam.

The blueprint is not complicated. Hitting any quarterback, no matter how powerful the offense, has always been a recipe for success in the NFL.

Most teams just don’t have the right athletes to do it to Cam. Denver does and has shown their athleticism and hard-nosed mindset is enough to stop even Superman.

Fans of abused quarterbacks may cry about situations like this for the rest of this year and beyond. The media may lament the terrible hits on these passers.

All that matters not. Football has to be entertaining.

Stopping the game every five minutes for concussion protocol would allow something like baseball to actually be competitive with the NFL’s TV ratings.

Violence will never be legislated out football as long as the product exists. Every player now knows the dangers. If they still sign up for a football career, then they accept those risks.

And if a passer leaves the pocket on a regular basis, his risk level is tripled. Even on plays where he doesn’t want to test the manhood of a pissed-off safety he embarrassed in the first half.