The Dancing Dolls head to Atlanta for the Dance or Book It competition this week. One of the teams competing against them is their hometown rivals the Purple Diamonds. DD is doing the solo and stand battle competition and plan on beating them into the ground. Diana is doing her usually stand battle cuts because this is uncharted territory and she wants to make sure they have their stuff together for one of the biggest competitions of the year. This week too, Camryn is once again doing the solo as she is being groomed to be the captain to take Kayla’.

While the moms are outside talking about who should be able to make it because the girls need to go in and kill it, they say to each other that newbies don’t need to be on the floor in Atlanta. Of course ZaTia’s mom doesn’t want to hear this and she stands by herself looking into the practice listening to them like, “Whatever!” ZaTia is obviously having trouble maybe because of the pressure but even her mom says that she is not doing her best. She knows that she can do better and has to because Diana wants the best of the best on the floor. In the end, ZaTia and two other girls are sent to “find her life” and to get off the floor. At this time Tawantza calls her to the door and tells her that she needs to try harder.

Camryn’s mom Meme pulls Tawantza over to the other parents and tells her that she needs to cool it because the girls are already under pressure and the big competition this week is already heated. Tawanda does not want to hear what she has to say. She tells Meme and the others to mind their business and worry about their own daughters. She doesn’t really care about the good of the whole squad and is working to secure ZaTia’s spot “with the big girls on the floor.” 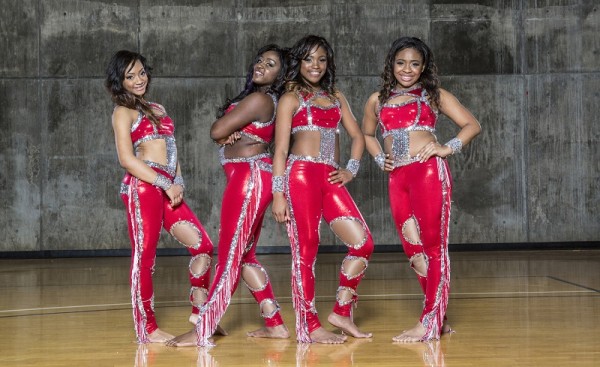 I feel Tawantza on this but she has to understand that ZaTia is not the best right now and being the captain of the baby dolls doesn’t mean anything, obviously, because she is not keeping up with the rest of the team. I think she needs a reality check, which Meme was trying to give her in a nice way, but she didn’t want to hear it.

Meanwhile during the practice, Camryn is having trouble getting it together. She loses it and breaks down crying. Diana tells her the whole weight of the team is riding on her and now is not the time flake. She doesn’t think she can get it together in time so she actually pull out of the solo competition which Meme is not happy about.

Diana takes a break from the girls to spend some time with her husband and son. She realizes that she has not been giving her family the attention they need because she spends so much time at the Dollhouse. But she makes them dinner and they spend some quality time together. She talks to him about what’s going on with the girls. It is always refreshing to see this side of Diana. A much needed break from her cussing and yelling at the girls.

The day of the competition comes and it is apparent that the Dancing Dolls reputation precedes them. Every team talks about beating DD and that they are coming for them (even though the Purple Diamonds are the ones we focus on this week… again). 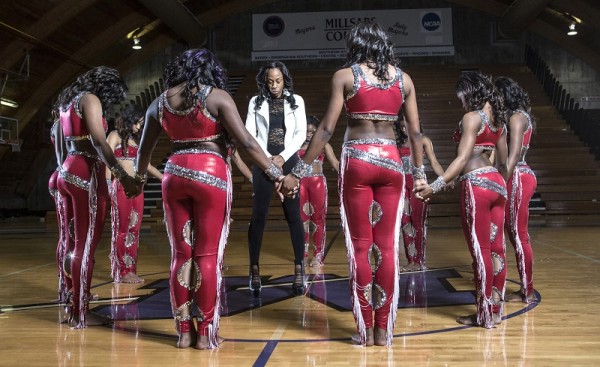 At the competition, even though her daughter is not performing, Tawantza shows up. Meme tells her to stay by her friend Selena because she is still burnt from how she responded to her when she tried to give her advice at practice. Tawantza says she’s not worried about and she’s not going to get into with Meme because she is a lady. Okay… yea I can see that.

When the solo captains go on, they look really good and it is apparent that Camryn was not ready to compete on that level but Meme did not want to hear that. She says that next time she’s going to put her daughter out there regardless. Um okay Meme… sure you are.

The competition that everyone is waiting for, stand battle, is next and the Dancing Dolls dance against, Love, Joy Diamonds, a feisty team from Atlanta. They don’t hold back and the white girl leading them is bad to the bone. Their routine, however, was not enough and the Dancing Dolls win that round.

The competition proved to be super fierce. During the final round, both teams brought their A game but I have to say that the Dancing Dolls brought some moves that I haven’t seen before. To be truthful, I don’t think that the Dancing Divas were better than the Purple Diamonds and in my humble opinion, DD kills it against them in the last battle.

In the end, the Dancing Dolls win and it is no surprise because they really brought it this week.