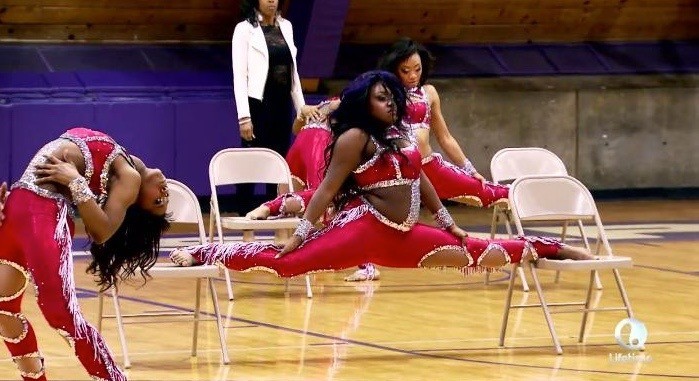 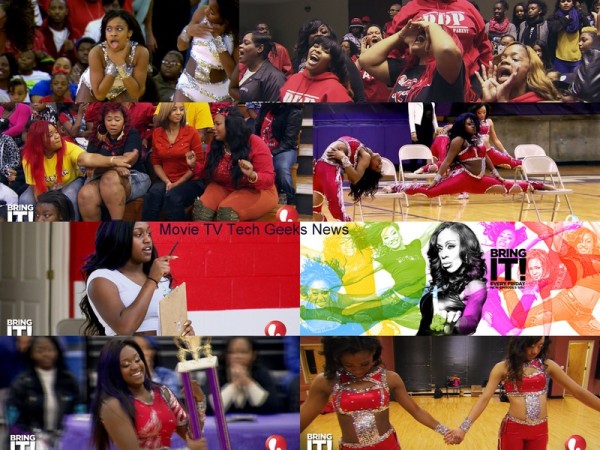 This week the Dancing Dolls are back and they are coming for blood on Bring It! Their rivals are none other than the Purple Diamonds and according to Ms. D, they have to “sock it to them from start to finish.”

Because DD has had issues with PD for years, they are not focusing on what happened in the past, but on what they are doing right now because there is no way they are going to lose (it would be their third time losing to the other Jackson, MI home team). 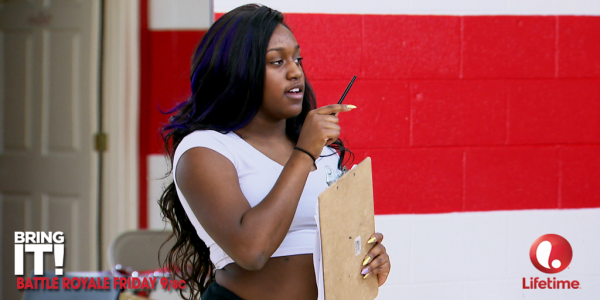 Ms. D let’s Kayla run everything this week from doing the choreography, to leading the practices to doing the cuts. Yes it is up to her to decide who does not get to dance in the battle stance against the Purple Diamonds. Hmmm, I wonder how the other parents are going to react to her cutting their daughters since they always have something to say about Ms. D’s cuts.

She doesn’t waste any time and dives right into getting the girls in shape.  All of this is of course leading up to what’s to come next week – Battle Royale. Diana is actually doing this to get Kayla, as the captain, “in the right frame of mind.” The pressure is going to be on like no other time during the season and she has to put all things aside and get in the zone. 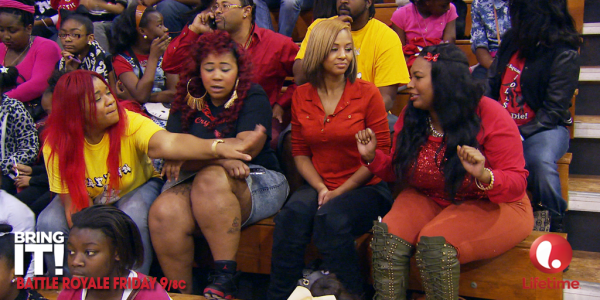 She runs  into a little frustration with how Ms. D seems to not let her lead the team the way that she wants. So while Kayla is trying to get the girls right, Diana keeps asking her all kinds of questions and stays on her to the point that Kayla is very upset (hot tears run down her face). She is embarrassed by how Ms. D came on the floor and totally changed her formation and of course her momma, Tina, is not happy about it either. She feels like Diana is not trusting Kayla but she has no doubt that Kayla is able to be successful with leading the girls. “You know how to run this practice Kayla… run this Damn Practice.” That’s what I’m talking about momma. Support your baby.

Ms. D calls Kayla to the side because she needs her to be tough as steel. She talks to her about getting upset and she tells her that she cannot just back down when she gets frustrated. Kayla is definitely feeling the pressure and Ms. D tells her to grab the team by the ranks, handle it and leave the tears at home.

The times come for cuts and she does it her own way. The parents watch from outside the Dollhouse like they always do. She ends up not cutting anyone (awww), which really takes the drama down several notches from what usually happens with Diana.

After she makes the cuts, things in practice don’t seem to be going so well and it makes Diana wonder if she made a mistake letting Kayla do everything this week.. 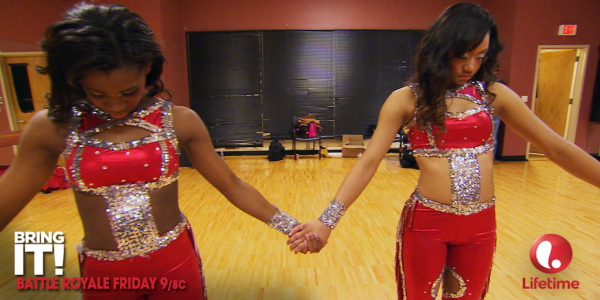 The day of the competition comes and the tension is high as usually. Each team comes in screaming their mantra going in their corners. As the parents sit in the bleachers (as they always do) they see Tracy from the Miami Superstars team and they are like, “what the hell is she doing here.” 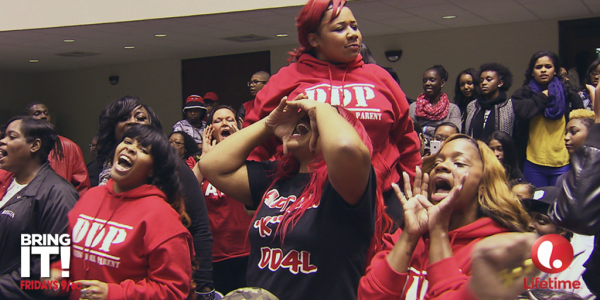 Tina says, “She is very smart for being here but I just wish I didn’t have to see her.” She doesn’t really make a fuss or anything but her presence is definitely known and felt.

Diana sees Tracy and you know she confronts her by asking her why she was there. Tracy says this is supposed to be the best of the south so why wouldn’t she be here. This girl is so full of herself by the way, which really isn’t a good look. Diana asks her if she has a camera in her bag (being funny but also very serious) and Tracy says, “girl please.”

After their “run in” Diana goes back and tells the girls that Tracy is there, just to make sure they are not caught off guard. 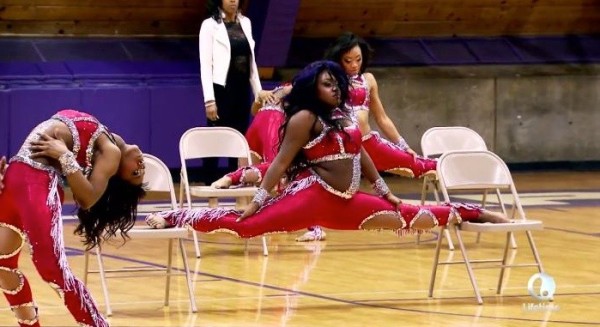 The stand battle is up and PD opens up with a routine that makes fun of DD, even bringing someone out to act like Ms D. and making fun of Sunjai. When it’s DD’s turn, they go out there and they bring it. Their energy is on 100 and the girls look great. Even Tracy had to admit how good they look. And of course Sunjai is bringing it extra hard too. 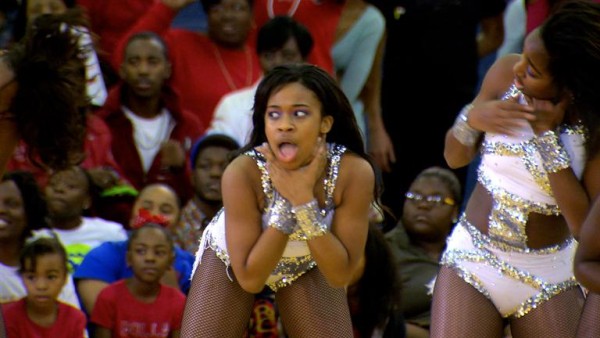 Everything is going pretty well for PD when during one of their turns, they do a lift and one of the girls drops the other right one her head. They also bring out a guy who is supposed to be a drum major to me, really didn’t go over well. 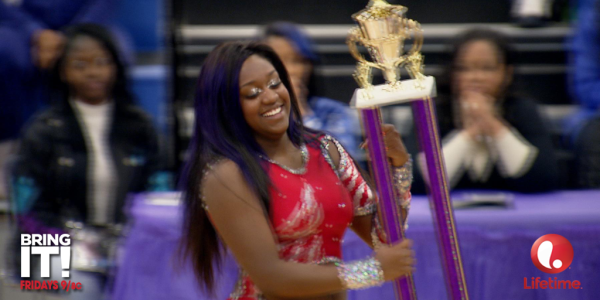 In the end, the Dancing Dolls take home the win for the stance battle and that is everything.

The next time that the Purple Diamonds and the Dancing Dolls meet is next week at the Battle Royale and DD plan to come at every team from “all different directions.”