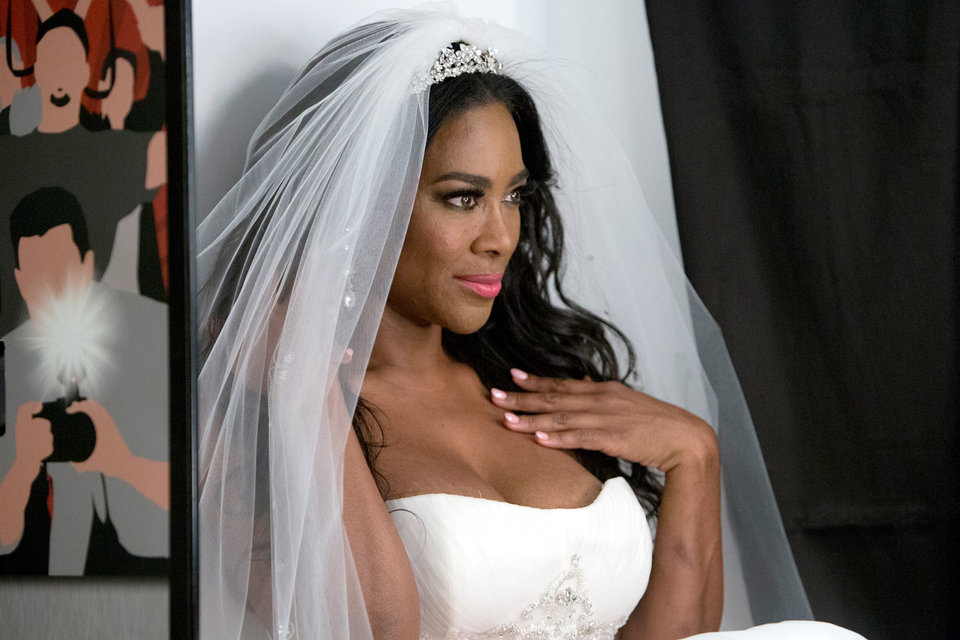 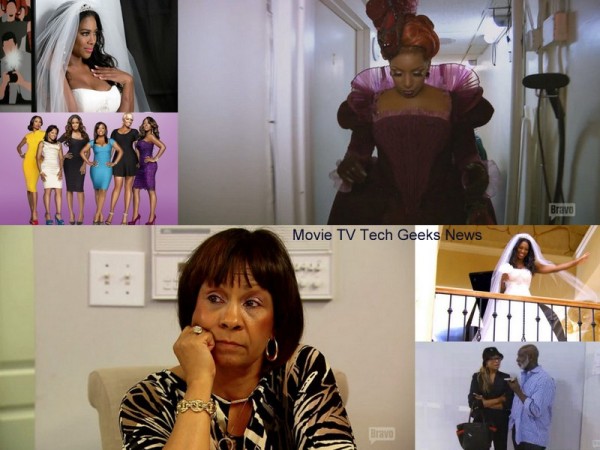 It finally happened. Last night was the season finale of the Real Housewives of Atlanta and I am happy to say that the ladies actually kept it classy… even Porsha Williams.

Kenya Moore continues working on her show “Life Twirls On” in hopes to get it done within a short time frame in order to shop it around. She really wants the other ladies to see it and experience what she has been working so hard on. I have to hand it to Kenya. Of course I still think she is totally full of herself but she really put her heart into making this pilot. Now whether or not it is good is a totally different story. She also revealed that the tickets NeNe said she was going to give to all the ladies have somehow gotten lost in the mail. How inconvenient.

In fact none of the ladies attended her opening night on Broadway, not even her new gal pal Phaedra Parks. 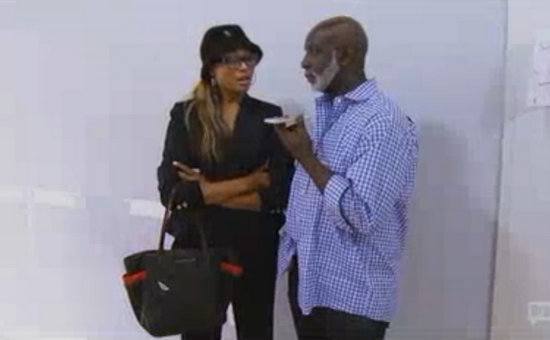 Then there is Cynthia Bailey and she is working with Peter on their new Bar One venture. She is officially partnering with him to take the bar to the next level. As they go through the old location, they reminisce about good times and how the bar was a very big part of their marriage.

They go looking at another building that Peter has rented and get a call from Apollo who is, of course in prison. He tells them he is holding on pretty well but he hasn’t seen his kids. Cynthia is hesitant about hearing or saying anything because the last time she was involved in Apollo’s situation, “it was a big chocolate mess.”

Kandi and Todd talk in their kitchen about the invitation they received from her mom to come over for her house warming party. Todd, of course, feels a certain way about it all because of the tension that exists between her mom and him. He has an issue with her because of the things that she said about his parents. I am sure there are other reasons as well Todd …cough… prenup… cough. 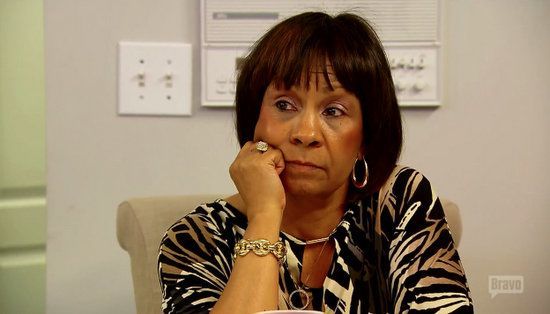 All of Kandi’s family is there eating and having a good time (the food looks really good by the way). During the dinner, Kandi’s mom thanks her daughter for the house. Kandi Burrus then announces that Todd’s show has gotten picked up for another season, which means she is going to L.A. This is also the first time that her daughter has heard about it and it obliviously not happy. Her mom is especially not happy about it and it shows on her face.

She asks her mom what she thinks and her mom, (out of the blue) apologizes to Todd for anything she has done to offend him. She says some other stuff (you know… how she only repeated things about his mother that was told her) and it is totally awkward. Like, I am talking about crickets chirping and being able to hear a pen drop awkward. In the end, they hug it out, but Todd is still pissed because it doesn’t think it was genuine.

We see Phaedra and her kids making cookies. During her confessionals, she admits that she doesn’t want to take them to see Apollo in prison but is torn because she knows that it can harm them either way. 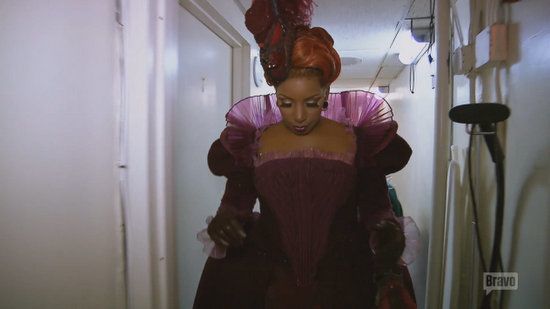 Then there is NeNe Leakes, and she is in New York for the opening of her Broadway show, Cinderella. She says that she hasn’t heard from any of the ladies except for Phaedra. According to her, the invitation she extended to them was very real but she is pretty sure none of them is going to take her up on it. As I mentioned earlier, she is right.

The show takes place and afterward, everyone makes a big fuss over her, it being her first time on Broadway and all. It seems to have gone very well and we even see her signing autographs and greeting fans. It seems that she is a big deal. 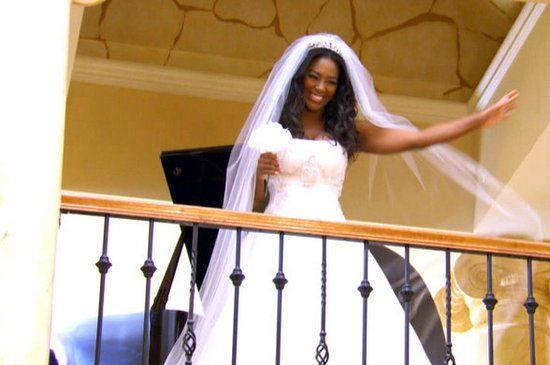 Back in Atlanta, Kenya Moore has a screening at a mansion for her show, invites all the ladies and it is all kinds of fancy. The girls arrive and it is extravagant. She has a harp player, a singer (who sings “life twirls on” in opera). For the record, they probably look the best that I’ve seen them this season.

Once everyone has arrived, Kenya arrives makes a grand entrance by ascending a staircase in a wedding dress (it is her character’s wedding she says). She even jumps the broom). A few of the ladies look confused but try to hide their bewilderment. She then leads them to a theatre where she gives them an intro to the “Life Twirls On” pilot. The girls see the show and they have mixed reviews about it, but most of them are positive. Kandi says that she thinks it was actually not bad and that she did a good job. 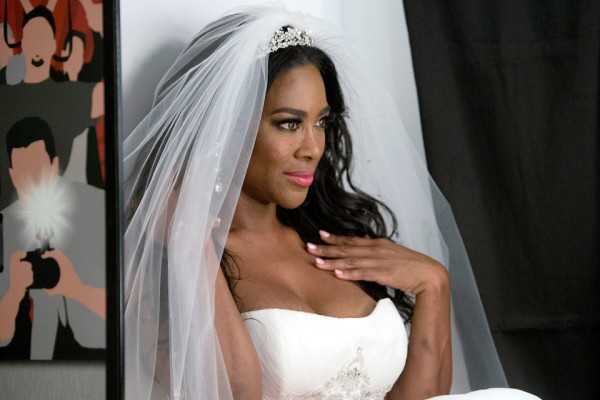 After the showing, they go and have some more fun in a photo booth with even people who cannot stand each other (Porsha and Claudia) taking pictures together. They seem to still be high on the good vibes from the Philippines which is refreshing and hopefully, sincere.

At the end, they give an update on all the girls and believe it or not, the night goes off without a pinch of drama and that… that is amazing.

It seems that they may have saved the drama for the reunion because the previews for next week defiantly look promising. Naturally, NeNe Leakes is doing her usual creating drama and making claims that she doesn’t want to return to Season 8, but after her doing this stunt for a couple years, we know it’s just all about the money for this woman. Her charm is gone and she has become what we know as the true ugly American sadly.

It’s been interesting how calm the show is when she’s not around, but the minute she’s in the room, you can feel her anger, insecurity and just plain ugly side come out. This is what Bravo wants and loves though so they’ll keep throwing money at her until ratings begin to drop and the budget goes even further out of control. She’s trying hard to get Claudia Jordan out, but she was one of the best breath of fresh air this season and is the one who can actually make NeNe Leakes nervous as fans have flocked to her very quickly. Like NeNe, Claudia is a big gay man magnet which is a big part of the audience so life moves on NeNe, and if you don’t remember who you are, it’ll pass you by. So now off, to watch that reunion!