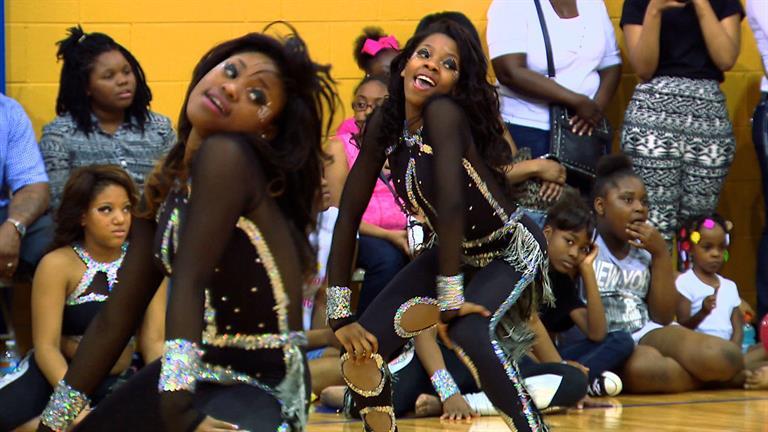 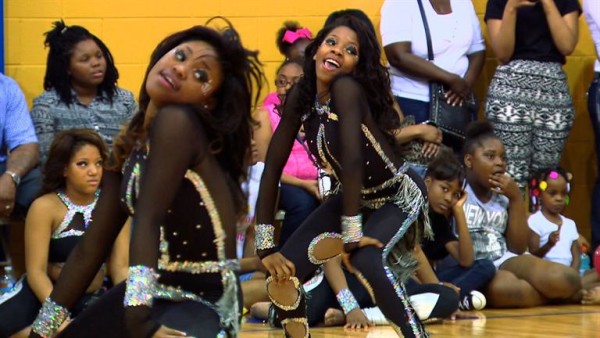 Things really amp up in the majorette dance world this week on Bring It, and the girls are just one more competition away from getting to the long awaited Summer Slam AND from learning who the next captain will be to lead the Dancing Dolls next season. They are going to the Buck Worth dancing competition in New Orleans and Dianna has an African dance routine ready for the girls which proves to be interesting to say the least.

Their biggest rival is the Xplosives Dance Company (XDC) who lost the last time competed against DD. They also have to deal with the Diamond Divas of Compton (DDC). Also, Kayla and Sunjai are finally graduating from High School and Tina expresses how much she can’t handle her baby going off on her own. As far as the captain role goes for stand battle this week, Dianna doesn’t make the top three compete but instead she has them pull their names out of a box (which of course Mimi thinks is stupid) and Makalah gets the winning ticket. I just wish she would make her captain already and stop playing. She is the best out of the three girls. And Mimi’s hating is horrible. She is an adult and showing sad faces or disgusting faces when Makalah wins is just not a good look.

The girls have a hard time getting the routine because it is high energy and takes a lot out of thme. They seem to not really be up for the challenge, but I mean come on, it’s African dance that is nothing but rhythm using all of your body. Plus there is a lot going on causing their concentration to be all over the place. Even the parents are hoping that they get it together because it just doesn’t look too good.

On the day of graduation, Sunjai and Kayla get ready together and their moms help get everything together. Kayla can’t hold her emotions and begins crying along with her mother and grandmother. It is a good moment. Of course Selena is dressed to impress but tones it down so that her daughter can have her day and boy does she have her day. As they make their way out the house to load up and leave, her daddy JJ pulls up and what does he bring his baby girl Sunjai? A new car! Now that is how you parent. I mean a drop top Infinite G35, her dream car.

The day of competition is here and all the teams are ready to bring it. Kayla has a conversation with Makalah before she goes out on the floor and even though she seems a little unsure, Makalah takes it in stride.

There are a lot of teams in this one trying to throw DD off their game. XDC, DDC, and a team called D3 Elite. I mean they are gunning for the Dolls and it makes for a very intense competition.

Creative dance is first and DDC looks great and especially since they drove 25 HOURS from California, you really can’t expect anything less from them. In fact, all of the teams kill their routines. When the Dancing Dolls make their way to the floor their creative dance is less than spectacular though. In fact, the second group of DD in the routine messes up horribly and Jalen noticeably trips. Everyone on DD is nervous from the parents to the Miss Dianna.

After the creative dance Dianna has her usual run in with one of the coaches and this time it is XDC’s Sherrie. They fake their pleasantries as always and keep it cordial. As last time, Sherrie tells Dianna “Bigger things come out of Texas.”

In the first round of the stand battle, D3 Elite brings their A game against the Dancing Dolls. When it’s their turn, Makalah does this thing during the routine that leads Dianna to believe that she may have forgotten the stance (we later find out that is exactly what happened, but she plays it off). I think D3 Elite do a great job, in fact, I feel they do better than DD but the judges send the Dolls on to the final round, which is interesting because their coaches talked a lot of mess about “upsetting” DD.

In the end, DD stand battles XDC and it is clear they both really want it. But DD comes out on top in the creative, even with Jalen’s slip, and first place in stand battle, putting them in a great position for the finale next week at Summer Slam.