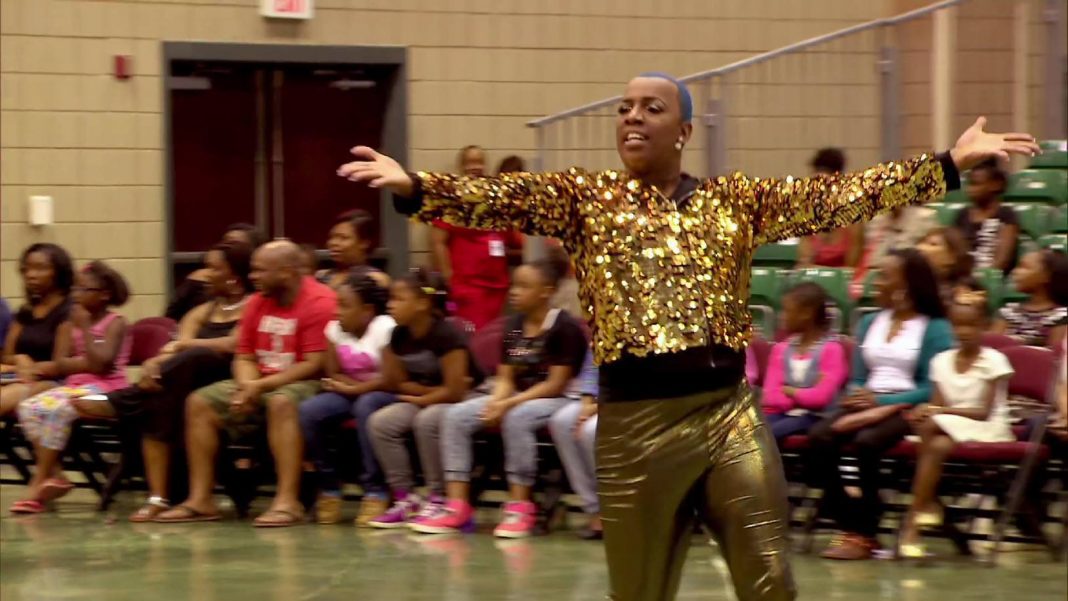 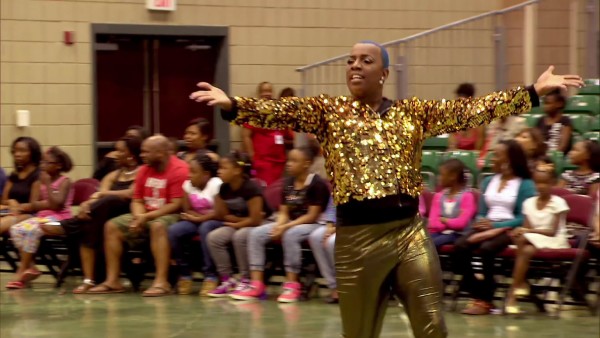 On the latest episode of Bring It has all kinds of twists and turns. From the parents dealing with Miss D to the man diva, the coach for their competition at the Light Up the Dance Floor competition. They really have a tough one on their hands. Their biggest competition is the Elite Starz of Nashville who’s male coach is something else, to say the least.

Dianna tells the girls to not take ESN lightly just because they are a new team. In the Dancing Dolls’ jazzy burlesque routine, Dianna keeps it age appropriate. For the competition, only the captains or the best three girls from each team, will dance in the stance battle, yet another twist.

Back in the parents lounge, they talk about very thing from striper poles, which the other moms were surprised that Mashumba says she has one, to the way that Dianna talks to the girls. It seems that they are tired of hearing and seeing her yell and just make them feel bad. So they decide to have an “intervention” in which they express to her how they feel and even write the concerns and suggestions out for Dianna.

While all the moms are a bit upset, Selena feels that she is always picking on her children. This week, Star has to prove that she can make cuts. She goes through the routine and thankfully, makes it. I don’t know how these women can keep letting Dianna say whatever she wants cuss at them without saying something every week. When Crystianna, Carmyn and Makalah practice their routine for the sand battle, as she dismisses the other girls, this chick straight cusses them out, saying that they need to “get your shit together.”

The moms call Dianna into their meeting, and she feels like they are calling her in to give her a list of demands like they are “holding the dollhouse captive.” Dianna does not give one care about what they say or how they feel and is totally rude. She does not take anything they have to say into consideration and goes off on them saynig during her confession, “I ain’t changing nothing.” One of the hottest topics is that of who will be captain. This is the first time that Mimi actually stands up and goes against her friend (Miss Dianna). Dianna stands her grown, throws the papers at them and walk out. At the end of their meeting, they say they hate having a meeting with her because “she be changing your mind and shit.

On the day of competition, the girls are tense and probably even more so because of Dianna’s yelling at them during practice and having to dance during the stand battle with just three of them.  While in the locker room, Miss D runs into the EZN’s coach in the hall. He calls her Cookie, Boo Boo Kitty and Boo boo, to which Miss D says during her confession, “My name’s not Cookie.” They exchange fakries and go their separate ways. 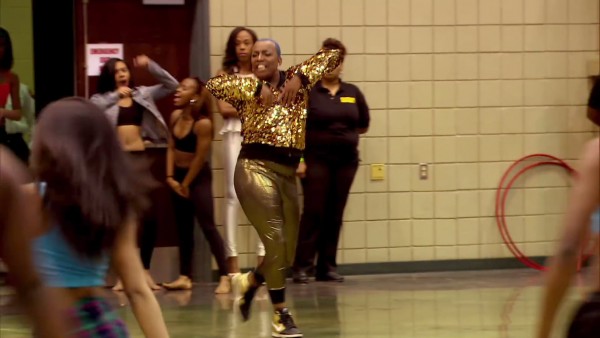 The creative competition is first and everyone, plus the parents have to admit how well EZN danced. During their performance, they bring out everyone from parents, to older girls, to roller skates to even the captain himself.

DD makes their way to the floor and their stance is not bad at all. Is it as creative as ESN? I’ll just say I wanted to get up and dance when they were on the floor, but it’s all about the judges and what they think.

During the stand battle, the trio brings it and Dianna knows that she made the right choice in having them represent DD.  The girls win their round, which pushes them through to the final. But EZN does not make it, which is a shame because Dianna really wanted to go against them. The team for Chattanooga, TN Royal Envy Dance (RED) Team wins

DD claps at them with a leg hold that they maintain for four eight counts. Dianna saw this as a part of their secret weapon, but RED hits them right back with the same move. Or they tried to because two of their girls could not even do it.

In the end, DD win first place in both creative and the trio stand-battle. It didn’t look like DD would take it but they did and it is a major boot to their confidence.