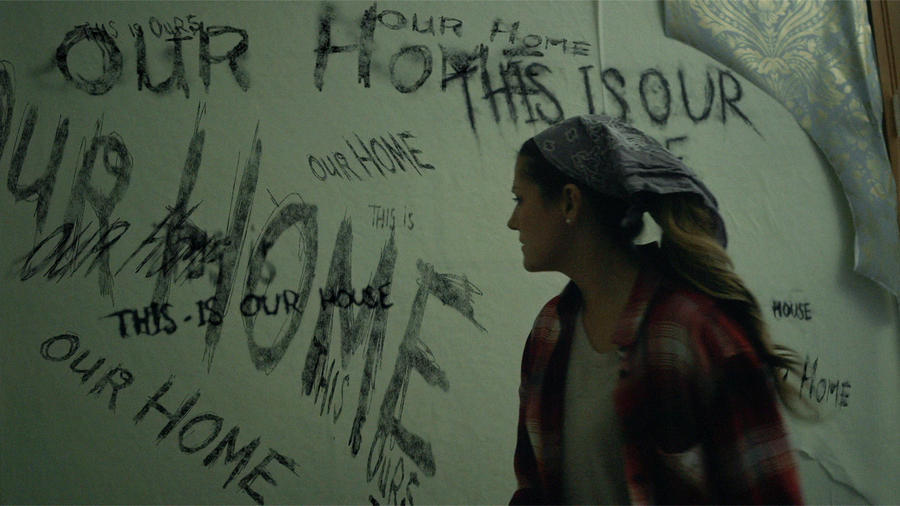 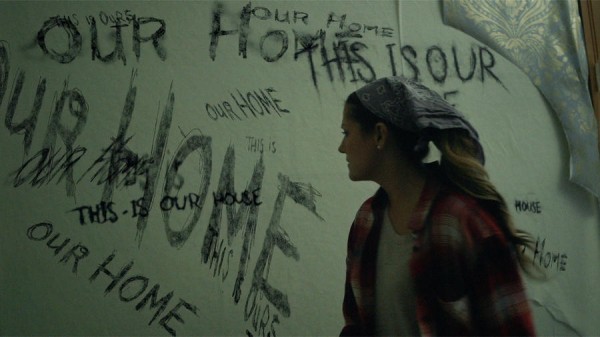 On last night’s episode of “Paranormal Witness,” a couple discovered that their new home was haunted and the ghost was changing their son’s Booby Jr’s personality. The homeowner, Bob Cranmer, bought the house with his wife Lesa after serving in the U.S. Army as a Military Intelligence Officer. He now works full time in politics.

From 1998 to 2006, in Brentwood, PA, Bob and Lesa lived in their dream house. Bob said he wanted the house because he liked the way it made him feel, and he saw himself as a budding statesman. Bob said that the house oozes history.

On a bedroom door in the house, Bob and Lesa found a doorknocker. Their son Bobby immediately pointed out the bedroom he wanted to be his when they moved in. In the basement of the house, Lesa said she smelled sulfur and burning rubber. They found a room in the basement with an older, working furnace. Before they even left the house, Bob told the owners he wanted to buy it and the owners agreed to let him. Bob pointed out it was so strange that the current owners were so anxious to sell the house.

Bobby Jr said his new bedroom was dark and cold. After they moved in Lesa started redecorating the house. When she removed wallpaper in one of the rooms she saw words written all over the wall. Lesa then stepped in a strange puddle on the floor in the hallway. Bobby Jr said it looked like settled Jello.

The chain for the light in the coat closet was wrapped around the light itself, when it had been left dangling. In bed one night, Bobby Jr felt something in the room coming after him.

Lesa then found another puddle on the floor, this time in the bathroom. She said it smelled like it was moldy, musty and rotting. Home sick from school, Bobby Jr started hearing noises in his bedroom. He said the noises got increasingly louder. He said something was coming to get him. He said he closed his eyes and screamed at that he was so scared he couldn’t move. Lesa said Bobby Jr became withdrawn and wanted nothing to do with his parents. Bob said he thought it was just teenage rebellion but Lesa said it was beyond that.

Alone in the house, Lesa heard heavy footsteps coming from the foyer than then went up the steps. Lesa went upstairs calling out the word hello, but got no response. Bobby Jr’s bedroom door was closed even though he had left it open that morning. Lesa said when she opened the door Bobby Jr’s room was completely empty. She said something hit her in the back of the ankles and knocked her down the stairs. Lesa moved Bobby Jr out of his bedroom and Bob said this made no sense to him. Bob and Lesa then started using Bobby Jr’s room as their own.

Lesa said their daughter Jessica contacted them about moving back home with her young son. Lesa said she couldn’t physically do anything anymore but she couldn’t explain why.

She said Bob noticed a big difference in her. He would come home and find that she had done nothing all day long. Bob said Lesa became very introverted and it was strange. Bob said he was concerned that Lesa might be having an affair. He searched the house for clues to what was happening. He found unpaid bills and collection notices in a closet in the house. Bill confronted Lesa and she said she couldn’t help doing nothing and something was wrong in the house.

Bob heard a banging sound in the basement and went to explore. He said there was a noxious smell. He felt an ominous presence in the basement but nothing was there. He then saw a black shape moving right in front of his face and realized they were sharing the house with a visitor. Bob told Lesa about this and she was relieved he saw it. Bob said they didn’t tell their kids what was going on in the house. Lesa then suddenly felt good again.

Bob happened to be friends with the Mayor of Pittsburgh and Bob told him about the problems he and Lesa were having in the house. The Mayor said he would go to his Bishop and see what the man had to say about it. Bob spoke to the Bishop and said he was very matter of the fact in his speaking. Bob asked the Bishop to come to their house and help get rid of the spirits but the Bishop said no. Lesa said she and Bob were going to fight for their home.

Lesa said when she went to do laundry she felt a presence. She also smelled the scent of birthing fluid. Bob found out a pediatrician had previously owned the house. He said the pediatrician had specialized in performing illegal abortions. Bob said the doctor had an abortion clinic in the house. The Bishop asked Bob if there was a void anywhere in the house and he thought of the closet with the cord wrapped around the light. Bob opened the closet’s secret entrance and said it smelled old and he found a bird skeleton and crumbled up piece of paper in there. He unfolded the paper and said the writing was in sacrificial font and had a passage from the Old Testament. Bob said it reminded him of something he had read in the Bible.

Bob said the furnace in the basement was a sacrificial haunt in the house where the former owner used to put the remains of the babies he killed. They saw blood on the wall of their house and Lesa wrote words on the wall claiming the house. They had a mass in the basement that was run by a local priest, in order to chase away the demon that was present in their haunted house.