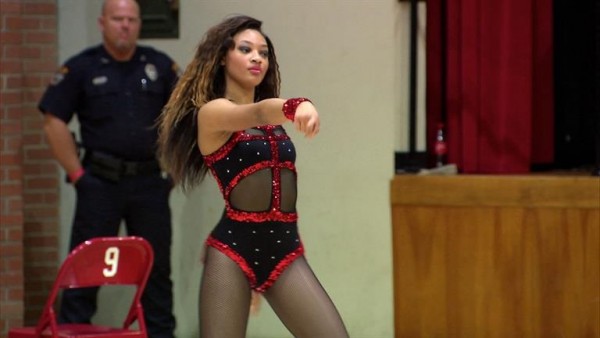 The Dancing Dolls (DD) are back this week on “Bring It“ and for the summer, Miss Dee is revamping things at the Doll House every chance she gets. They compete in the Buck to the Beat competition with Ken Janae doing the solo since she is a strong hip-hop dancer. Their biggest rival this week is the Infamous Dancerettes (ID) and their coach John, who last time they met, stole their moves (DD still won though).

As the girls practice, Diana gets on the twins, Sky and Star, for their dancing, plus she can’t tell them apart which really frustrates her. Selena feels a certain kind of way about how Diana talks to her daughters and for the life of her can’t understand how Diana can’t tell who’s who. So she comes up with the brilliant idea to give them a makeover.

Meanwhile, in practice the captain battle is also up for grabs and it’s between Crystiana and Makalah which Mimi, as usual, can’t handle because her sweet Carmyn is not in the running this week. Ugh… get over Mimi. She is really becoming annoying. The girls compete against each other and Makalah gets the upper hand winning the captain stand battle spot for the week.

Following through with her grand idea, Selena takes her girls for the make over (their daddy goes too). She is determined to do what she feels has to be done to differentiate her girls. As a result, Star and Sky are late for practice, making a grand entrance with their dad escorting them in. Miss Dee is not impressed and since they did came in late, they don’t know the dance moves thus, they run the risk of being cut which one of them is- Star.

Kayla doesn’t stay for the whole practice, as she has to get ready for the prom. Her parents go as chaperones since Tina didn’t get a chance to attends hers because she was watching baby Kayla (she had her at 16). As they walk out the door all dressed up and glamorous, her dad stops them, gets down on one knee and asks Tina to marry him. It is a really sweet moment because they have been together for twenty years. Tina looks beautiful and they are a cute little family… going to prom. 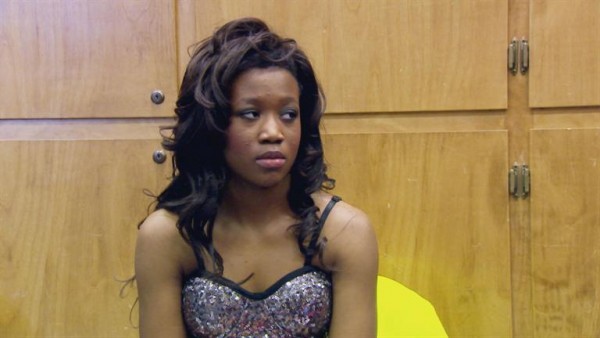 The day of competition is here and DD is ready to compete in the solo and stand battle competitions. John has a lot to say about Diana since they lost to them at their last meeting. Ken Janea’s solo is up and John feels a certain way about Dianna’s routine since the whole team is on the floor. “Captain’s solo” he yells across the room during their performance. No rules have been broken, however, as it says in the competition guide lines that the whole team can be utilized in the intro and exit… and Dianna makes sure we are aware of that in her confessional.

After their solo routines, Dianna and John run into each other in the hall and of course they have words, arguing back and forth about who stole who’s moves and so on. Oh the art of trash talking.

As ID goes on the floor for stand battle, DD parents and Dianna say how much better they look this time around. They battle a team from New Orleans first to determine who makes it to the final round and of course, ID advances to battle DD.

In the end, DD wins the solo competition with ID taking second place. John says that he is okay with that because they did their best. I think he’s not too worried about the solo category truthfully because it is clear that stand battle is what’s most important. Tensions run high and just about everyone in the room hold their breaths as the MC announces the stand battle winner- The Infamous Dancerettes!

Yep, DD lost this week. It is a hard one for the girls but a stark victory for John and his team. Back in the locker room, Dianna tears into the girls telling them that they missed the mark among other things.

“Ya’ll gave that away today… everybody messed up… there were too many mistakes out there today from everybody. I’ve never seen ya’ll dance so terrible… Ya’ll beat ya seleves today”

No doubt those words sting coming from Dianna as the girls sit in silence listening to her speak. Makalah in particular feels the heat as she didn’t do her best as captain for the first time.

It was a tough lesson to learn this week, but the Dancing Dolls know how to recover and reclaim their place as the top dance squad. We’ll see what happens next week.