Home TV Show Recaps Bring It! ‘Bring It!’ 321 Dancing with the Enemy aka Black Lives Matter Emotions are high this week on Bring It and not for reasons you might think. Dianna and the Dancing Dolls (DD) team up with the Purple Diamonds (PD) in the City vs. City competition. It’s Jackson against Memphis. Also, their creative trio routine summarizes the history of black people in this country, which is moving and powerful.

Dianna feels that this particular routine is important. The girls are so far removed from the challenges and effects of racism that they don’t fully understand its implications. The topic hits home especially for the cast members being that they live in the south, a place notoriously known for its racial tensions.

It’s interesting this week because both DD and PD have to make sure their teams have it together so that Jackson can come out on top. They are rivaling The Prancing Tigerettes (PT) and the Infamous Dancerettes (ID). Coaches Quincy and John are not playing.

For the routine, Dianna does a trio of trios to tell the civil rights story from Rosa Parks to Black Lives Matter. Emotion is the element needed to et the point across so the girls have to do more than just dance. They have to feel it.

In the parents lounge, Selena announces that she may miss the competition because she is visiting Sunjai in college at DeSales University in Pennsylvania. Mimi sees this as a great opportunity for Camryn to tour the campus being that she got a full ride scholarship to the school as well. Selena is excited but Mimi is hesitant because as we all know, she doesn’t care too much for Selena. But, she bits the bullet and decides that she and her daughter will join her in visiting Sunjai.

Given the nature of this week’s creative, the moms also do their part to make sure the impact of the routine is felt. Reminiscent of the civil rights movement, they make picket signs with different messages on them. They want everyone to see how important doing their part is in the wake of civil unrest.

As Selena and Mimi set out on the road, the emotions of the routine follow them to DeSales during their visit. It’s a great experience for Camryn being that she will soon be going to college herself. As Sunjai shows her around, the moms have a good time. They even get along. See what a little change in scenery can do for you?

After their visit to DeSales, they make it back to Mississippi just in time for the competition. Tensions are high as Memphis battles Jackson in the City vs. City dance off. Dianna knows that she has done what she needs to do for her girls to come out on top and hopes that Shanika has done the same with the Purple Diamonds. The boys are coming for them and have pulled out all the stops with their teams.

The parents are in the stands per usual and DDP is dressed for the part in Afros, dashikis and with their signs. As far as the competition, it’s tough. The Prancing Tigerettes hit the floor first and they do so well that even the judges give them a standing ovation. The other teams do their thing then it’s the Dancing Dolls turn. Now, the thing about their routine, aside from it being, in essence, a Black Lives Matter ode, is that Dianna kind of played with the rules. Her three sets of trios idea could disqualify DD or cost them points. The other teams only did one set, which is the expectation, but because the rules didn’t say that she couldn’t do more than one, Dianna went with three. Nonetheless, the crowd is in awe when they realize what’s going in the Dancing Dolls routine. Dianna should have provided some tissue boxes for the audience. 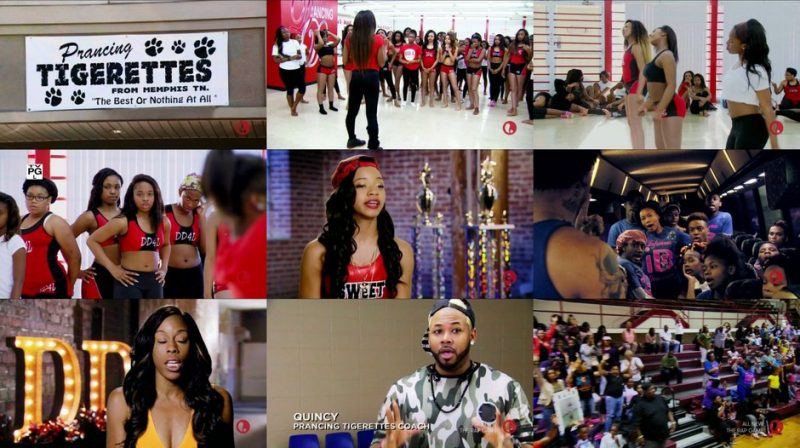 Then there is the stand battle and while the creative was a tough one, the competition in this category is even fiercer. All of the teams put everything into their routines. It is also clear that Memphis came to Mississippi to win because their energy and dancing is just different than usual.

In the end, Memphis wins first place in both categories, which is a shock and surprise to everyone (except them of course). Dianna does not agree with the decision and is pissed about it. Neither do the parents nor the girls agree. But what can they do? I will say that in this particular instance, the two Memphis teams did out dance the Jackson teams.

It’s a tough loss for DD because the summer Dance Slam is quickly approaching. They need to go back to the drawing board and see where they fell short.