Home TV Show Recaps Bring It! ‘Bring It!’ 318 Ratchity aka adults lose it for Dancing Dolls 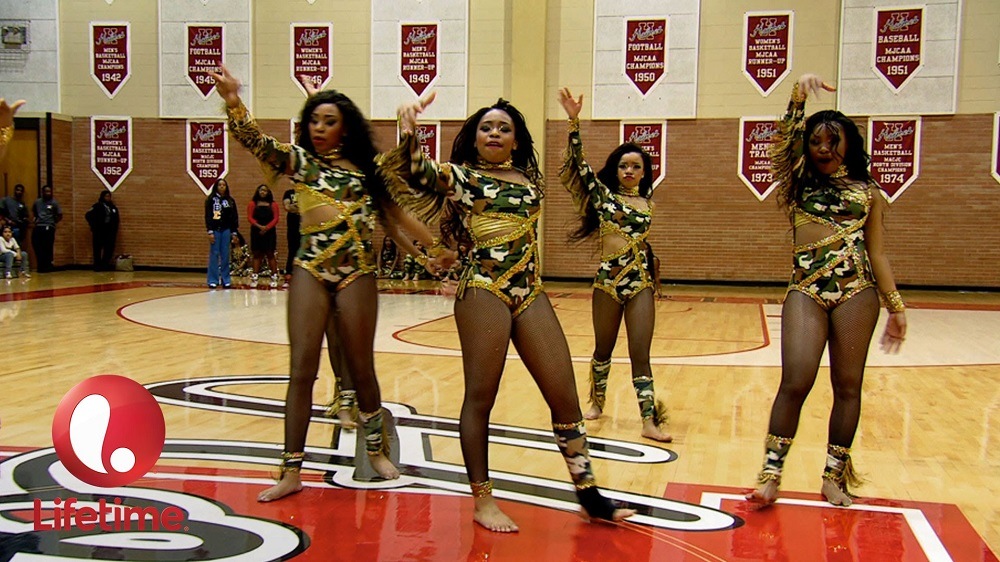 This week on Bring It, there is more drama than ever before and it all comes from the parents and the coaches with Ratchity and the adults could learn some lessons.

It’s the first official competition of the new season at the Keep it 100 dance battle. One of the categories is a six-way freestyle which the Dancing Dolls (DD) aren’t really trained in but Dianna is up for the challenge. It is a good opportunity for them to perfect their skills in the category. This means they need the best of the best, so Dianna uses the “core girls” and they have to bee on their toes. Their rivals this week are the Southern Royalettes, Divas of Dance (DOD) from Lake Charles and the Dazzling Divas of Macon (DDOM), the latter of whom is known for starting drama. 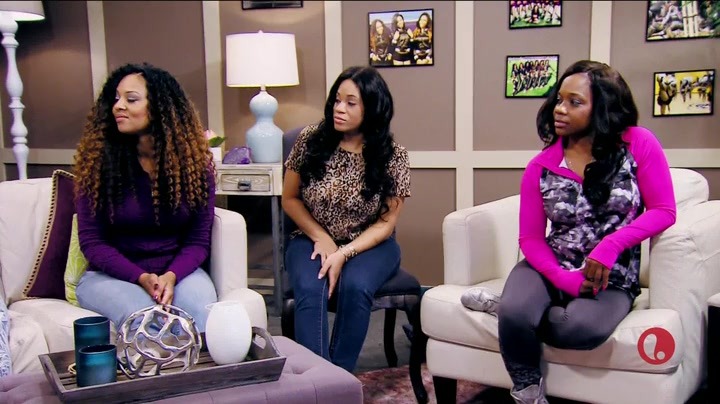 In the parent’s lounge, the moms talk about what they think should happen, and while doing so, Dana brings in a new parent, Shameka, Daija’s mom. DDP is nice to her, but they still throw the side eye. As far as the competition, they believe that the Dazzling Divas of Macon are going to be the most difficult to deal with not just because of their dancing ability, but because they are just so damn ratchet. And so is their coach, Rick.

Back in practice, Dianna chooses Daija, Maka, Ken’Janae, Camryn, Crystianna and Faith for the freestyle round. This is a chance for Crystianna to redeem herself but Rittany is nervous. Since she has not been doing so well in the call out category, she would rather they have sit this one out. Dianna choosing Faith is great news to Dana because all the other parents don’t think that her daughter can cut it, and she is ready to prove them wrong.

Coach D pulls the six out to works with them in front of everyone. The girls go through some freestyle choreography and Faith seems to have the most trouble. She wants to show what she can do but ends up leaving Dianna unimpressed. In fact, she tells the young dancer just because she made cuts, doesn’t mean she can’t get cut.

As the girls practice the stand battle, things are difficult. Dianna wants to do new moves including a pyramid, but they keep running into issues. The parents are worried because everything the girls do not only looks dangerous, it’s also not working. After practice, Dana and Shameka ask Kayla if she will help Faith and Daija. So she invites them to work with some of her friends the next day, and they teach the two Dolls some things. Faith and Deja are eager to learn, and it looks to pay off at the end of their training. But will they come through when it really counts?

At the last practice before the competition, the stand routine is still not coming together the way Dianna would like. As they go through the moves, Faith barely makes the second round of cuts. She’s super excited, but Dianna is at her wits end. 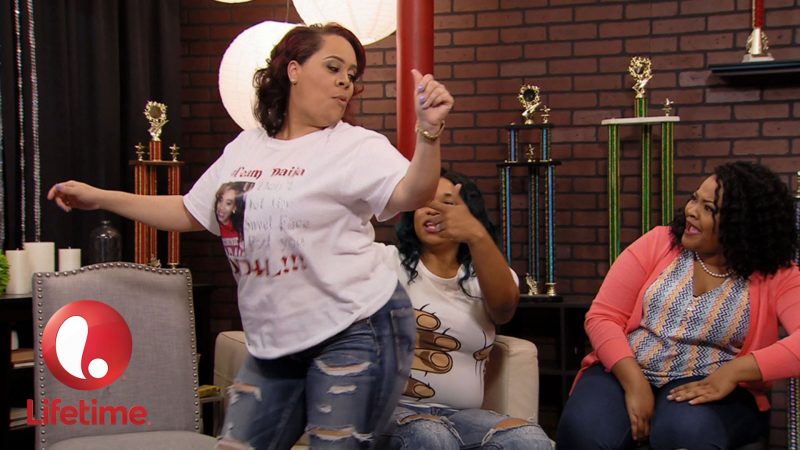 Now in the parents’ lounge, when Rittany finds out about Kayla helping Faith and Daija, she takes issue with it. Kayla stepping up to help the girls pisses her off because Crystianna needs help too. Dana points out that her niece is a pro, why would they call her to let her know? So what does Rittany do? Calls Kayla for a one-on-one lesson with Crystianna, which she gives. The girl makes improvements but still needs to loosen up if she is going to help the Dolls win. 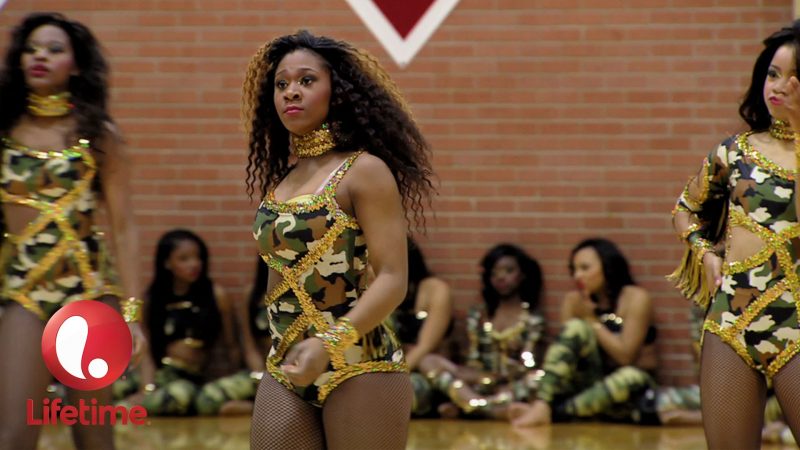 It’s the day of competition, and all teams are ready. DDOM has a huge crowd in the house and according to DDP you can feel the tension. The first category is the six-man freestyle. DD goes against the Southern Royalettes. The Dolls win the first round 4-0. In round two, they go up against DOD, and it’s tough. But Crystianna comes through, winning her freestyle round again (she won against Southern Royalettes too). She definitely redeems herself this week. Even Faith does a great job and wins her round. The Dolls get the trophy. It’s a good day for DD in the freestyle category.

In stand battle, the Dolls beat the Southern Royalettes to advance to the final round against the Dazzling Divas of Macon. After both teams do their routines, a fight breaks out amongst the parents of DDOM and a DDP. From there, more people get involved, and it turns into a brawl of sorts. Security intervenes, and the whole competition comes to a halt. Dianna and Rick go at it too because as she’s trying to figure out what’s wrong, he tells her to “Shut the f**K up” which pisses her off, naturally. Apparently, starting fights and being rowdy is what DDOM parents are known for. 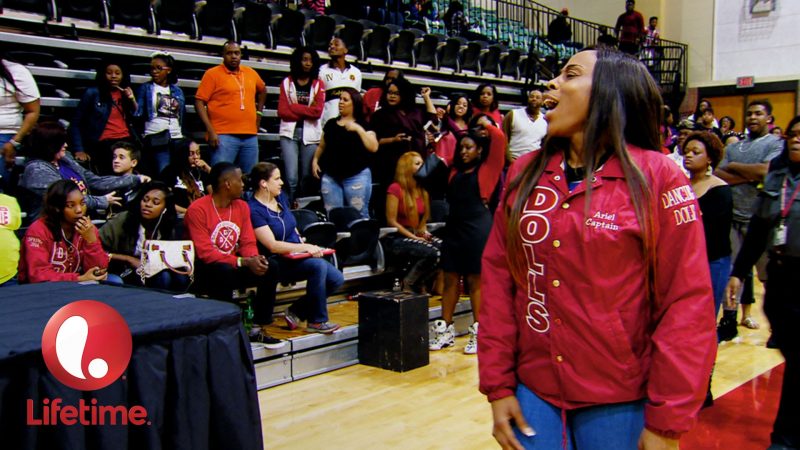 In the end, the judges are so fed up with the adults on both sides that that punish the kids by not awarding a trophy. The girls did a lot of work and will never know if it was good enough to take home the win.

What a way to start the competition season.