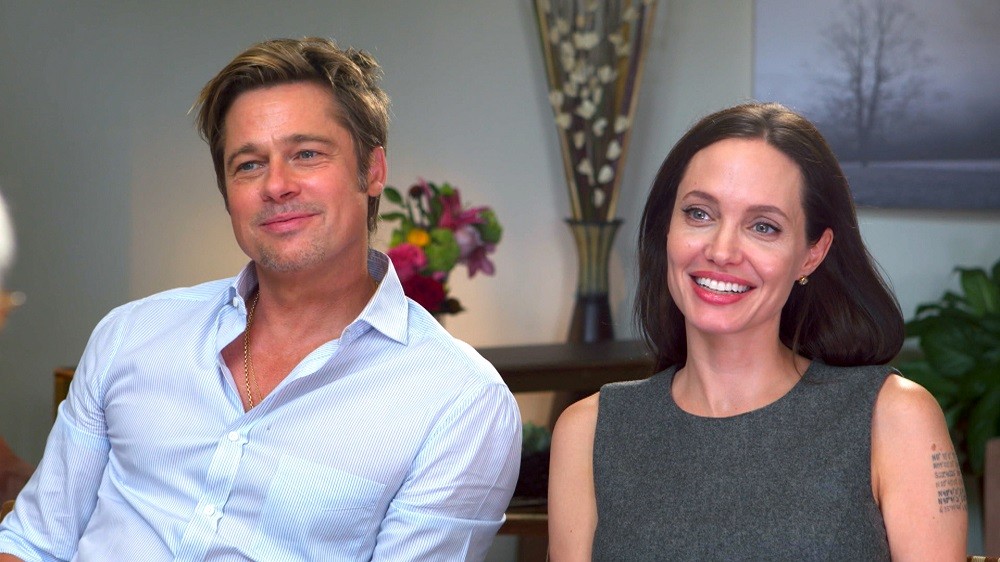 When Brad Pitt was with Jennifer Aniston, everything seemed sweet but not so exciting. He did a cameo on her hit show “Friends,” but suddenly he was paired with the sultry and mysterious Angelina Jolie in “Mr. and Mrs. Smith,” and everything changed quickly.

Something about that story lured in the tabloids as it seemed a reminder to the older times in Hollywood when Elizabeth Taylor snagged then best friend Debbie Reynolds husband Eddie Fisher. That fed the gossip columns for months as did the Pitt-Jolie pairing. Everyone expected this to burn fast and hard with Pitt limping back to Aniston. Everyone was surprised when it continued and morphed into something else that no one saw coming.

Brad Pitt and Angelina Jolie weren’t like other celebrity couples – and not just because they’re hugely famous and impossibly good-looking.

Brangelina was different in the way they wielded their massive celebrity power. As a couple, they were popular yet mysterious, skipping the typical Hollywood publicity machine in favor of their own savvy approach. Without publicists or social media accounts, they were wholly inaccessible except for scheduled appearances and paparazzi photos of the couple and their kids that made them look like your everyday globe-trotting family.

Together, they manipulated media more successfully than most public figures, elevating their individual images and establishing themselves as Hollywood’s golden couple – until the divorce filing this week.

“Most people were probably blindsided by the news, and that’s largely due to their tightly managed images,” said Janice Min, president of the Hollywood Reporter-Billboard Media Group and former editor of Us Weekly magazine. “Whether it was deliberate or not, they did an excellent job of giving just enough but keeping the mystery around them. We live in this culture of celebrity Z-list reality stars… sort of lowest-common-denominator fame, and they managed to preserve this old-school Hollywood glamour about them.”

That mystery allowed for personal rebranding. Before Brangelina, Jolie-Pitt was known as a wild child with a vial of blood around her neck. Now she’s a special envoy for the United Nations who writes an occasional op-ed for the New York Times. Pitt went from a pre-Brangelina pinup to an Oscar winner with a namesake charitable foundation.

When their daughter Shiloh was born in 2006, the couple announced her birth as many big stars do: on the cover of People magazine. But Brangelina famously donated the fees they received – reportedly $4.1 million for Shiloh and $14 million when twins Knox and Vivienne were born two years later – to charity.

“I think that in each one of those cases, they understood that they had an important conversation that they could advance about issues that they really cared about and that people are genuinely curious about them and curious about their lives,” said People magazine deputy editor JD Heyman. “And they were able to understand that by having their wedding covered or whatever they were having covered, they could talk about things they cared about and they would get people’s attention.”

The gesture publicized and raised money for charitable causes and changed the game for such celebrity magazine reveals.

“It definitely cast a pall of shame on people who were just selling (their photos) to make money,” Min said. “That was just one of the things that affirmed the superiority of Brad and Angelina over other Hollywood celebrities.”

Fans worldwide and the industry itself have been happy to buy into that illusion. By not broadcasting their daily lives on Instagram and appearing on every talk show and magazine cover, the couple’s union was elusive enough to allow for imagination.

“They understand that to reveal everything is to become mundane,” Heyman said. “Nobody really thinks they’re just like the people next door, and nobody really wants to think of them that way.”

Jolie-Pitt and Pitt’s professional images aren’t the only beneficiaries of Brangelina. Pitt has become an Oscar-winning producer (“12 Years a Slave”) and Jolie-Pitt a celebrated director, whose most recent film, “By the Sea,” starred her and Pitt as an unhappily married couple. The causes the entertainers support – environmentalism, rebuilding after Hurricane Katrina, the plight of Syrian refugees and women worldwide – have gotten exponentially more attention and funding because of their involvement.

“Some people would probably say they’re sanctimonious,” Min said. “Some people just want their movie stars to be movie stars. But look at the influence they’ve had by expanding the definitions of who they are.”

Brangelina may be a construction, but the breakup is real.

“We all come with our superficial judgments about those people, which are easy to make,” Heyman said. “But these are people who, yeah, they have global celebrity, but they themselves are not brands. They’re actually people who’ve been thrust into a very extraordinary position and are trying to manage as best they can as anyone would. I’m quite certain when you’ve been together with somebody for 12 years, and you have six little kids to look after, it’s a big, heavy decision. And what’s hard for celebrities at any level, but certainly celebrities at their level is they have to manage their personal lives, and they have to manage their images. That’s not something that’s calculated. There’s no choice.”