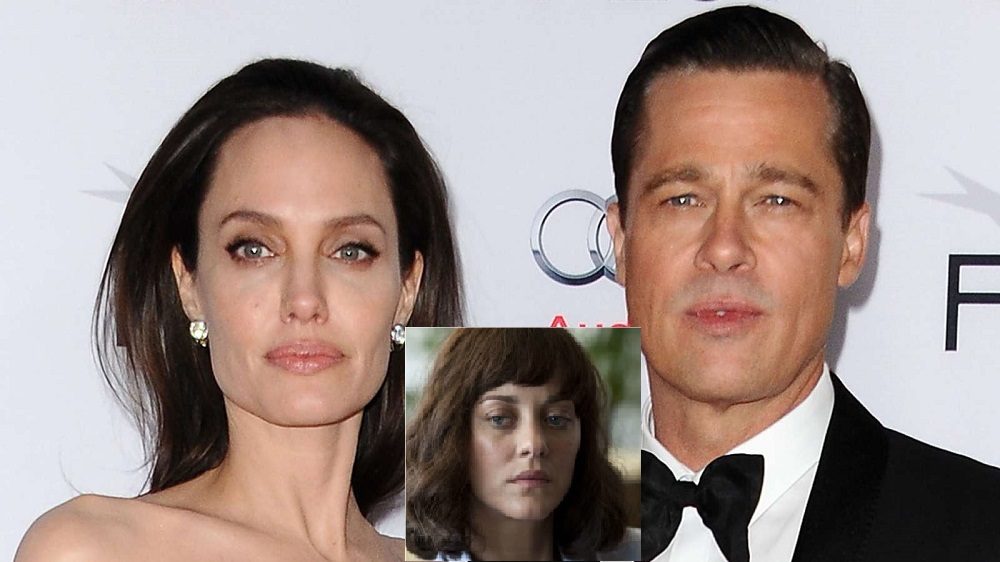 Naturally, Angeline Jolie would never publicly state that her divorce from Brad Pitt was caused by an affair with another woman on a movie set. That would just be too much karmic retribution to her liking, so the actress is accusing Pitt of abusing alcohol and marijuana as her excuse. She’s saying it’s for the ‘health’ of her family and leaving it at that.

Angelina Jolie-Pitt has filed for divorce from Brad Pitt, bringing an end to what began as the world’s most tabloid headline-generating romance before morphing into a star-studded engine of family and philanthropy.

Jolie-Pitt, 41, cited “irreconcilable difference” in divorce papers filed Monday in Los Angeles. She is seeking physical custody of their six children, with visitation rights for Pitt.

An attorney for Jolie-Pitt, Robert Offer, said Tuesday that her decision to divorce was made “for the health of the family.” The filing dated the couple’s separation to last Thursday.

“I am very saddened by this, but what matters most now is the wellbeing of our kids. I kindly ask the press to give them the space they deserve during this challenging time,” Pitt said in a statement to People.

Mark Vincent Kaplan, a veteran divorce attorney who was Kevin Federline’s attorney in his divorce from Britney Spears and has handled several high-profile cases, reviewed the filing.

“There is no indication on the face of the petition filed by Ms. Jolie that there is a prenuptial agreement, or that if there is a prenup, she is asking the court to consider whether or not to invalidate it,” said Kaplan.

Though together for 12 years, Pitt and Jolie-Pitt – known as “Brangelina” – only wed in August 2014. They married privately in the French hamlet of Correns in Provence with their children serving as ring bearers and throwing flower petals. They announced the ceremony days later.

This is the second marriage for Pitt, 52, who previously wed Jennifer Aniston. It’s the third for Jolie-Pitt, who was previously married to Billy Bob Thornton and Jonny Lee Miller.

But after the media upheaval, Jolie-Pitt and Pitt settled into their own unique kind of globe-trotting domesticity. They were seldom-seen Hollywood royalty, predicated more on parenting than partying.

The pair adopted children from Cambodia, Vietnam and Ethiopia. They formed the Jolie-Pitt Foundation in 2016. Jolie-Pitt, a special envoy for the United Nations, became an outspoken voice for refugees, as well as for breast cancer treatment after undergoing a double mastectomy herself. Pitt built homes in New Orleans for victims of Hurricane Katrina.

Jolie-Pitt also launched herself as a film director. Last year, the couple starred together in her “By the Sea,” playing a glamorous couple vacationing together in France while their marriage was on the rocks. It made a mere $538,000 at the box office.

In a 2014 interview, Jolie-Pitt said playing a couple with marital problems was cathartic.

“It almost makes you get past those issues because you can laugh at them,” Jolie-Pitt said. “You do a film about bad marriage and you witness that behavior. You study it, you let it out, you attack each other and then you just want to hold each other and make sure you never behave that way.”

Jolie-Pitt earlier this year finished shooting her fourth feature as director, “First They Killed My Father.” The film, about the 1970s Khmer Rouge regime, was shot in Cambodia.

The pair was seen publicly together as recently as July, when they were spotted taking their twins to breakfast in Los Angeles.

In recent years, Pitt’s production company, Plan B, has been behind a growing number of acclaimed releases, including the Academy Award best-picture winner “12 Years a Slave,” last year’s “The Big Short” and the recently debuted festival hit “Moonlight.”

The real dirt is already hitting that Jolie hired a private detective after rumors wouldn’t die about Pitt having an affair with “Allied” co-star Marion Cotillard.

Brangelina’s French chateau Miraval — where the couple married in August 2014 — has been quietly on the market for a few months, and locals were told they were selling it because they are breaking up.

You can be sure that more will surface about the Jolie-Pitt breakup while Aniston can now know that Jolie feels the sting she did all those years ago.