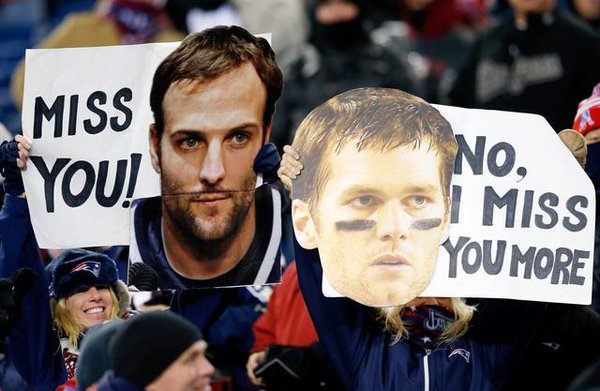 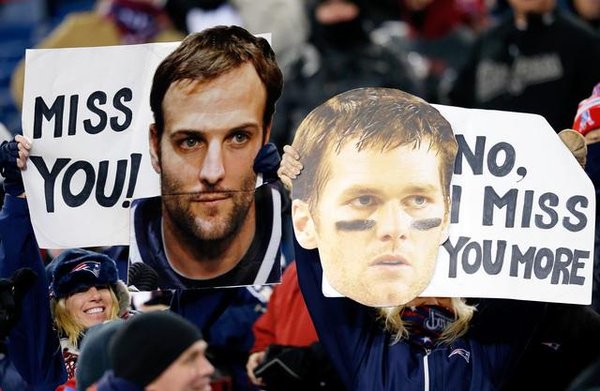 Might be time for Colin Kaepernick to find a change of scenery. He’s a big Miami Dolphins fan, right?

Niners backup QB Blaine Gabbert has been named the starter for the team in Week 11 when they take on the Seattle Seahawks after their bye week. This proclamation, of course, came after Gabbert led the team to a 17-16 victory over the struggling Atlanta Falcons. Basically, it took him one week to get half as many wins as Kaep was able to bring home over the first half of the season.

“Blaine did a nice job, did some really good things with his feet and his arm and his brain,” said head coach Jim Tomsula. “Really did a nice job, so congratulations to him.”

I told y’all he’s not horrible. Playing for the Jacksonville Jaguars really isn’t a good measure of anyone’s talent. 185 yards, two touchdowns, and two interceptions isn’t a perfect stat line, but at least he got the job done.

Gabbert isn’t the only one making a triumphant return to our TV screens—the St. Louis Rams signed Concussion King Wes Welker to a one-year deal amid rumors that Stedman Bailey will be suspended for four games.

The Rams tweeted a photo of Welker smiling while signing the contract with what appears to be a can of dip in his pocket and a water bottle full of the tears of New England Patriots fans after that drop in Super Bowl XLVI. Or maybe it’s LSD. Who really knows?

Nonetheless, the Rams do need someone else that can consistently drop the ball for Nick Foles. Tavon Austin keeps catching it, and Todd Gurley is just way too good.

I kid, but only a little, sadly. The Rams only goals this season should be keeping Fisher in place (because he’s a damn good coach) and doing just well enough to avoid being moved to Los Angeles. If they feel Welker can help them accomplish either of these, then more power to them.