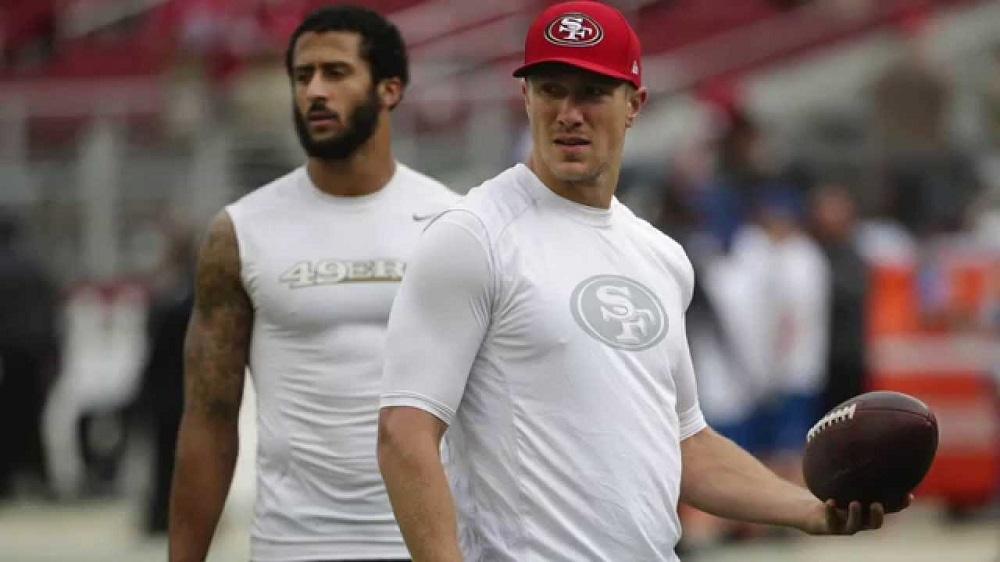 When Chip Kelly took the head coaching position with the San Francisco 49ers this offseason, fans rejoiced. Kelly’s high-powered college-style offense has a lot of potential with a quarterback like Colin Kaepernick who can scramble around the pocket and throw on the move.

Naturally, we assumed Kelly took the job because of Kaepernick. Then the 49ers started shopping the overpaid, under-producing QB around, drawing a lot of interest from the Denver Broncos.

The trade didn’t work out, mainly because of Colin’s unwillingness to negotiate a pay cut. So, the Niners are stuck with a quarterback that, apparently, their head coach finds disposable.

Now, Kaepernick may be making $20 million to sit on the bench, as training camp starts with Blaine Gabbert splitting first-team reps.

Kaepernick has regressed every season since the Super Bowl XLVII loss to the Baltimore Ravens, and Gabbert is trying to recover from the beating his reputation took as a draft bust for the Jacksonville Jaguars.

“Sometimes if you put a preconceived date on it, it’s not fair, and I’ve been in them before,” said Kelly. “I just think they express themselves in how they express themselves. Obviously, you’d like to get it done sooner rather than later, but you don’t want to get it done sooner and make the wrong decision. I think how we train and what we do on the practice fields and obviously, the opportunity to play in preseason games will give us a real good indication, we hope, as we head into the regular season.”

While Kaepernick is the incumbent, the race is anyones at this point. Kaep would have been smart to jump on the Broncos’ bandwagon and ride their Super Bowl-ready defense.