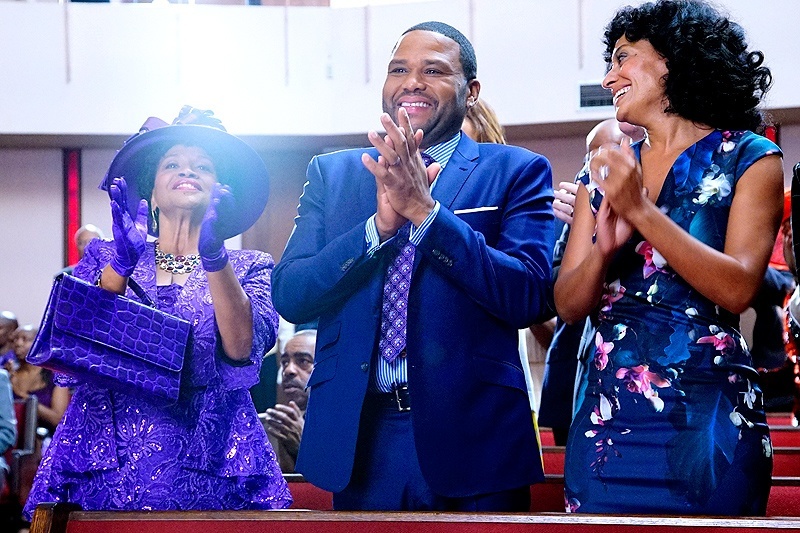 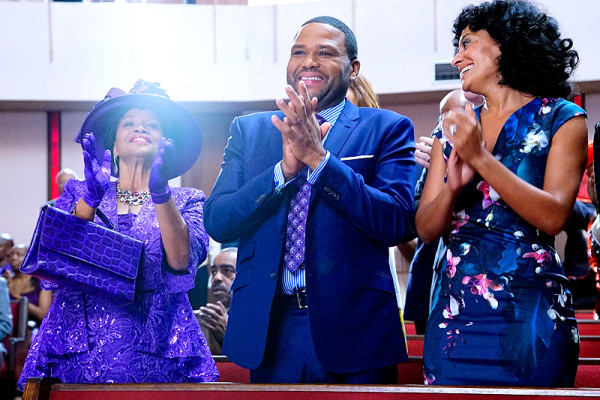 This week on “Black-ish,” the Johnson family tackles parents being “no people” and church.

Bow and Dre are okay with saying no to their children, who point out tot them all the opportunities they miss to be normal kids. Their two youngest ask them to start saying yes more, so they do. Jack and Diane are invited to the Coopers’ child’s birthday party, which means Bow and Dre have to attend too. They find that they actually have a great time and agree that they should start saying “yes” more often. At the party, The Coopers feel so comfortable with the Johnsons they invite them to attend church with them. “Church?” Dre is taken aback.  For him, Sundays are all about the kids’ sports and Diane’s court ordered therapy. And without Bow by his side, he tells them, “Yes.”

Back at the house, the Johnson kids protest and grandma Ruby is offended since she has been trying to get them to attend church with her for years. She’s even had to tell the people at her church that Dre’s absence is due to him fighting the Taliban. Oh, Grandma Ruby. During this time too, somehow the fact that the twins have never been baptized. “Sweet Lord holy Jesus keep me near the cross.” Needless to say, she is making plans to get her babies right with the Lord and she also tells her twin grandchildren that they are going to hell.

At the Coopers church that Sunday, it is rocking. The Johnsons love the contemporary music, the messages and the free cupcakes. Bow tells her husband, “Is it crazy this is one of the best Sundays of my life.”

The Coopers find them after church and the Johnsons express how glad they are they came. So what do their neighbors do? Invite them to come next week and because they are on a newfound “yes” way of life, Bow and Dre agree.

The next day, Dre goes into work very chipper, and his co-workers are excited for him, but they tell him to be careful with going to church because, “You get locked in.” At home, he asks Bow if they are “getting all churchy “ and she says no. “I think the Coopers church really could be our church.”

Scene switch, and everything they loved about their first visit bothers them. Dre wants to leave right in the middle but as they get ready to they can’t… because as found his place amongst the musicians on stage- he plays the tambourine. After service, wanting to think of a way to get out of having to come back, they tell the Coopers that “culturally speaking” the church is just not for them. Because the Coopers are so understanding, they offer to attend church with the Johnsons, who say, “Yes.” This should be good.

Dre goes to his mother telling her he’s ready to finally come back to church, and she calls him out. “I heard about them snowflakes inviting themselves to my church… them white folks are more than welcome. Black Jesus doesn’t see color.”

That Sunday, the Johnsons dress up. Grandma Ruby even buys Junior the black man’s church outfit- a pimp suit. This scene is great because it is a perfect representation of what goes on in a black church. Since the Johnsons are not used to church, they become restless. The Coopers, however, seem to enjoy the overly long service, with their son saying “amen.” Dre realizes the Coopers are better at “black church” than them.  Four hours and 57 minutes later, church is over, and the Johnsons are ready to confess about their lack of church attendance but they don’t have to because the Coopers use the same “culturally speaking” bull crap as to why the will stay at their own church.

The next Sunday, while they lye in bed after a few Sundays having to be up and ready for church, Bow and Dre actually miss going to church. As they talk about the possibility of looking for one that fits them, Ruby comes in to announce that she baptized Diane and Jack in the pool. Bow and Dre have no words and just look at each other.

Grandmas are the best, aren’t they?