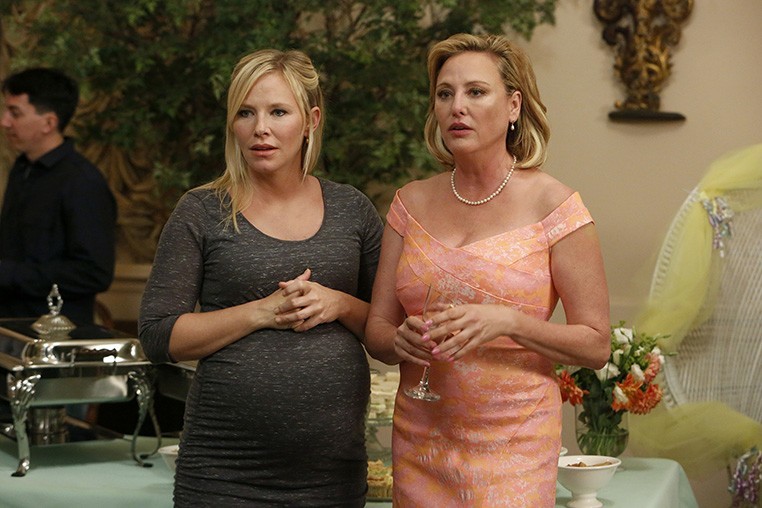 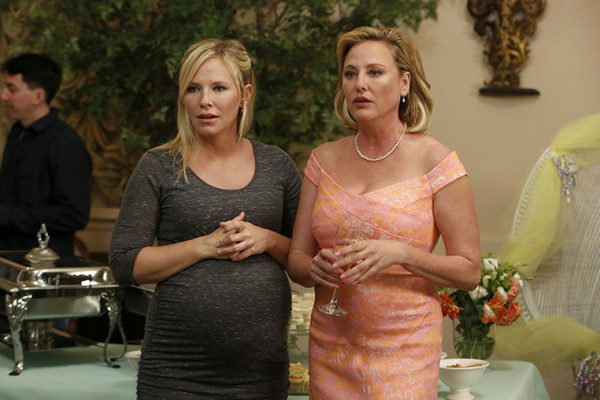 This was a rather twisty but intense episode of “Law & Order: SVU,” as Rollins’s mom came to NYC to help Rollins with her pregnancy. The Deputy Chief brought the new sergeant to meet Benson. They went to a Manhattan hotel after a woman was attacked in her room. The woman said a man barged into her room and covered her mouth, pushed her to the ground and raped her. The woman said she passed out after the rape. She said she knew her rapist, Anton. They went to Anton’s hotel room, and Anton told them he just called the police because his flute had been stolen. Sonny and Finn brought him to the station for questioning. Anton said he had a drink with the woman at the hotel bar and went back to his room and passed out. Anton denied attacking the woman. The new sergeant brought video footage to Rollins and Benson of Anton breaking into the woman’s room.

Rollins got a message that Anton’s flute had been taken to a pawn shop. Rollins’s sister Kim was the one that took it there. After seeing footage of her doing so, Rollins lied to Finn and said she wasn’t able to access it. Rollins took Finn into the break room and showed him the video on her phone. Finn said Rollins had to tell Benson about this, but she wouldn’t. Rollins said her mother must know where Kim was.

Rollins called her mom asking where Kim was. She told her that Kim had been working as a prostitute. When Rollins’ mom hung up the phone, she looked at Kim and asked her if she had done anything wrong, but Kim denied any wrongdoing. Benson found out Anton found Kim on Craigslist. Rollins and Kim met up at a cafe and Rollins told her she was in serious trouble. She said she didn’t drug Anton and that he gave her the flute. Then Rollins’s mom came over, and Rollins tried to shoo her away. Rollins said if Kim didn’t come with her willingly she would arrest her. Kim then left and said to tell their mother goodbye.

Sergeant Mike was interrupted by Benson when they found out that they had proof Anton raped the woman in the hotel room. Kim had a pimp that led her to Anton, and Sergeant Mike questioned the pimp about the case.

Benson brought Rollins and Finn in to question Rollins about knowing her sister pawned the stolen flute and not saying anything. Rollins’s mother was brought in to talk to Benson, Rollins and Sergeant Mike about Kim. He told their mom there was an outstanding warrant for Kim and that if she knew where Kim was but wouldn’t say she would be arrested. Rollins’s mom then called Kim and Kim called back a minute later. Her mother told her to stay where she was. Kim was at Rollins’s apartment at the time, so Benson and the team went there and arrested her. Finn went into her apartment and found that Kim had assaulted her pimp, and the pimp was then arrested.

At the station, their mom showed up and saw Kim in handcuffs. Benson sent Rollins and her mother home. She told Kim to be quiet until she got a lawyer. When she did, her lawyer said she acted in self-defense. Kim said she was given money to go to school and help her sister when her baby is born.

In court, Anton was charged with first-degree rape but his lawyer filed a not guilty plea for him. His lawyer tried to say he was drugged. Anton was remanded without bail. Kim was charged with grand larceny and assault. Kim pleaded not guilty on all charges. The judge remanded her to Riker’s until her trial. Rollins’s mother said Rollins used her to set up Kim but Rollins said Kim’s pimp could have killed her. Rollin’s mother said she was leaving New York until Kim’s trial started. Rollins then almost passed out and was taken to the hospital. She was checked out and told her blood pressure had spiked.

Sergeant Mike went into Olivia’s office and she apologized for not knowing the escort in this case was Rollins’s sister. Sergeant Mike said he wanted Benson to know that what happens at SVU stays at SVU.

At Riker’s Island, Rollins went to visit Kim. Kim told Rollins her lawyer was going to get a plea deal for her in court and that he thought she would be out of jail in less than a year. She also said she thought once she got out of jail he was going to ask her to marry him.