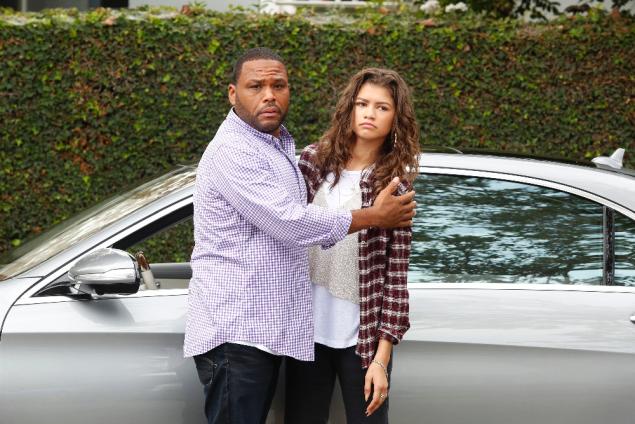 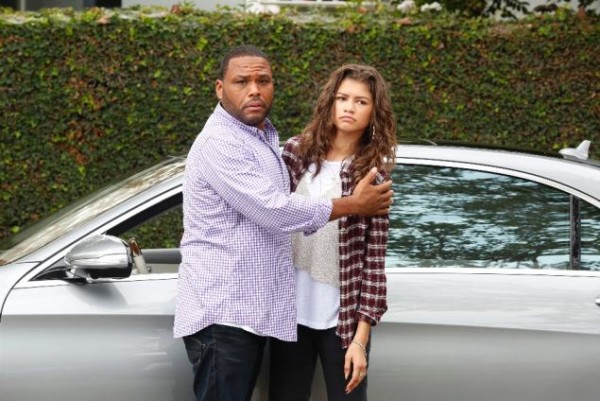 Get ready people, because there’s a brand new holiday on the calendar- Daddy’s Day. That’s the subject matter this week on Blackish.

Dre feels that Fathers Day is a joke and “It never even had a chance… cowering in its shell” against Mother’s Day.” He and his colleges come up with a new holiday honoring fathers- Daddy’s Day.

He calls his family together to tell them about the new initiative at work and how he is going to implement it at home. It is in the fall so doesn’t have to share any shine with Mother’s day, and he gives them a run down of the points, why they have this new holiday and what he expects.

Bow shuts him down with the quickness. He tells them that they are serious about it and are even pitching for sponsors. Can someone say Bud Light? Pops also weighs in letting Dre. Know that it “is the dumbest idea of all of your dumb ideas.”

Zoe comes into the meeting with her friend Rasheda, and they are clued into what Daddy’s Day is. Zoe looks at him like he is crazy, and Bow dismisses them. Dre. not wanting to be outdone by his wife, dismisses everyone with the homework to come up with ideas for gifts by Sunday.

Ruby, of course, breaks Bow joy (Jr. offers to give her the night off by doing the laundry) telling her that he’s only doing it to be nice since she is pretty much a failure as a mother. Throughout this episode, they explore the momma’s boy relationship between him and Bow. She coddles him, and Ruby tells her if Jr. isn’t willing to die for her, they are not close enough.

Back at the office, the men go over their strategies, which are sexist and offensive. They feel they need a child to be the face of their campaign and suggest Zoe. Dre. is all for it, but he feels that her attitude is all wrong. “If I’m going to get her excited about Daddy’s Day she has to care about Daddy.” Rasheda also gives her input to change Daddy’s Day from Sunday to Monday (in the place of Columbus Day). She and Dre bond until Zoe tells her dad to get out. He then offers the opportunity to Rasheda, to Zoe’s chagrin.

Jr. continues his momma’s boy behavior, even putting his young siblings in check and while she feels they have a great connection, Ruby tells her that they have a very similar relationship to that of hers and Dre. This horrifies Bow as she thinks about what that means.

Dre and Rasheda over the storyboard for the commercial and Bow tells him he is wrong for casting Zoe’s friend. Dre’s parents go back and forth about Pop’s parenting skills and they give their son a quick lesson on being a father to a daughter.

At the office, he premieres the video of Daddy’s Day, and everyone is in love with it. Dre then brings out Rasheda and they applaud at the idea that she’s real. “I thought she was CG.” Rasheda then texts Zoe that Dre is giving her driving lessons to which Zoe says, “We can play this game.”

During the driving lesson, he screams at Rasheda, etc. but that’s okay because she believes, “Yelling is caring.” He is caught off guard (in a good way) because that’s exactly what he tells Zoe (who doesn’t listen). Speaking of his oldest daughter, just as he and her bestie finish their driving lesson, she rolls past them driving Charlie’s car and gives her daddy a, “Now what” look. “Zoe has fired her first shot, and it was a good one.”

They then become locked in a “major daughter/daddy standoff.” Back at the house, she tells him that she failed her lesson because of Charlie. “The driving instructor told me I drive like a drunk person… she actually gave me a breathalyzer.” She chastises her father, in a way, saying that she is just being a teenager when she turns down his help, and he’s supposed to keep pushing until she caves. Zoe walks away, and Dre is left standing there speechless.

This situation leaves him feeling down during his meeting with the sponsors, and he is off his game. He breaks down during his presentation. “I’m just a little distracted.” As he explains how his daughter’s friend does things for him that she doesn’t the sponsors (and his co-workers) misinterpret what he is saying and are disgusted, so they leave. “We’d rather not be implicated in this.”

After school, Rasheda tells Zoe she passed her drivers test, and Zoe still throws shade at Dre. Pops then interrupts and tells her she should be thankful because if dads did what Dre does for her back in his day, they’d be considered women.

Dre’s presentation ends Daddy’s Day at work but at home, Zoe gives him the Daddy’s Day he wants. As Jr. brings out Dre’s favorite food, ribs, he drops them. His father goes off on him, and Jr. looks to his mother, who enforces what her husband said. As her eldest son walks out, with much sorrow, she tells him from then on they will have a normal mother/son relationship. Ruby then tells her as she heads to the table, “Now he’ll never kill for you.”

Oh, the Johnsons. You’ve got to love them.