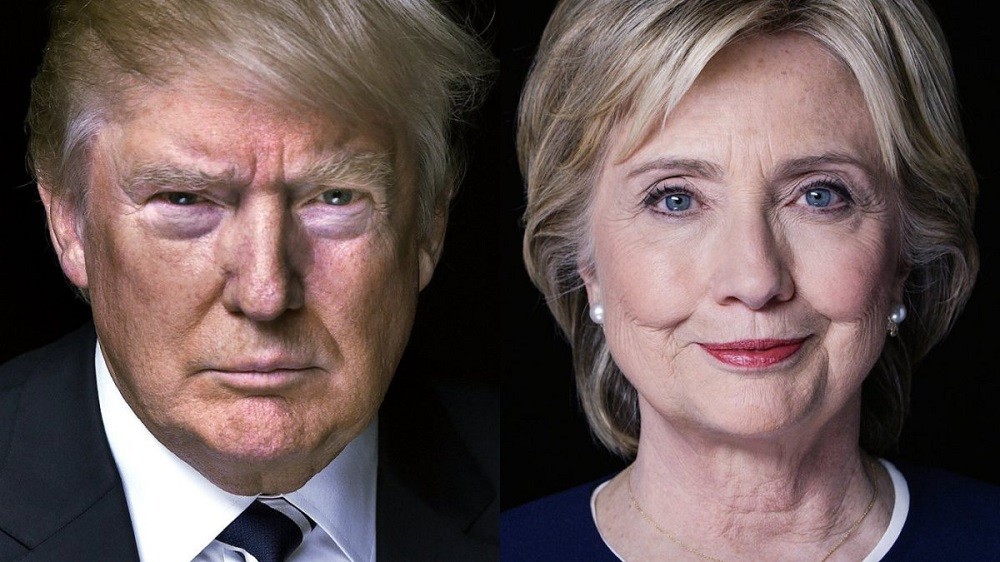 Monday night’s Hillary Clinton vs. Donald Trump 2016 Presidential election debate will surely pull in a lot of viewers expecting quite a show. You have the born showman, Donald Trump, riding high on his rising ratings, but he should be smart enough to know that a lot rides on his performance. You can be sure Hillary Clinton has been prepped as she knows the stakes are high for the future of our country.

One of the more interesting things will be if Clinton has enough time to call Trump out on his omissions of fact and if he’ll continue with his loose with the facts strategy.

The most telling moments in presidential debates often come out of the blue – an offhand remark or unrehearsed gesture that helps to reveal the essence of a candidate who’s already been poked, prodded and inspected for years.

Hillary Clinton and Donald Trump have competing missions heading into Monday night’s leadoff debate of the general election campaign: Hers to overcome the trust questions that have bedeviled her for decades. His to convince voters that he has the good judgment and restraint required of a president.

Plenty of subtexts will play out as well over 90 minutes of must-see TV before an estimated audience of 75 million or more viewers – an outsized share of them disenchanted with both candidates.

Some things to watch for Monday night:

CLINTON vs. INTERNATIONAL MAN OF MYSTERY

Just who will show up to debate Clinton? Will it be the say-anything Trump who roiled the primary debates by dishing out a stream of insults and provocations? Or the rein-it-in Trump who’s been trying to demonstrate of late that he has the maturity and measured temperament to be president? One possible clue: Watch to see whether Trump trots out the “crooked Hillary” nickname or puts it on ice for 90 minutes.

Expect Clinton to try to goad Trump into losing control, perhaps by questioning the size of his wealth and the success of his businesses or by highlighting his past incendiary statements about minorities, women and others. Trump is promising to “stay cool.” But 90 minutes could be a long time for the master of improv and theatrics to hew to a script.

Both candidates have policy gaps to fill in and changes in position to explain. At its best, the debate could help flesh out details of both candidates’ platforms, highlighting similarities and differences. There are pitfalls here for Trump in particular: Weak on policy, he’s vulnerable to slip-ups that could feed into the not-ready-to-govern line that Clinton is pushing. Trump has been studying up: You can bet he now knows what the nuclear triad is. (During the primary debates, he seemed not to understand that it represents weapons in silos, submarines and bombers.)

Clinton largely got a pass during the Democratic primary debates on her use of a private email system when she was secretary of state. Primary rival Bernie Sanders, in their first debate, did Clinton a favor when he declared that “people are sick and tired of hearing about your damn emails.” Don’t expect Trump to cut Clinton a similar break. She also has more to answer for since the FBI concluded that she was “extremely careless” in her handling of classified material in the emails. Clinton has been struggling to find an effective explanation: Now would be a good time for her to nail it.

They can’t exactly drop to the floor for a one-armed pushups contest. But look for both candidates to more subtly project health and stability. After her much-publicized coughing fits and recent bout of pneumonia, Clinton will be out to show she’s got the strength and stamina the White House job demands. As for Trump, critics have speculated he has any number of psychiatric disorders. It would be a good time to show a level head and solid grounding.

He shrugs. She bobs her head. He waves his arms. She pinches her thumb and index finger. Every wink, nod and fidget on Monday will be analyzed for silent messages that can speak volumes. President George H.W. Bush caught grief for stealing a look at his watch during a 1992 debate. Al Gore’s audible sighs in a 2000 debate were seen as discourteous to George W. Bush.

The candidates won’t be the only ones under the microscope. Moderator Lester Holt of NBC News will be under enormous pressure to maintain control and act as an objective referee. In the lead-up to the debate, Trump maintained that it would be improper for Holt to try to fact-check the candidates’ statements in real time. Clinton spokesman Brian Fallon tweeted that if debate moderators don’t fact-check the candidates, “it is an unfair advantage to Trump, who is a congenital liar.”

Gender politics will be afoot in the first general-election debate to feature a woman. Trump had trouble navigating this terrain in the primaries, when he tried to back away from a derogatory comment about rival Carly Fiorina’s looks by declaring in one debate that she had a “beautiful face.” Clinton will be ready. She said earlier this year: “I have a lot of experience dealing with men who sometimes get off the reservation in the way they behave and how they speak.”

Call it frivolous, but people will check out what the candidates wear, especially Clinton. When comic Zach Galifianakis recently asked Clinton what she was going to wear, Clinton said she had no idea and scolded him for “this thing called the double standard.” As for what Trump will wear, Clinton said: “I assume he’ll wear that red power tie.” Alluding to questions about whether Trump is a racist, Galifianakis replied: “Or maybe a white power tie.”

Even if you watch the whole debate, its impact may not be completely clear until the post-debate pontificating plays out. The analysis and selected clips that are highlighted after the debate can have a big influence on the millions of people who didn’t tune in – or who watched Monday Night Football instead. And why wait for the debate to end? Your Twitter feed will be filled with significant moments before you’ve even had time to digest them.