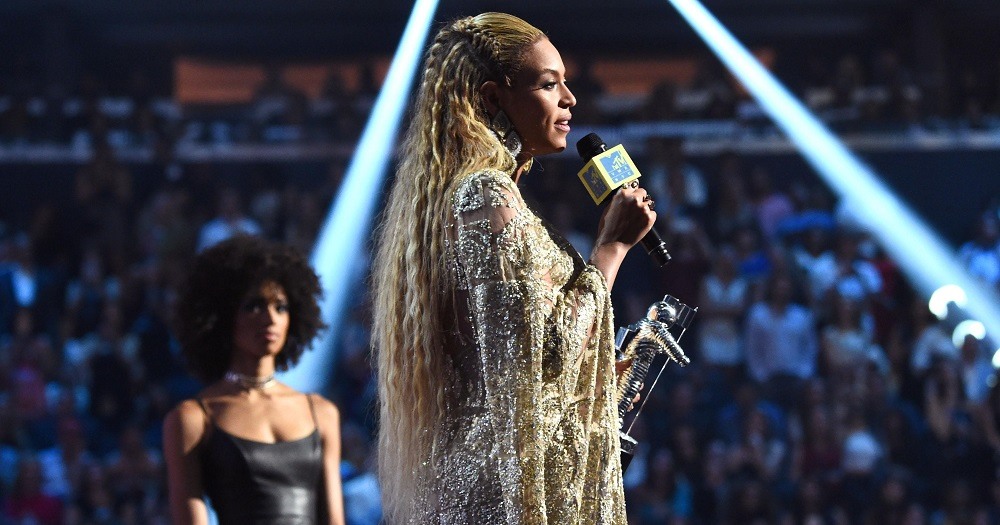 While some critics were predicting the demise of Beyonce earlier this year, the singer slapped them back with “Lemonade,” proving that she is far from over in the music industry.

Beyonce proved once again she is the contemporary rock star, and she used the MTV Video Music Awards stage to showcase her skills and outshine her peers, from Rihanna to Britney Spears.

Beyonce won eight awards, including video of the year, and performed five songs from her visual album “Lemonade” in an epic 16-minute concert Sunday that had the audience at Madison Square Garden in awe.

She sang live, danced heavily and worked the crowd as she ran through “Pray You Catch Me,” ”Hold Up,” ”Sorry,” ”Don’t Hurt Yourself” and “Formation,” which won the top prize over Adele, Drake, Justin Bieber and Kanye West.

“First of all, I’d like to thank my beautiful daughter and my incredible husband for all of their support,” said Beyonce, who walked the carpet with daughter Blue Ivy and the mothers of Trayvon Martin, Michael Brown and Eric Garner – who all appeared in “Lemonade” movie.

It was reminiscent of the 2014 VMAs when Beyonce also performed for 16 minutes and accepted the Michael Jackson Video Vanguard award. This year it was awarded to Rihanna, who split up her performances throughout the night, singing hits such as “Work,” ”We Found Love” and “Love on the Brain.”

But the biggest moment for Rihanna came when Drake – in a tuxedo – presented the award to his former girlfriend. He said he met Rihanna in 2005 on the set of her first music video for “Pon de Replay.”

“She’s someone I’ve been in love with her since I was 22 years old,” Drake said as Rihanna blushed and the audience cheered loudly. “She’s one of my best friends in the world. All of my adult life I’ve looked up to her even though she’s younger than me.”

Rihanna, 28, thanked her family, friends and hometown of Saint Michael, Barbados, for helping her succeed in her 11-year-career.

“My success started as my dream, but now my success is not my own. It’s my family, my fans, my country …it’s women, it’s black women,” she said.

Beyonce’s top-notch performance starkly contrasted with that of Spears, who returned to the VMA stage after 10 years. Not only did she lip sync, in typical fashion, but she did so badly. Spears performed her hit “Make Me…” and danced slickly, but she didn’t actually sing a word of the song live. She was joined by rapper G-Eazy – and she lip synched the hook to his hit song, “Me, Myself and I.”

In true Kanye fashion, the rapper ranted onstage, touching on subjects from music to his beef with Taylor Swift to violence in his hometown Chicago before he debuted his music video for “Fade,” which starred Teyana Taylor. He talked about his “Famous” video, which features what appear to be naked images of himself, his wife Kim Kardashian, Swift, Donald Trump and others. He even pointed to former girlfriend Amber Rose, who was in the audience and is also in the video. 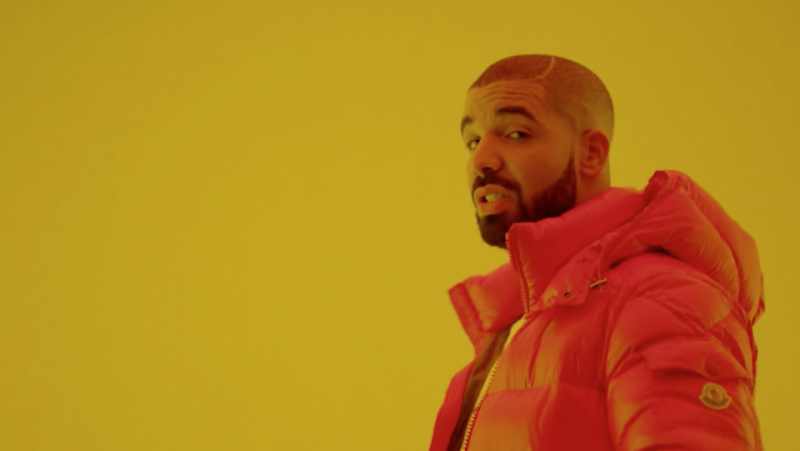 Drake won best hip hop video for “Hotline Bling” and Calvin Harris won best male video for “This is What You Came For.” David Bowie – who died from cancer earlier this year – received four nominations for “Lazarus” and won best art direction. The music video, which shows him looking frail in bed with bandaged eyes, was released just days before the icon’s Jan. 10 death.

Performers included Nick Jonas, The Chainsmokers, Ty Dollar $ign and Ariana Grande, who brought spin class to the VMA stage when she sang the reggae-tinged “Side to Side” with Nicki Minaj.

In one of several odes to the recent Olympic Games, Michael Phelps said he’s been inspired by hip-hop music before introducing Future, who Phelps said he listened to before swimming and making the grimace that went viral. The rapper-singer-producer performed his hit “(Expletive) Up Some Commas.”

Jimmy Fallon, who presented video of the year, dressed as Ryan Lochte and even sported the platinum blonde hair. As Lochte – who is dealing with trouble after filing a false robbery report over an incident during the Rio Olympics – Fallon lied onstage about writing Justin Bieber’s “Sorry” and directing the clips nominated for video of the year.

Other presenters include Alicia Keys, Puff Daddy and four of the Final Five gymnasts (Gabby Douglas was hospitalized for a mouth infection).

Adele was behind Beyonce with eight nominations, but the British singer did not attend the show and did not win any Moon Men. Beyonce’s wins included best female video, pop video, breakthrough long-form video, choreography, direction, cinematography and editing. 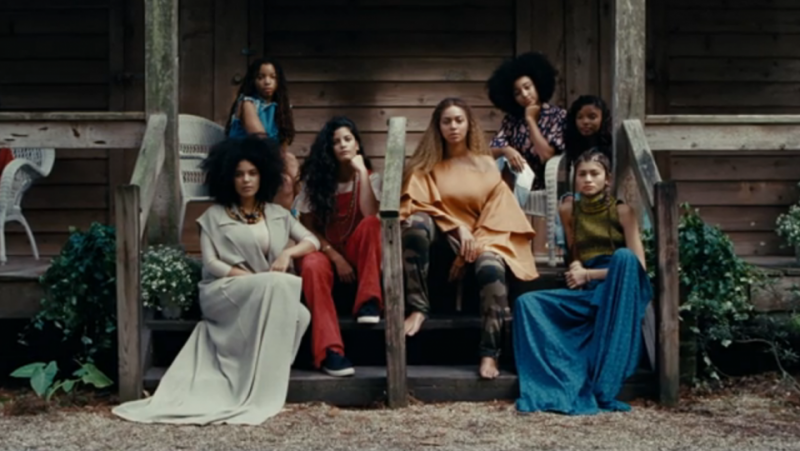 Video of the Year 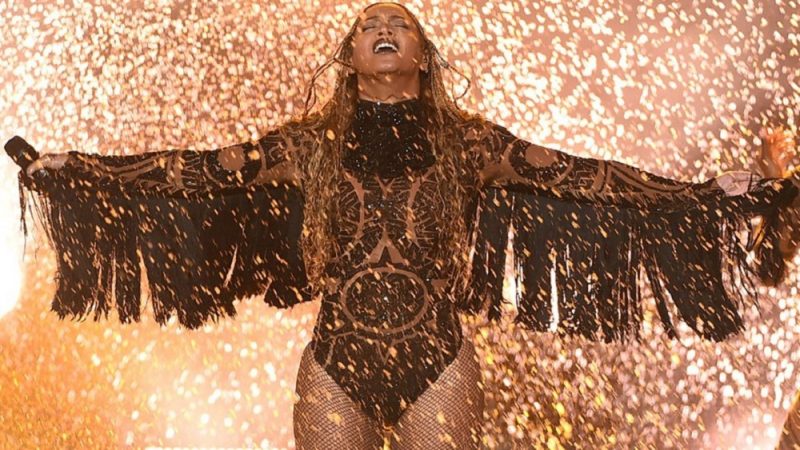 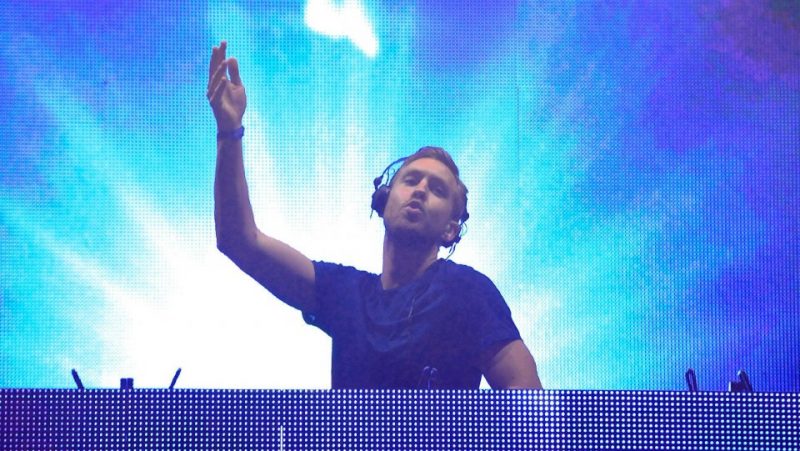 Calvin Harris ft. Rihanna – “This Is What You Came For” (WINNER)
Director: Emil Nava

Calvin Harris ft. Rihanna – “This Is What You Came For”
Director: Emil Nava 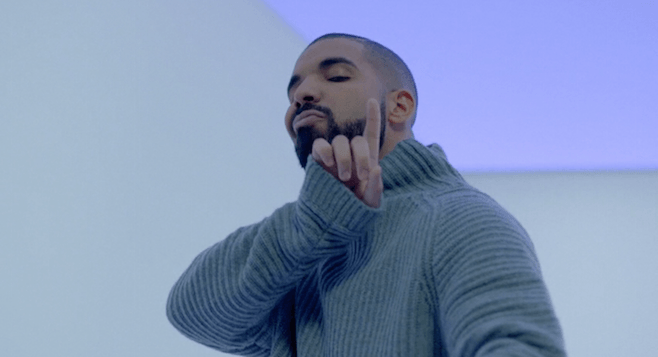 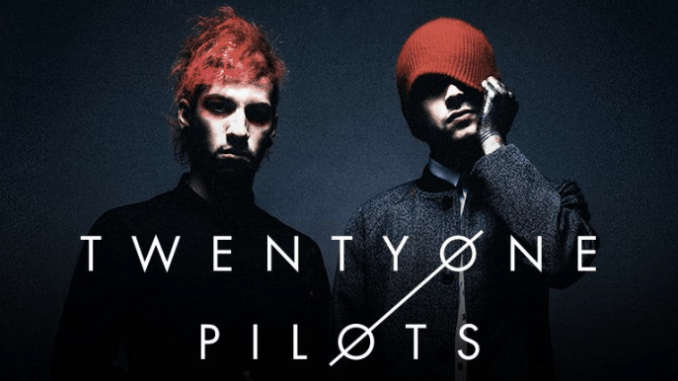 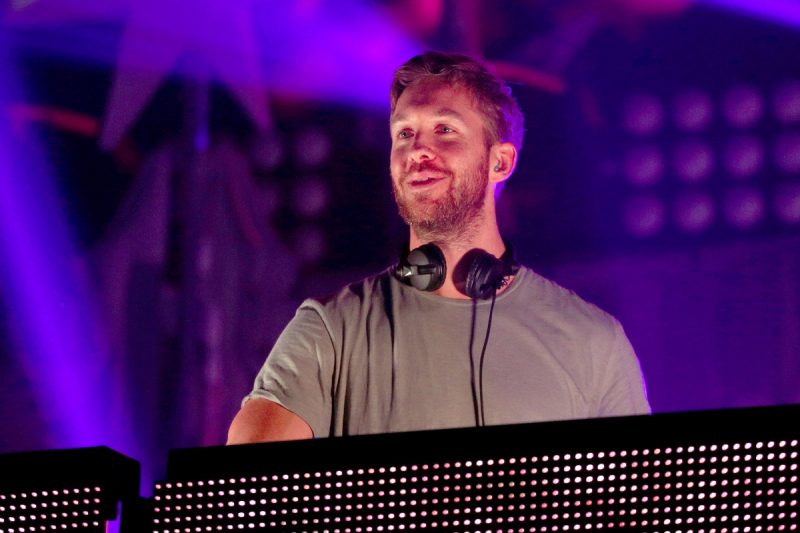 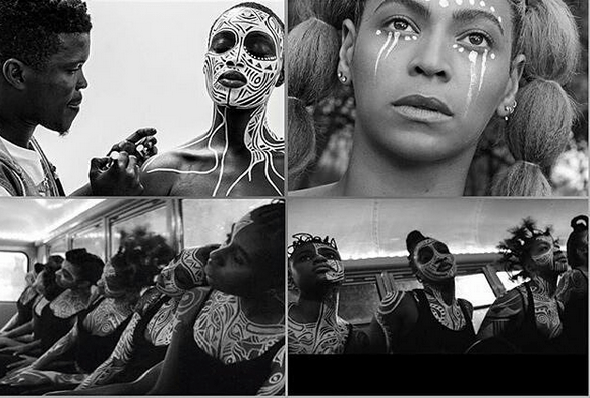 Florence + The Machine – The Odyssey 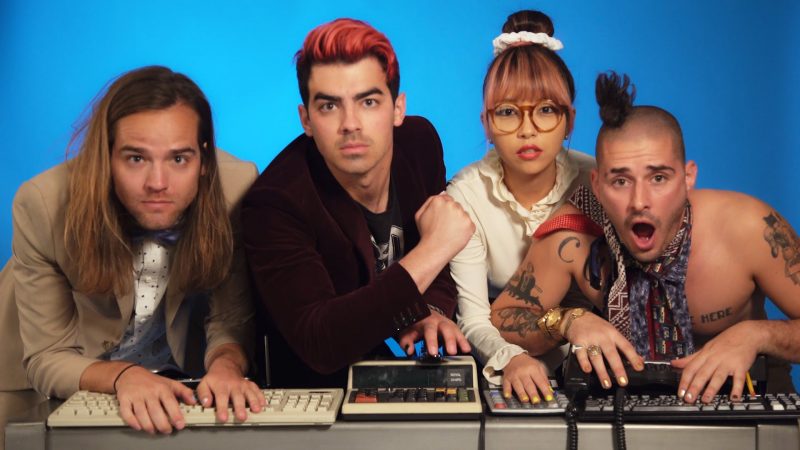 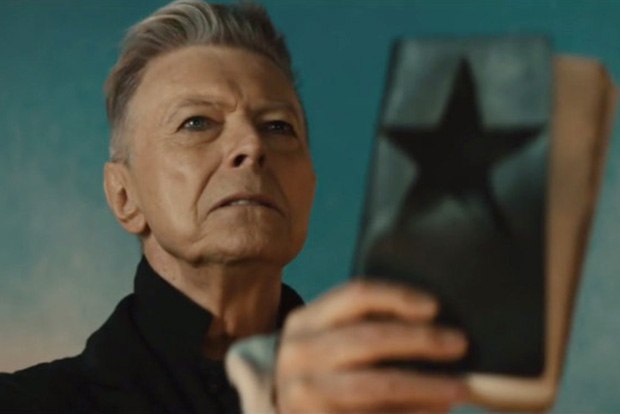 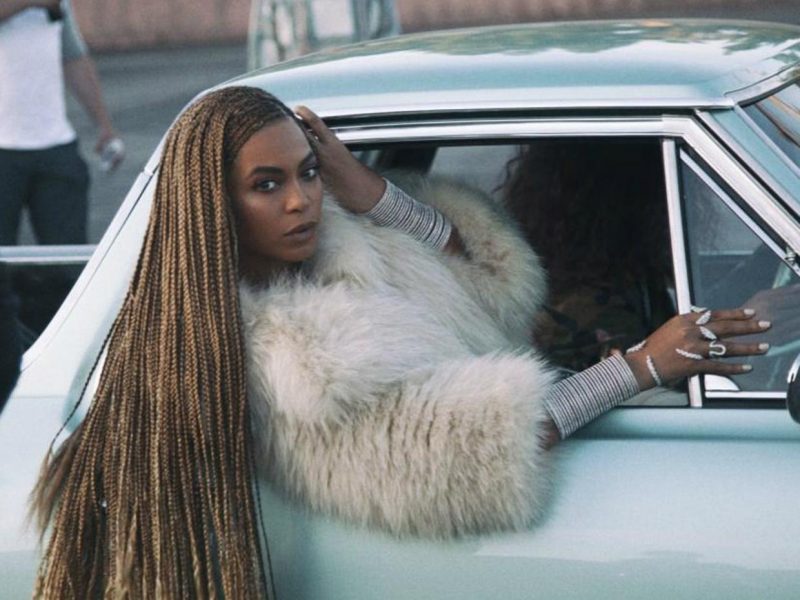 Missy Elliott ft. Pharrell – “WTF (Where They From)”
Choreographer: Hi-Hat 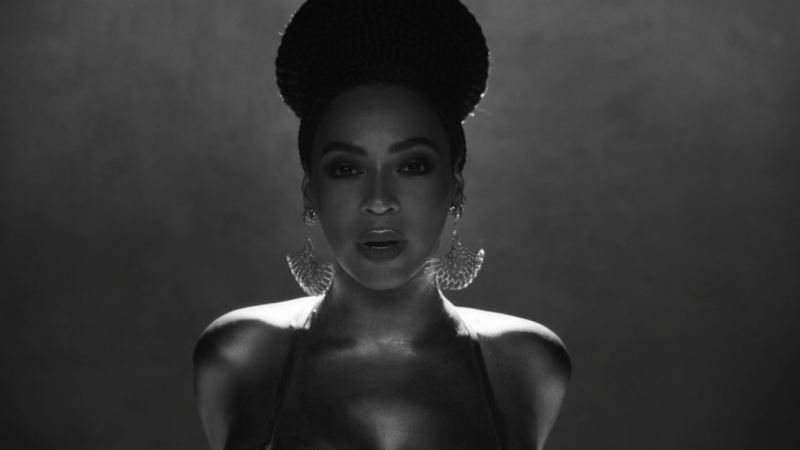 Tame Impala – “The Less I Know The Better”
Director: Canada 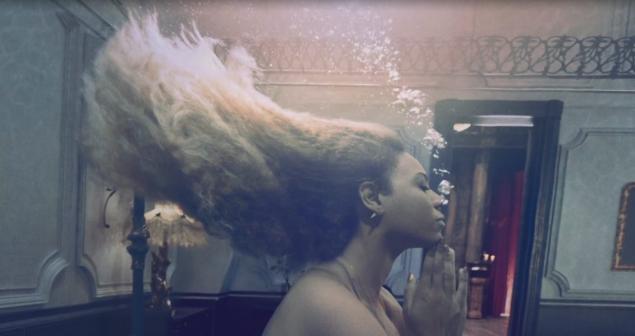 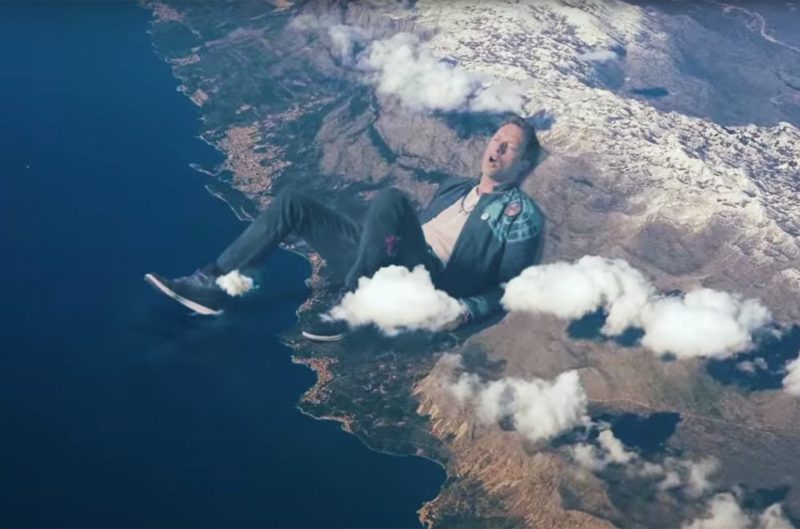 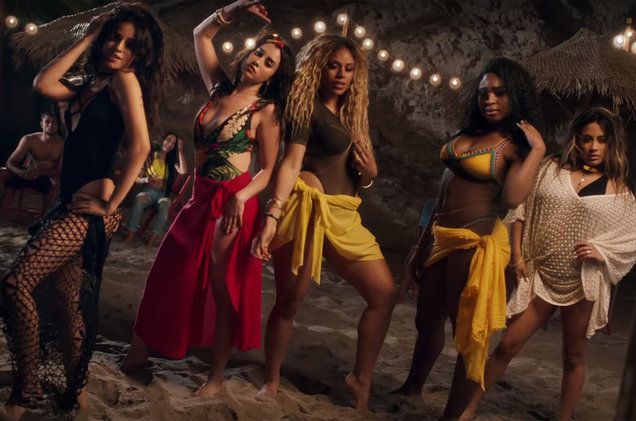 Calvin Harris featuring Rihanna – “This Is What You Came For”