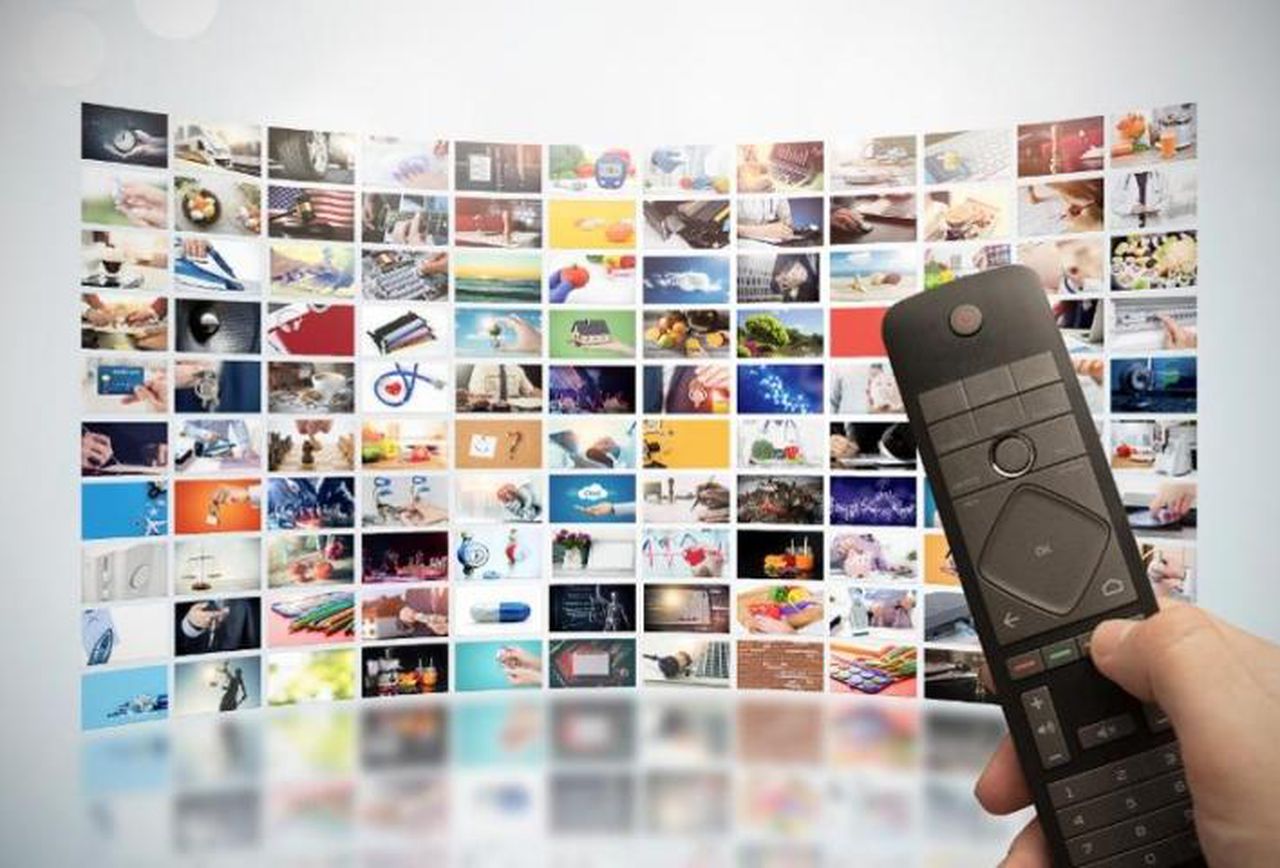 There are a ton of streaming video services out there, but there’s still some great free ones, and here’s the best you can find for some amazing films and tv shows. Amazon is coming under fire with their kids voice assistant, as it appears to never forget what your kids tell it, unlike you.

Free services let you watch thousands of movies and TV shows online, but using them feels like wandering through a low-rent, digital version of Blockbuster (RIP).

Reality TV, long-forgotten “classics” and movies that never made it to theaters — these are the types of lackluster shows and movies you’ll find for free. But finding gems in the junk, like the original “Roseanne,” can give you a treasure-hunting rush.

Unfortunately, websites and apps for many of the services have poor designs and search capabilities — not conducive to finding those gems. An outside search aid such as Roku, Reelgood, Decider and JustWatch can help scan multiple services to see which ones have the titles you want.

Once you find something to watch, you’ll have to put up with commercials. You’ll get fewer ads compared with traditional TV channels. But online ad breaks sometimes interrupt people speaking, which is super annoying. And these services may also track you to target ads.

But as entertainment costs rise — especially as AT&T, Disney, and Apple introduce new video subscriptions — free is hard to turn down.

Here’s a look at some of the best-known:

What’s on: “Classic” movies and TV shows, along with some originals — although the best-known, Jerry Seinfeld’s “Comedians in Cars Getting Coffee,” is now on Netflix instead. You can browse movies by broad categories like “action” and “drama.”

How odd: An “up next” feature plays something else after you’re done watching. But instead of bringing up the next “Who’s the Boss” episode after finishing the pilot, it landed on the movie “Ali.” And despite what the search results tell you, Julia Roberts is not in “El Mariachi.”

On demand: The original nine-season run of “Roseanne” (but not the recent reboot) and some appealing movies from the past few decades like “Election,” ″Short Term 12″ and “Heathers.”

Live TV: Pluto is unusual in that it also offers dozens of channels with “live” video. Though some of these are pretty niche, dedicated to Minecraft or cats, the service is owned by Viacom, so you also get shows from well-known Viacom networks like MTV and Comedy Central. There’s an entire channel dedicated to MTV’s “The Hills.”

How odd: The TV guide only shows what’s on in the next 90 minutes, and you can’t pause, rewind or fast-forward the video.

What’s on: Fun retro stuff (I do love “Problem Child”), prestige films from past decades and some old hits. A tenth of the library changes every month. You’ll be shocked at how many great films are on this channel, especially hard to find cult favorites.

Finding video: Movies and TV shows are organized into useful categories, some with cheeky themes like “Cult Classics” or “Not on Netflix.”

Ad interruptions: It’s great that I can fast-forward through scenes without being forced to watch an ad. Other free services often show ads when you jump ahead. TV episodes that I watched only had ads before the show, not during it, but that doesn’t mean the same will happen for you.

How odd: A third of the movies brought up by searching actor John Ritter came out after he died. His ghost is not in them.

What’s on: The Walmart-owned service sells shows and movies, just like Apple’s iTunes and Google Play, but there’s also plenty of free TV shows and movies, with such categories like “Westerns,” ″Anime” and “Kids TV.” Vudu will also introduce original content this summer.

Those ads: Though ads will break up movies, they didn’t interrupt the TV shows I watched. Rather, as with Tubi, the ads were all shown before the episodes.

How odd: Different seasons of TV shows each get their own tile, making me scroll more to find different shows.

There are many, many other free services, including ones that focus just on children’s video (PBS Kids) or local news (NewsON). Here are a few that will have broader appeal:

— YOUTUBE is the world’s largest free video site, but it’s not the best place to find full versions of traditional movies and TV series for adults. Its selection of free movies is small and uninteresting (Find them by searching for “movies” and looking for the “free with ads” tag). YouTube also streams live events and plans to make its original shows free.

— HOOPLA and KANOPY technically charge for viewing videos, but it’s your public library that pays for it. It’s free for you with a library card. The movie selection is noticeably better, particularly Kanopy, with recent critical favorites, though don’t expect the latest Marvel or “Star Wars” blockbusters. No ads, but libraries limit how many you can watch each month.

— YAHOO VIEW is Hulu’s old free business, with a few recent episodes of broadcast-network shows. You can watch only on a traditional computer, not a mobile or streaming device.

— The ROKU CHANNEL with live channels and on-demand movies and shows. It works on computers and mobile, so you don’t need to own a Roku streaming device.

— Amazon-owned IMDB FREEDIVE has on-demand movies and shows, but not as extensive as what you get with an Amazon Prime membership.

— Facebook has a WATCH tab with cult favorite “Buffy the Vampire Slayer” and Jada Pinkett Smith’s talk show, but it isn’t easy to use or tell what’s available.

Amazon met with skepticism from some privacy advocates and members of Congress last year when it introduced its first kid-oriented voice assistant, along with brightly colored models of its Echo Dot speaker designed for children.

Now those advocates say the kids’ version of Amazon’s Alexa won’t forget what children tell it, even after parents try to delete the conversations. For that and other alleged privacy flaws they found while testing the service, they’re now asking the Federal Trade Commission on Thursday to investigate whether it violates children’s privacy laws.

“These are children talking in their own homes about anything and everything,” said Josh Golin, who directs the Campaign for a Commercial Free Childhood. “Why is Amazon keeping these voice recordings?”

A coalition of groups led by Golin’s organization and Georgetown University’s Institute for Public Representation is filing a formal complaint with the FTC alleging that Amazon is violating the federal Children’s Online Privacy Protection Act, known as COPPA, by holding onto a child’s personal information longer than is reasonably necessary.

Amazon said in a statement that its Echo Dot Kids Edition is compliant with COPPA.

Consumer Reports said that its own tests also found that the Echo Dot Kids remembered information that was deleted, including a birth date and the color of a dog. The nonprofit organization said its researchers were able to delete data from regular versions of Echo Dot and Alexa.

In one example the advocates captured on video, a child asks the device to remember some personal information, including her walnut allergy.

An adult later tries to delete all that information, which includes the voice recordings and written transcripts associated with them. But when the child asks what Alexa remembers, it still recalls that she’s allergic to walnuts.

“This suggests that Amazon has designed the Echo Dot Kids Edition so that it can never forget what the child has said to it,” the complaint says.

It also says that about 85% of the more than 2,000 games, quizzes and other Alexa “skills” aimed at kids did not have privacy policies posted. Such skills are generally produced by independent software developers or other third parties, not Amazon.

It’s unclear whether the FTC will take up the complaint, as its investigations are rarely public. But the agency has been enforcing children’s privacy rules more seriously in the past year, said Allison Fitzpatrick, a lawyer who helps companies comply with COPPA requirements and was not involved in the complaint.

That was the case earlier this week, when the agency issued a warning to a Ukrainian firm that its three dating apps appeared to violate COPPA because they were accessible to children. That led Google and Apple to pull them from their app stores. Earlier this year, the FTC imposed a $5.7 million fine on popular video-sharing app TikTok, the largest COPPA-related penalty since the law was enacted two decades ago.

For the FTC to take notice, however, Fitzpatrick said there usually needs to be evidence of “real, actual harm,” not just the theoretical harm she said advocacy groups often outline.

But Fitzpatrick said that, on their face, the new allegations against Amazon appear troubling. She said the FTC provides an exemption that enables a business to collect a child’s voice recording without parental consent, but that’s only for a temporary and specific purpose — such as to perform an online search or fulfill a verbal command.