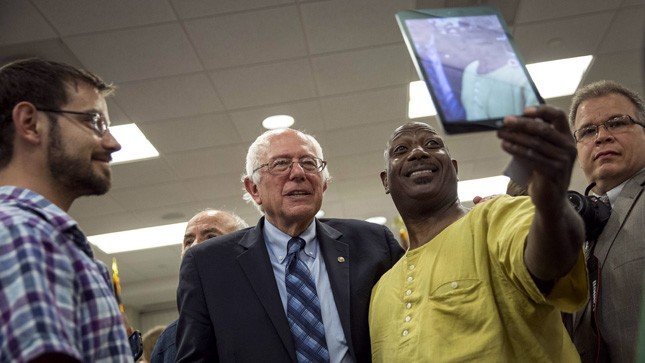 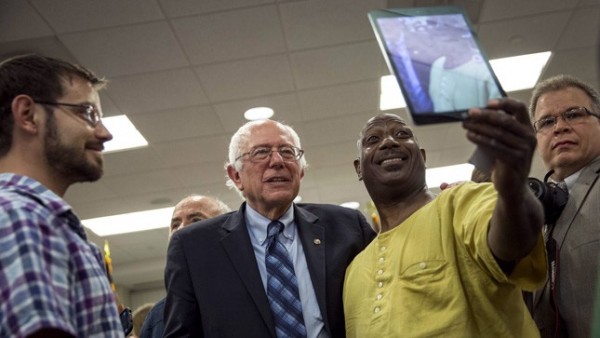 When considering whom to support in the upcoming presidential election, people of color (POC) are clearly leaning towards the left. There may be a few here and there who feel that a Republican president is what this country needs, but in my view, those individuals are more proud of “going against the grain” than anything else.

People of color, in particular, black folks, are a dynamic group of individuals in this country. Any presidential hopeful would be foolish not to consider that fact. But when it comes to the two leading Democratic candidates in the DNC primary, Bernie Sanders and Hilary Clinton, what can they do to get the black vote?

For purposes of this article and because I am rooting for him, I want to focus on Bernie Sanders because he is truly fascinating. People have asked how a 74-year-old Jewish man from Vermont can rally black people to go to bat for him. According to recent studies, no candidate can win without black or Hispanic support. Clinton’s campaign manager even said in a memo to reporters this week,

“It will be very difficult, if not impossible, for a Democrat to win the nomination without strong levels of support among African-American and Hispanic voters.”

With that, in my view and from what I hear from POC that I come into contact with every day, the black vote is shifting from Clinton to Sanders. Furthermore, young POC are no doubt feeling the “Bern.” Nonetheless, as any politician knows, looks can be deceiving, and polls are manipulated, which means they sometimes lie.

I want Bernie to win because from what I have seen and read and heard, his ideals align with what’s important to me as a 30-year-old, unmarried, educated, black woman living in America. I am all for creating jobs, establishing a living wage, getting rid of the pork in Washington, and restoring democracy. I believe that these issues and more are integral to rebuilding the American fabric of life, liberty, and the pursuit of happiness that we all want.

The thing about Bernie is that the action items of his agenda are not only what black people need and want, but are what every race and group need and want. But having them on a website, speaking about them during televised debates, and tweeting is not enough. For Bernie to truly get the black vote, it doesn’t come down to incorporating the issues into his agenda, they are already there. It comes down to how he communicates, interacts and presents them and himself to us.

We have to believe that he will keep his campaign promises. We have to know that unlike the other people in the race who are traditional politicians or just cray, cray (Trump), Bernie will continue to maintain his appeal. You know, the appeal that says, “I’m for the people.” 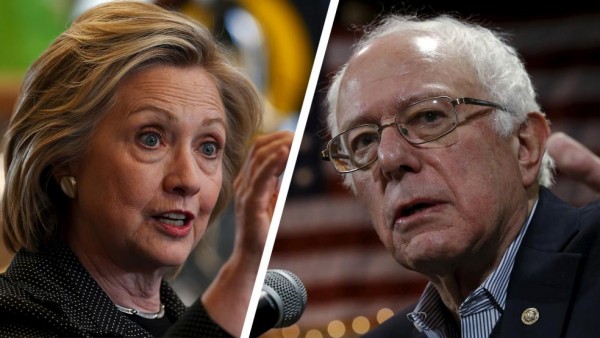 He has to continue meeting not only with Al Sharpton in gentrified Harlem but with other POC who don’t hold celebrity. And along with meeting with us, he has to show us that he’s not just doing it so he can collect our votes (and trust, he is collecting our votes.)

Bernie Sanders has done a great job thus far showing people that he means business. He doesn’t back down in the face of hard questions, and if you ask me, he nailed the Henry Kissinger topic at the New Hampshire debate against Clinton, which shows that he knows he’s stuff. I don’t care that he will be 75 if he’s sworn in, although I am worried about who his running mate will be.

Which brings me to the other aspect of his campaign that will determine how the black vote will sway- his vice presidential nominee. Let’s be honest here, because of his age, who knows what can happen during his tenure? He could succumb to the ailments that plague so many people in their mid to late 70’s. The possibility that his health could deteriorate during his time in office makes it all the more important that he chooses his vice president wisely. I believe that if a person can affect great change for the good of all people in the highest office of the land, their election to said office should not be hindered by age.

Bernie receiving the black vote fully, clearly, and effectively is within his reach. I just hope he gives the extra attention needed to ensure a successful strategic approach, because getting our stamp of approval is critical.