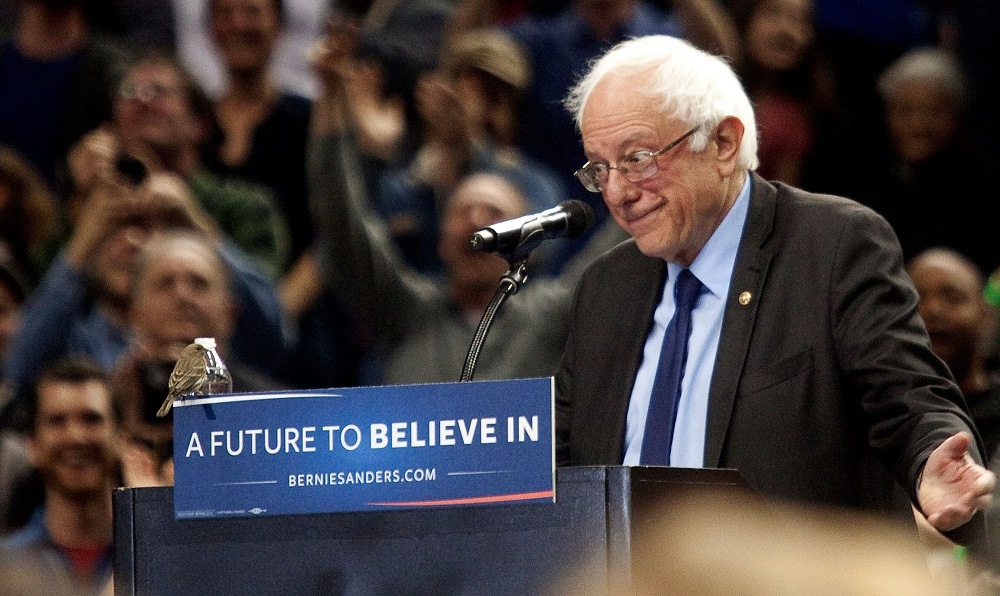 Sara Silverman is right. You are being ridiculous. That is if you are amongst the people in this country who believe “Bernie or Bust.” For those of us who understand what is on the line with this presidential election, although were felt the Bern, there is no way in hell we plan to step aside and see this nation and ultimately life as we know it, end by the hands of Donald J Trump. As a recent trending social media hashtag says, “Imwithher.” Hillary Clinton must win the election.

Now I am going to be honest and say that Sara Silverman has always been problematic for me. I’ve never cared for her as an actress, comic or anything remotely related to entertaining. In fact, she has done and said some pretty racist stuff over the course of her career. Does her black face skit ring a bell? Furthermore, her stint at the DNC left me confused and irritated by her behavior. It was pretty clear she was intoxicated. However, before she went off on tangents that bore no real relevance to the conversation during her time at the table, she told people who are considering not voting because they can’t vote for Bernie that they are indeed, being ridiculous. I’m not sure if truer words have ever come out of her mouth.

We have got to realize that this presidential election is not a game. It is not a child’s play activity that we throw tantrums and fold arms too because we don’t get our way. We have a right and a duty to vote; most people will agree with that. But if you think your vote doesn’t count or if you believe that it won’t make a difference, either way, think again. By saying “Bernie or Bust,” you are practically giving the presidency to Donald Trump, and I am certain no one wants to see that leadership in power for any amount of time.

This is not the stage to boycott the election process. Okay, Bernie didn’t get the nomination. It sucks. I wanted a Bernie Sanders presidency as much as the next person. So what we do now is regroup. We delve more into Hilary Clinton’s agenda, and we educate ourselves on the things that matter. What does she plan to do and how does it affect our everyday lives. What we do not do is say “I’m not voting because my guy didn’t win.” That’s counterproductive, and it’s the kind of attitude that will cost Hilary and everyone who supports her campaign the election. 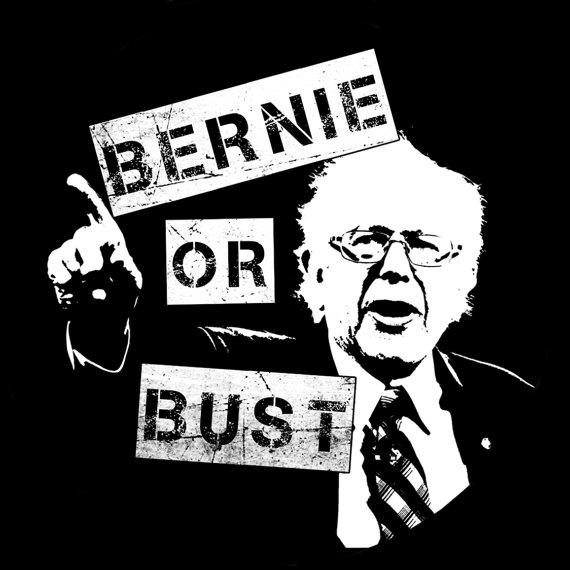 Here’s the thing. I know that we don’t think that Trump can win because I mean, he’s a celebrity and a businessman and a reality TV star. What does he know about running a country? But we underestimate the power of the media, the ignorance of people and the influence he has with folks who want to make this country to what they believe it should be. In other words, if enough of us act on the belief that it can never happen, which means we do nothing to stop it from happening, it will happen. If North Korea declared war on us like they reportedly recently did under a Trump administration, there would be a premature reaction on America’s part that would plunge us into a war that would more than likely take place on our soil. It seems farfetched but everything about this campaign season has been unfathomable.

We cannot let Trump win. Period. He brings out the worst in people, and that spells disaster for everyone involved. We cannot misjudge the fact that he makes white supremacists feel justified for their bigoted way of thinking. Remember, our thoughts affect our actions, and our actions affect everything around us. He invokes the closeted racist to be who they truly are and when an ignorant person feels empowered, they are dangerous.

If you are on the fence about Hilary, and many of us are, take solace in knowing that the Obamas have given her a strong endorsement. Find peace in the fact that Bernie has also thrown his support her way. Acknowledge that under the circumstances; she is the best person for the job. It’s time to turn our energies on Clinton’s intentions and focus on keeping her accountable. Find some relief in that. We have to move forward and not sulk in the fact that we will not be feeling the Bern anytime soon.

I cannot get with the celebrities who are encouraging people not to vote. That notion is negligent, and it’s stupid. There is no hope in throwing in the towel and praying for the best. History has shown us that deliberate action is what brings about the outcome we want to see. Not apathetic indifference.