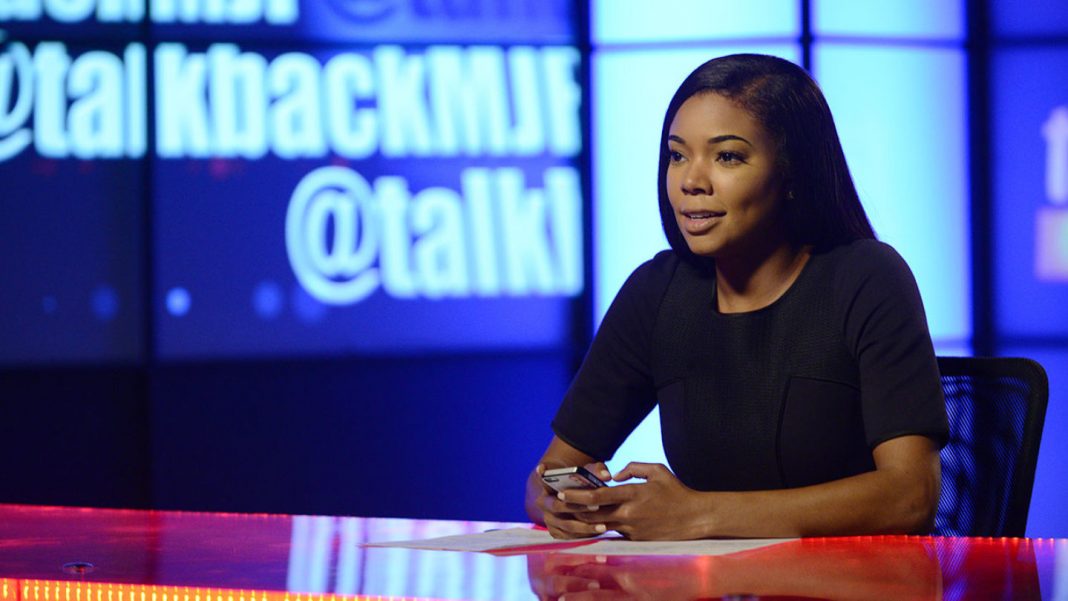 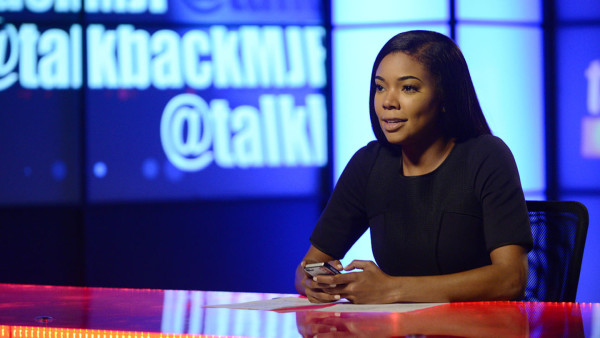 This week on “Being Mary Jane,” MJ spends some time with the Anchorettes at her new it spot. They talk about everything from work to relationships to prenups. All the while, MJ is looking for her white boy crush.

They are clearly buzzed and head out but as her friends leave, MJ sees her guy and goes back into the club, and they have a groping session. He asks her name and tells her he wants her to come to his house, or he go to hers, but she tells him to shut up, and they kiss it out.

The next morning, she gets schooled on fashion and love by one of her friend’s wardrobe people Jason. He breaks the whole booty call, mixed signals things down for MJ when she receives a text from her cutty buddy. And it all makes sense to her.

At work, MJ feels a certain kind of way about a dog story that Kara gave her. “Come on it was cute Mary Jane?” Kara tries to explain to her what it is, and MJ tells her she’s just going with the flow, and she’s cool, especially since she now has a clothing allowance. MJ leaves and Kara has a mini breakdown because she feels that she has no life now that she is back living with her husband and kids.

Mary Jane and her cutty buddy get it on but afterward he has a seizure, a scary moment for both of them. The next day, MJ tells Kara what happened, and because she has other things to deal with, she just can’t “do” him anymore. Plus “seizures aren’t sexy.” Wow MJ. As they talk, just about everyone in the company gets news that “outs” Mark, which is an article showing him having, “public gay sex.” MJ rushes to her friend.

“OMG are you okay, I thought you said the club was safe,” MJ says to him. She makes light of it by saying he is well-endowed, but Mark’s not laughing. “Gay is the new black; you might as well embrace it.” He is super offended by that and before he can really “let her have it” he is called into Greg’s office.

His boss is very sympathetic to the situation and tells him that it appears he did nothing wrong. Their legal team is on it and the public is supporting him too. “And we want to do much the same.” He then tells him that it’s a great opportunity for them to do an “on air coming out” segment. They even offer to add an ongoing segment in his piece and tells him they want to use him more during the election. But he’s not having it. “I’m not interesting in being the face of gay politics.” Greg also tells him that he’s not going to Syria and Nigeria because they are killing journalists left and right. “The last thing we need to do is send a recently outed reporter in the middle of hostile territory.” Mark then quits because he feels Greg is impeding his career by trying to put him in a “gay” box.

That night after MJ’s segment, Greg tells her that Mark quit, which she didn’t know. He begs to her talk some sense into Mark when she speaks to him (he knows she will soon). According to Greg, they can’t lose him, he’s the strongest daytime anchor they have, and they will do anything to keep him. “Wow, you’re really fighting for him,” she tells Greg, and he then lets her in on something- “But not as hard as I fought for you.” She turns around and apologizes, and they have a moment. “See, white guys aren’t so bad after all,” he tells her.

Kara sees that Marisol has stayed late and asks her why she’s still there. She tells the producer that she is trying to stay in the mix so that they will remember her now that she confides to a desk. Then, they have it out. Kara calls her unqualified and says the only reason she’s there is because of a quota. Marisol tells her that she’s only there because they can get her for cheap and they each tell each other how what they are doing hurts the Latino community.

MJ has a conversation with Mark encouraging him to take the deal that Greg has offered him. But he doesn’t want to do gay news because he’s gay. He’s still a serious reporter and doesn’t believe people will take him seriously. “Honey please just pump the breaks… and talk to Greg.”

MJ’s cutty buddy texts her about coming over, and she gives in, she decides she can’t do it. They kiss, but she stops, “Let’s talk about he elephant in the room.” He doesn’t really want to because of what it means to his football career. She tells him he can do so many things, and he asks her what in particular. She has nothing to say. He leaves. “Text me and let me know when you get home.”

I love these conversations that Mary Jane have with her girlfriends because they really do represent a lot of women. They talk about sex,  being single, being considered a ho and blow jobs. “It just all gets away from you doesn’t it.” Then MJ suggests resetting your ho button after 35. Interesting thought there MJ.

Mark doesn’t give in to Greg because he can’t cover what he wants and thus decides to go to Syria and Nigeria by himself with his own crew. “There’s nothing tying me down here.” MJ doesn’t agree with his decision.  She feels they are fighting a losing battle, but that’s bull crap to him. “I’m not a sellout.

In the end, at the club, that night, her white boy whispers in her ear that he caught her show. “Why’d you do that,” she quietly asks him. He tells her he “wanted to know,” and all she can do is smile.