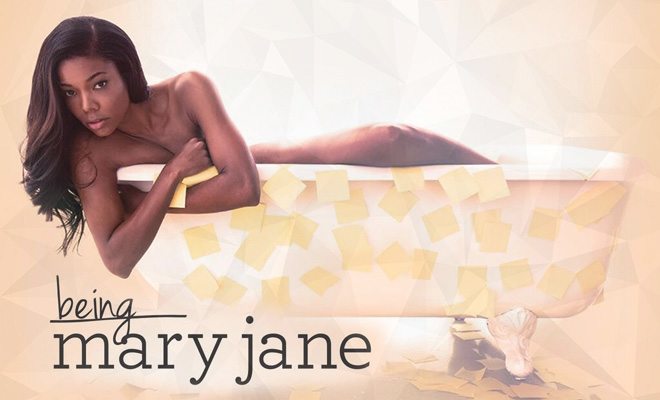 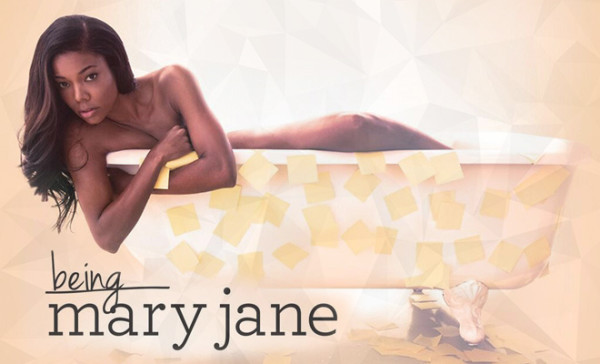 Picking up right where it left off last season, “Being Mary Jane” hit the ground running. MJ is rushed to the hospital after her accident and is beat up… badly. While getting a CT scan, she starts screaming and pancaking. The attending nurse gets her to calm down so that they can get the scan, and she does.

As they bring her out of the scan, she is rolled into her room, and she passes the woman she hit on a stretcher in the hallway. She doesn’t have insurance. David is also there as he tries to console her, and she goes off on him, “Get away from me.” He then explains to her parents, in the middle of the hallway, that he has been fooling around with Lisa. Her father asks for specifics, and David tells him “Out of respect for MJ I” and bam. Her daddy gives him a Louisville slugger to the jaw.

When MJ gets to her room, she sees that Kara covered the mirrors. “Tell me, tell me how bad it is.” Kara tells her to wait for the doctor to tell her. Later as Kara walks out to the room to take a phone call, MJ makes her way to the mirror, tears away the covers and stares at her face.

We see her have plastic surgery on her face. At the same time, we see the people at her job hoping that her alcohol level was high enough to warrant firing her.

While MJ is in surgery, Lisa has a conversation with Helen about what was going on with her and David. “So let me be clear, you needed permission from David to be honest with Mary Jane?” Lisa gives some lame answer and then Helen asks her the ultimate question, “Did you sleep with David?” She remains silent. Momma, don’t like that, so she lets her have it. It’s a very intense scene as Ms. Helen gives a speech that puts her in her place. “Say something,” she says as she pounds her hand on the table.  Lisa doesn’t say a word, and Helen leaves her in tears.

After MJ’s surgery, she pays a visit to the woman she hit, Cecelia. “I am so sorry.” She tells MJ it’s okay, she’s already given her apologies. “Don’t’ worry about me, how you doing.” Mary Jane tells her that she’s just worried about her face. They talk a little more than she leaves Cece to rest. She makes it back to her room, and Kara tells her “You had alcohol in your system. You need to call your lawyer.”

Her momma helps rolls her to the car as she is cleared to leave the hospital, and they are ambushed by reporters. On her way out, she gives an envelope to a nurse and asks him to “Give it to Cecelia.” She opens it, and we see that it is a check for $3000 with the memo, “I’m sorry.”

Once at her house, she meets with her lawyer who tells her that SNC are trying to say she had alcohol in her system. “They are trying to get rid of me.” He tells her it’s cool, stay calm, he’s going to handle it. Later, her momma talks to her about what happened. “I hate to see you like this… I’m talking about David.” Helen tells her to accept the fact that she loved a man that never loved her or really wanted her and “move on.”

Cece meets with SNC as they seek to have her sign “hush” paperwork, and she is not having it. She wants them to pay her $90,000, and they say “no.” She tells them that like MJ, they don’t like her but since Mary Jane is good for business, they deal with her shit. “You are going to tolerate me so you can stay in business.” She breaks it down, and they are impressed. She is talked into signing the paperwork thinking that she will get  $100,000 but as it sounds too good to be true, it is.

PJ visits her because “I had to see it for myself.” She tells him what she wants him to know about what happened with David, and he tells her that she shouldn’t be there alone. He then breaks down for her, the truth about men who are “pretty in the right shade of light.” Silverspoon men will always make you feel like it is a privilege to be with them, but they are really just “bitch made men.” PJ lets her know the deal, and their conversation is the most real one I have ever seen on a TV show between a man and woman about each other. Ultimately, MJ “Fell in love with a buster” and she “deserves more than I love you.” Sigh… little brothers are great.

Patrick shows up at MJ’s door pounding like he’s the police. He has brought bring Lisa, who wants to speak to MJ.

What a way to start the season.