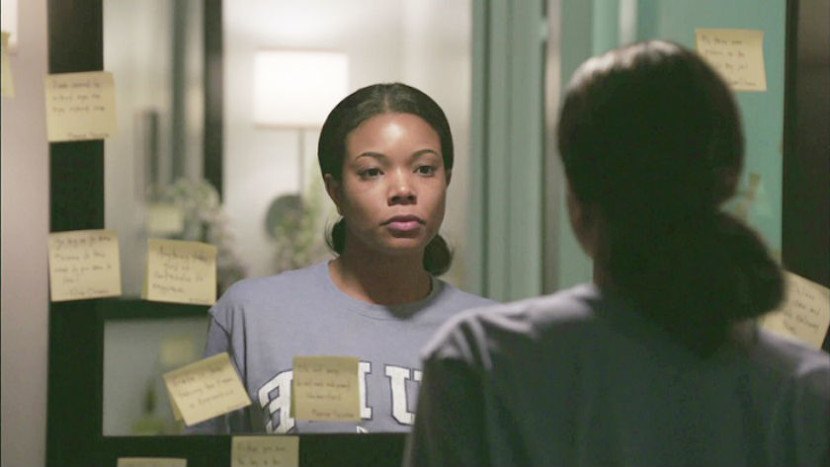 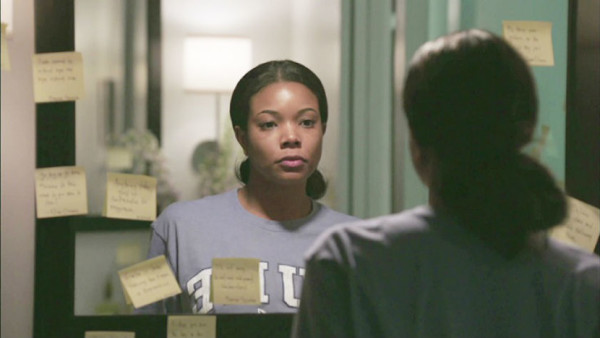 It’s a double serving with the season 2 premiere of “Being Mary Jane,” MJ is faced with a lot after her accident. From the woman she hit visiting her at home to her job being in jeopardy, she is not having the best of times.

Loretta Divine plays Cecelia, the woman hit by Mary Jane. She visits her to pretty much let MJ know that she needs to pay up or else. “How much do you want,” MJ asks her. “$25,000.” Damn Cecelia. MJ tells her to go use her Obama Care to get her head fixed. But Cece is not a stupid woman. She tells her that the non-disclosure she signed only covers SNC, not Mary Jane. “White folks is something else ain’t they?” MJ stands there listening to Cece tell her that she is her blessing and tells her she’s lost her ever loving mind. Cecelia then gives a speech fit for a G. MJ has to pay up, or everyone will find out she was driving under the influence.

After dealing with her blackmailer, MJ finds out that SNC wants to hold out on bringing her back a little longer to which she says, “Hell no.” She also finds out that the name of her segment has been changed to just Primetime and not Primetime with Mary Jane, another sign that something is up. She asks about her responsibility in the accident, and they say she’s covered by the non-disclosure, which we all know is not true.

MJ realizes that she has to give Cece something to keep her quiet, so she reaches out to friend for  $5000. She also finds out from Kara that SNC want someone that looks like her because Todd did not working out. While they converse, we see a pretty Latina brought in as her new, replace instead. There’s a twist. Kara brings a whole bunch of food to MJ’s, and the reporter has a mini breakdown. “I lost my best friend, I lost my man, I cannot lose my job.” Kara calms her down, and MJ comes up with the idea to get aN ugly black woman… “An amazing opportunity for the facially challenge to get some air time.” This chick is cray, cray. Like Kara tells her, the idea is super offensive, ignorant and stupid.

Patrick deals with his baby momma causing a scene during Deja’s game. She can’t deal with the fact that he’s getting all the shine as her basketball coach and lets him know how she feels- during the game. She reminds him that she went down on other men to get the money they need for their addiction. “You’re still an addict.”

Kara goes back to MJ’s to let her know that her “ugly black woman anchor replacement” idea didn’t go over well. She then drops the ball on her about the pretty little Latina, Marisol, to fill in for her.  As they talk about what Kara would do to the cutie if she had a “lickher” license, Cecelia stops by to collect her money, honey. But MJ doesn’t have it and offers her $5000. “That’s not my blessing,” Cece tells her, and MJ tells her that’s the best she can do since she has to take care of her whole family. Cece doesn’t care and tells her to pay her $5000 every two weeks, “Until I reach my blessing. “

So what happens as MJ waits for her guy to bring the $5000, she and Cecelia “bond” over their interests in black history. Their conversation turns into a “Lazy negros” discussion, and MJ tells her that, yes, she is a “Lazy ass negro.” As they talk, Marisol comes on the TV and MJ is all ears. Cece calls her out feeling salty about her hot replacement who is very “fetching.”

Patrick confesses to his parents and Nicey that he is ready to take that step and change his life. It seems that his baby momma’s comments really got to him.  He tells his parents he wants their help and asks if his dad can get him a job. Paul and Helen hug him, and his dad holds back tears. When they leave out, Niecy confronts him, “Why didn’t you ever fight for me and Nyema like that?” She doesn’t like how he is working to be the perfect dad for Deja. “We could have used a perfect father too.”

In the end, we see Mary Jane practice her opening in the mirror, “Welcome, I’m Mary Jane, and this is Primetime.”

She gets herself together, walks into her job and takes over the meeting like a “boss ass bitch.