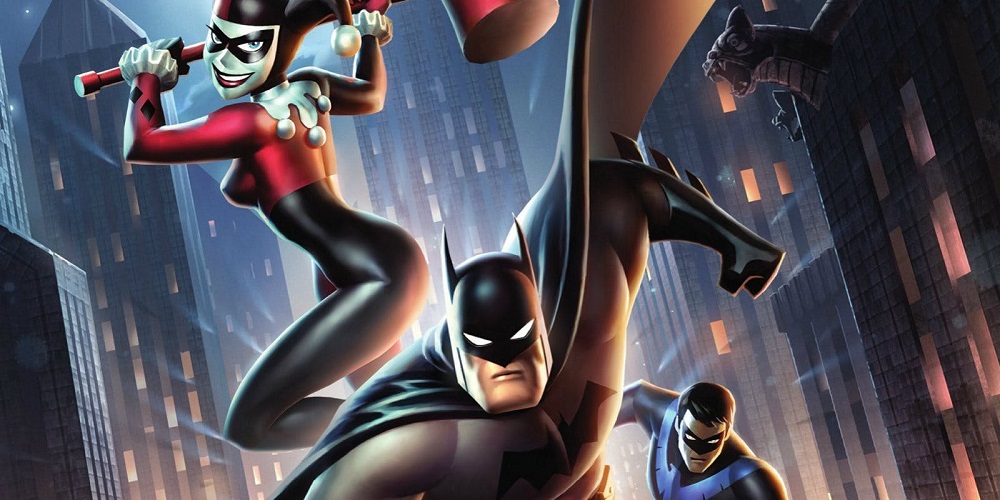 Score another one for nostalgia. It seems the TV and movie industry keeps giving us nods to the days of old when things were actually more interesting and imaginative. We just got Netflix’s Castlevania, the Power Rangers movie and that indescribable music video from Guardians of the Galaxy Volume 2. The recent DC Animated film, Batman and Harley Quinn gives us the right dosage of nostalgia and more.

Right off the bat, the movie shows no pretense of it being a theatrical release though it has been shown at select theaters. It’s more of a direct to video film that showcases the Bruce Timm style of animation straight out of Batman: The Animated Series or The New Batman Adventures. Though the animation seems to have improved a bit, it’s not on the same cinematic level as Batman: Mask of the Phantasm. There are no changes on how Batman or Nightwing is drawn here. In short, it’s like one long episode of The New Batman Adventures. Harley Quinn also goes back to her original harlequin costume as opposed to her sexier modern looks. It’s actually subtly showcased in this film.

The story seems pretty straightforward. SPOILER Alert! In a nutshell, villains Poison Ivy and the relatively unknown Floronic Man (also a plant based eco-terrorist) team up to create a virus that will turn everyone on earth into plant-based creatures like themselves. Batman seeks the help of Harley Quinn, Ivy’s bestie to track the two villains down to save the day. The story takes a page from the 1984 relaunch of The Swamp Thing by Alan Moore.

You’ll notice several modern-day sensibilities to this film. Most comic book fans know that Harley Quinn and Poison Ivy share a very close relationship with each other and this film capitalizes on it. Guess, we’ll say it outright that this film does not mention the Joker. Except in the Suicide Squad film, DC is steering Harley away from the Joker and has made an effort into giving her the anti-hero status. There’s also a scene here where DC gives the effort to answer the question of the Justice League’s whereabouts in this seemingly world-ending crisis. You’ll love how it goes.

Unlike Batman: The Animated Series, this film shares some adult moments since it does target the kids and teens of the nineties that love the show this film shares its continuity with. You know, thirty to forty-something guys who by now won’t mind that there’s going to be some blood, sex, and swearing. So there.

Though Batman and Harley share equal billing, Nightwing (Dick Grayson) is the third wheel here. The three are together through most of the film. So the characters here are:

Harley Quinn, voiced by The Big Bang Theory’s Melissa Rauch that actually has fans divided as a good percentage would prefer voice actress Tara Strong since DC was going for nostalgia anyway. Melissa, however, grows on you as the story progresses and you’ll gradually appreciate the spiciness of her voice. True, it can be distracting imagining Bernadette while watching the film. The simplest way to explain the choice is that Warner Brothers wants a bigger name attached to this film.

Nightwing, voiced by Loren Lester who helps out throughout the film. He’s actually more loose here and shows no indication of his character’s fallout with Batman.

Floronic Man voiced by veteran voice actor Kevin Michael Richardson. Floronic Man is a relative unknown in the DC universe but has fought the likes of The Atom, The Flash, Swamp Thing and Green Lantern. Like Ivy, he’s a plant-based villain. He has a more serious tone, archaic speech, and violence that gives the needed seriousness to the film.

Poison Ivy is voiced by Paget Brewster instead of the classic BTAS Diane Pershing. Her voice talents have changed over the years. She teams up with Floronic Man as she shares his twisted mission to save the world. Again, DC shows us how strongly motivated some of its villains are in the DC Animated Universe. Yours truly, however, can’t help notice how flat her character seems sometimes. 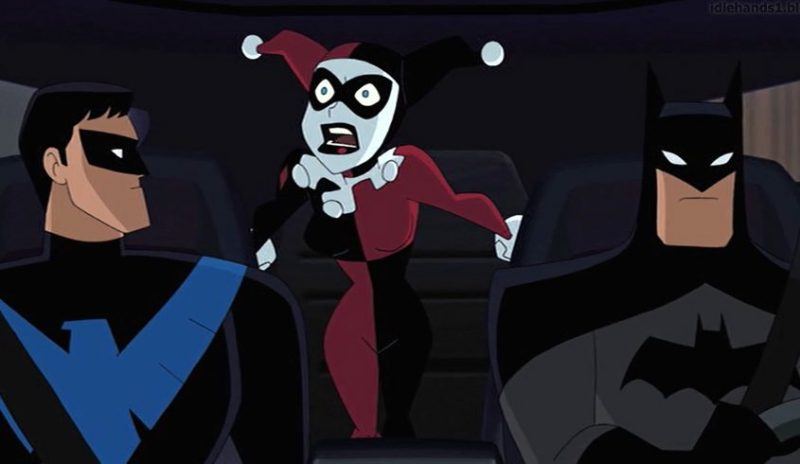 Batman and Harley Quinn shares a lot of funny moments as it should, because, well obviously. Though the Joker and Harley Quinn’s are very sociopathic characters with severe violent tendencies, they dress like the people that are supposed to share humor and entertainment. Harley can be said to be the funnier of the two as Joker has been well-established to be really dark. The intro alone shows how un-serious the show seems to be. But we all know that Batman: The Animated Series does have its funny moments.

The trio of Batman, Nightwing, and Harley Quinn share plenty of funny moments and can sometimes seem out of character, especially Batman. It’s almost similar to how Batman is treated in Justice League Dark. The show is basically meant to be funny since it showcases Harley Quinn. This film is probably still meant to take advantage of the character’s popularity since Suicide Squad, and as further publicity for the character’s upcoming solo theatrical outing.

We won’t spoil it too much. I’ll just say that you’ll love the ending plus some has post-credit scenes you need to sit through. Overall, it’s a fun film meant to showcase Harley Quinn as a standalone character and as a nostalgia piece for DC Animated Universe fans.