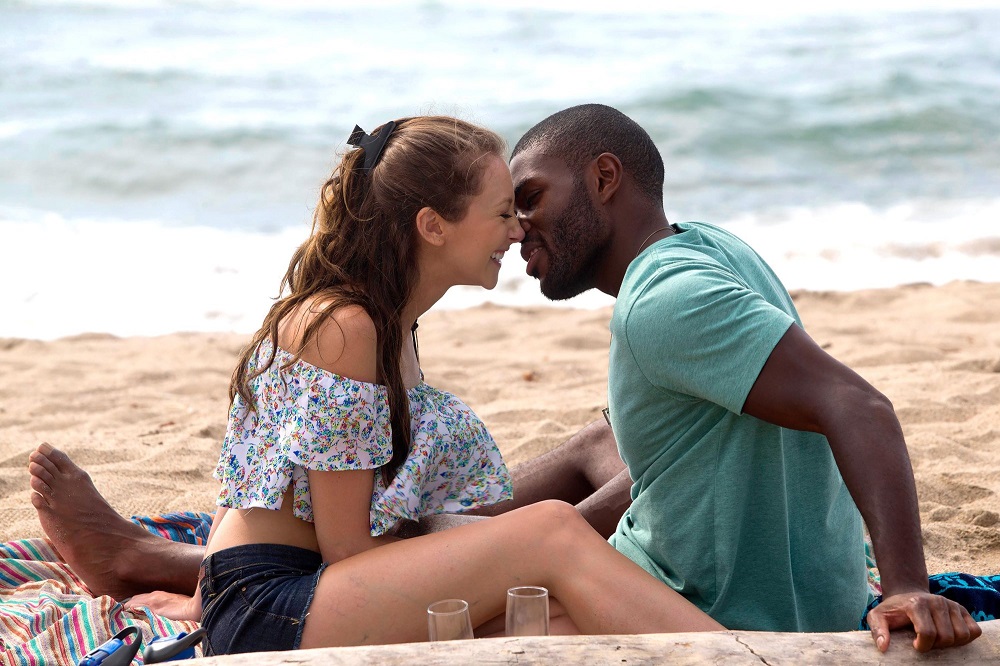 ABC’s Bachelor in Paradise returned this week with the first rose ceremony of the season. On Monday’s episode, the women contestants held all the power, as four of the men were sent home from paradise.

To kick off the episode, the cast welcomed yet another paradise goer. This time around it was Adam Gottschalk, who appeared on Rachel Lindsay’s season of The Bachelorette. When he arrived, Adam chatted it up with numerous of the women. However, he ended up asking Raven to join him on a date (as he came with a date card in tow).

During their date, it was revealed that Adam and Raven actually connected up while the show was on hiatus. While the duo seemed to hit it off on their date, Raven did eventually admit that she had somewhat formed a connection with Ben. She told Adam, “I’m up in the air.” Nonetheless, the couple thoroughly enjoyed their time together and ended the night with some dancing (and, of course, some kissing).

While Dean and Kristina hit it off on the first day in paradise, Dean told her that he was looking to cool things down right before heading into the first rose ceremony.  Although Kristina held all the power (as the girl’s had the roses for the first ceremony), Dean still chose to be blunt with her, which inevitably hurt her feelings as she was clearly looking to continue on their path to exclusivity.

Eventually, Monday’s episode tied in the season’s first rose ceremony. As mentioned, the women had the roses, meaning that the men’s fate was left in their hands. So what went down during the ceremony? Well… 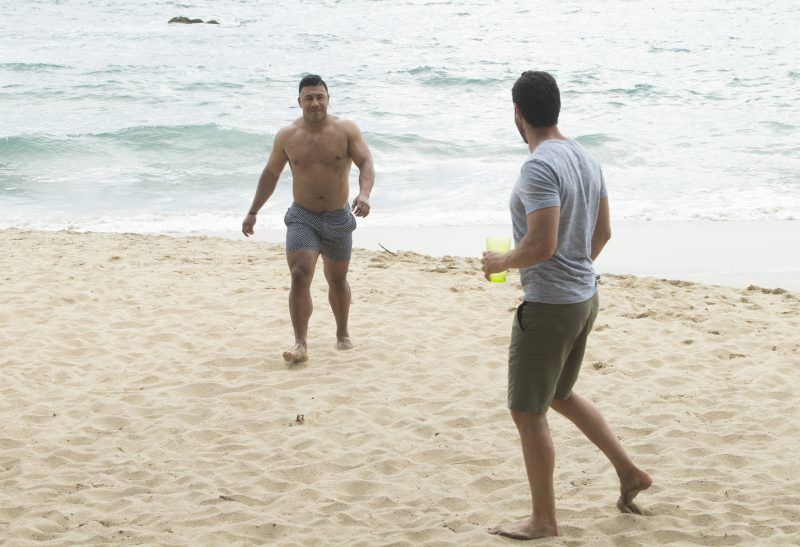 Taylor gave her rose to Derek, Jasmine gave hers to Matt, Raven decided to give her rose to the newcomer (Adam), Alexis gave her rose to Jack, Lacey picked Diggy, and Danielle gave her rose to Ben. Although Dean upset her just moments before, Kristina ultimately gave him her rose, as he was the only one she really connected with at that point. Bachelor and Bachelor in Paradise alum Amanda Stanton wound up awarding her rose to Robby, despite the fact that she didn’t feel any romantic connection with him. Thus, the men to go home were: Alex, Vinny, Nick, and Iggy.

Shortly after the rose ceremony, Kristina confessed that she thought her giving Dean her rose, despite the tough conversation they had just prior, was a good thing. She admitted that she still wanted to pursue a relationship with him and hoped that her giving him the rose made that clear.

The morning after the rose ceremony, contestant Danielle Lombard (from Nick Viall’s season of The Bachelor) arrived in paradise. Inevitably, Danielle proved to be very popular amongst the male contestants, as several of them tried to vie for her attention. Almost right off the bat, Danielle set her sights on both Ben Z and Dean. Eventually, she wound up asking Dean to join her on a date, which left Kristina notably shaken. Although Danielle was well aware that Dean and Kristina had a little bit of a fling going on, she still decided to pursue him, which he seemed more than happy about.

While Danielle and Dean enjoyed a messy ATV date together, Kristina was left upset back at camp. She eventually decided that she is not going to wait around for Dean and concluded that she needs to explore other options while in paradise.

When Danielle and Dean finally make their way to camp, some of the other contestants asked them about their date. Inevitably, this was tough for Kristina, who was left listening to Danielle and Dean gush over their fun time together.

Later on, Matt and Diggy confronted Dean and let him know how upset Kristina was when he went off on a date with Danielle. Matt told Dean that he thinks that Kristina is much more sure of what she wants than he is, which is causing for the rift in their short-lived fling. After talking with his fellow cast mates, Dean goes to confront Kristina. He tells her that while he had fun ATVing with Danielle, there wasn’t much intimacy or romance between them. However, he tells Kristina that he did kiss Danielle, which is something he wanted to make sure Kristina knew about. Things began to heat up once again between Dean and Kristina, as she admitted that she had regained trust in him based on his honesty and sincerity. 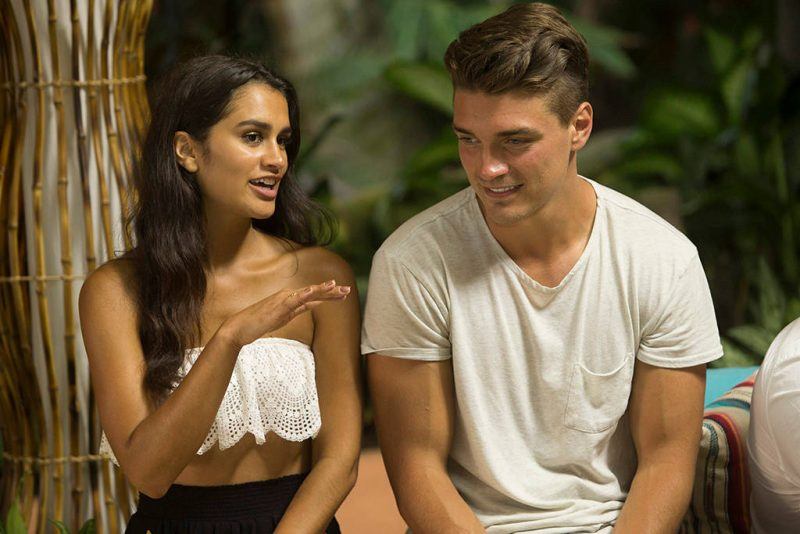 Towards the end of the episode, the cast gathered for a night of games and S’mores. During their hangout, Dean came waltzing in with a birthday cake. He announced that it was one of the cast member’s half birthdays – Danielle (L)’s. Rightfully so, several of the other cast members were left confused on why Dean continued to play games with Danielle and Kristina. Alexis was one of the most upset out of the bunch, as she continued to be shocked by just how horrible Dean was treating Kristina. She told Dean off in front of everyone, which prompted him to storm off. While Danielle went chasing after Dean, Kristina ran off to her room crying. Alexis followed closely behind Kristina, comforting her as she claimed to not want to be in paradise anymore.

You can catch more Bachelor in Paradise when it airs Tuesday, August 22nd on ABC!