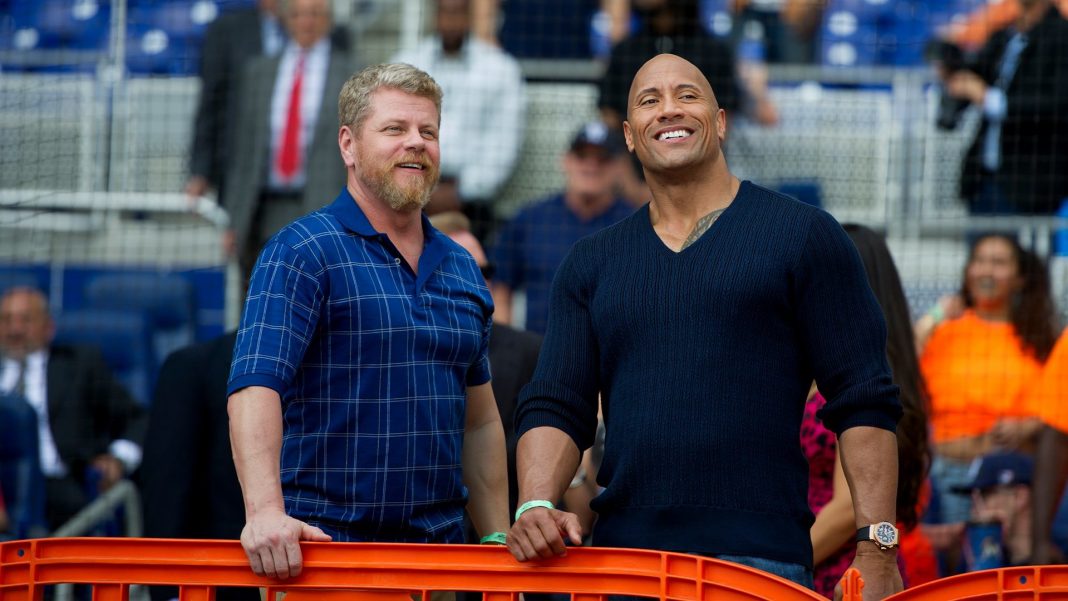 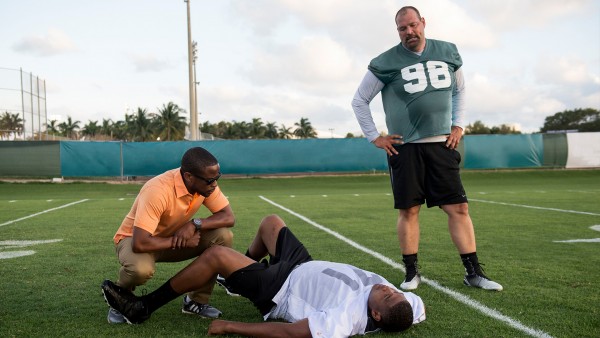 This week’s “Ballers“ starts off with Vernon wising up a little in regards to his boy Reggie. Reg was a big reason Angela was so bitter and was blackmailing Vernon with the photos. Spencer was pretty damn pleased to drop this knowledge on Vernon. Reggie could only act shocked and insulted as his eyes nearly bugged out of his skull when Vernon told him to get to steppin.

I don’t know where ole Reg would have to go, but as long as he was off camera, I was thrilled. I’m sure the guy had somewhere to land. Annoying guys like Reggie seem to always have a slew of friends that for one reason or another allow his type to hang around.

With the picture ordeal behind them, Dallas would be sending an offer very soon. So Vernon is about to become a very rich man. If he keeps cleaning house like he did with Reggie, Vern may actually be able to save some of that cash.

More evidence of Joe’s boss being a total dick. He talks down to Joe, making it clear he appreciates Spencer more than “Just Joe.” That’s where the boss man is wrong. Joe is a key part of the team. Spencer may be the bridge to these athletes, but Joe is cool, knowing how to fit in as needed. Dude may not look it, but has the street smarts needed in their business.

Spencer can’t let go of the fact that he knocked a guy out of the game with a questionable hit. Actually his sub conscience can’t let it go, in the form of nightmares and flashbacks. He’s not trying to hear about seeing a shrink like his neurologist suggests once again. She tells him to “nut up and go see the guy (Dan).”

I would think Spencer could have just dropped by Dans’ auto repair shop or called him. Destroying all four tires on his ride to have an excuse to be picked up by Dan was an extreme move. Maybe just puncture one tire my man! You know how much a set of tires costs in 2015? At least he didn’t go Tiger Woods and wrap his rig around a tree.

Charles got a hype video from his buddy Ricky. This little vid was meant to help C. Greane be comfortable with his move back to the gridiron. It was actually just a way for the show to fit in some cameos. Charles got shout outs from Julian Edelman, T. Sizzle, and Jay Glazer. In case you missed it, “Black Swan” is Charles’ nickname, based on his awesome footwork. Worst nickname in sports history.

Spencer tried his best to ease into Dan’s good graces as they rode back to the body shop in his rollback. Dan is a little bitter still and doesn’t want to hear a lot out of the man who put him out of football. Some Marlins tickets certainly made Dan’s kid like Spencer. Always good to go through the kids if you want to get in the good graces of the parent.

By the way, Spencer has nothing to be sorry about. Football is a dangerous game. Dan got put out of the game with a legal hit. That can happen on any play. Even though he meant to hurt Dan, he was doing his job. Can’t play at half speed or half hearted just because your opponent is exposed.

Bella got a little screen time to add some eye candy to this week’s episode. She was on point when she told Ricky he “is no better than his father.” So much for patting himself on the back for evolving.

The good news for Vernon is the $45 million offered by the Cowboys. The bad news is Vernon is nowhere to be found. Hopefully he hasn’t done something stupid in the wake of running off Reg.

It’s no fun getting uninvited to a baseball game, even if it is the Marlins. Joe is pissed and figures Spencer is just taking the boss instead.

Charles’ little one on one practice didn’t go great. It’s a bit different shoving an active NFLer around than a Ford Edge. His wife comforts him a bit and lets him know he is gonna be a daddy. That should motivate ole Sugar Tits to step his game up. Diaper prices are no joke.

The Dan storyline ended up being a decent one, especially compared to what we’ve seen up to this point in the season. He admitted Spencer did him a favor by ending his average NFL career. Dan was just a journeyman that never even scored a touchdown, bounced from team to team, and had never caused the crowd to erupt. 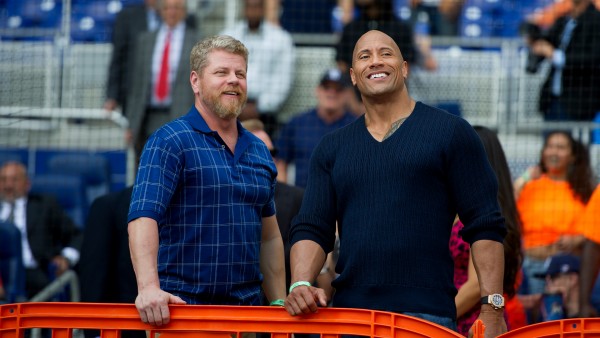 Spencer did a cool thing by getting the Marlins to let Dan throw out the first pitch…a major plug for his auto repair biz. You could see how comfortable The Rock was in that stadium. They guy is as smooth as anyone in show business and knows how it feels to have wild fans watching his every move from back when he was a regular in the WWE.

Dan managed to screw up the first pitch by beaning a photographer. The crowd booed at first, but any reaction from the fans was a welcome one that he had never enjoyed as a baller. So he just reveled in the boos which soon turned to cheers. It was a nice moment in the show. Spencer erased some of his demons and helped a former rival out at the same time.

One more episode to go in this up and down season, mostly down. There have been about two episodes I would call really good, and this week was one of them. We’ll see what the season finale has in store and maybe get a taste of what 2016 will look like with Ballers.