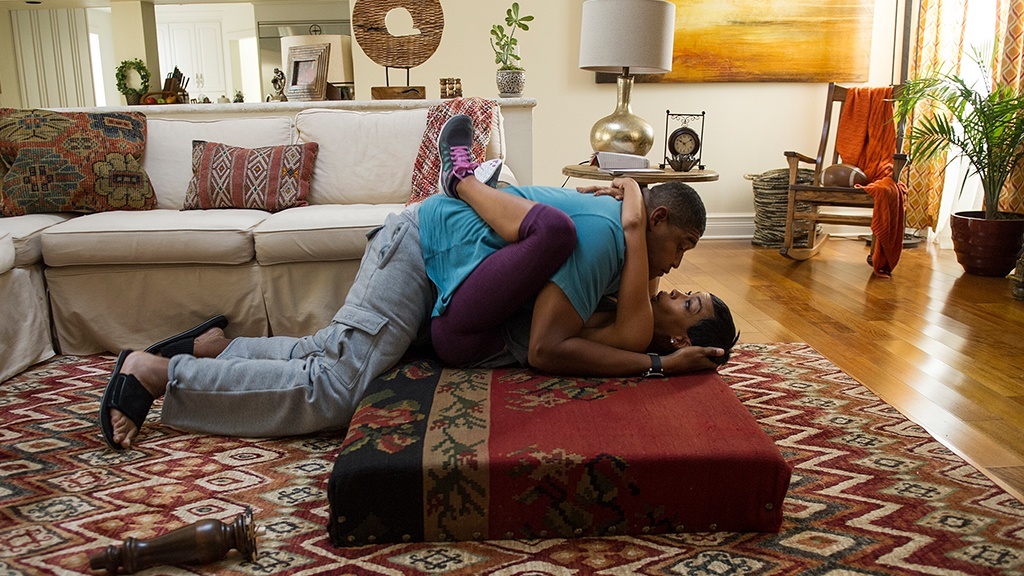 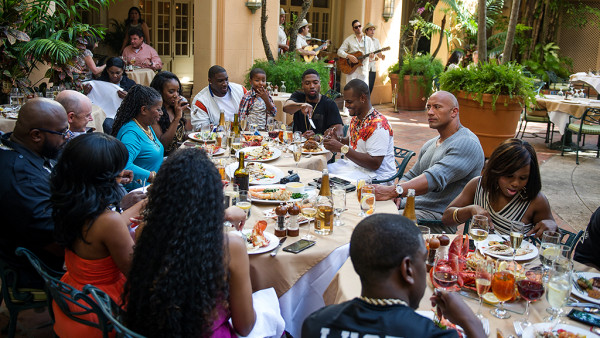 “Ballers‘” lead man Spencer Strassmore had a little more success in this week’s episode. Although Dwayne Johnson‘s character had to put up with more ridiculous behavior from the athletes he is looking to sign, he finally landed a big name in Vernon Littlefield. Although judging by the size of this player’s entourage of leeches I don’t know how much money there is going to be left to actually manage in a few years.

I found myself mumbling “sooo stupid” at least three times during the show as I watched the idiocy of these rich athletes just pissing away their money. I’m a little harsh on these guys when in actuality they are no different than most of us average Americans who make dumb financial moves with regularity. They just have bigger bank accounts to make the more visible money mistakes.

I’m giving it about two more episodes before I fully hate Ricky Jerret. This character is exactly what fans hate about diva wide receivers. Wide outs think way too much of themselves and are spiteful that they can’t throw the ball to themselves. They basically have QB envy. Oh and I don’t think much of Ricky’s beautiful girlfriend Annabella either. She is apparently fine with him having sex with other women near toilets. Typical of many real life athletes’ wives I am afraid.

We got to witness the first showdown between Spence and a hanger-on named Reggie. This moocher is Vernon’s “handler,” but his only qualification is being childhood buddies with the all pro baller. My hope is that Reggie gets killed off in some kind of crab leg poisoning incident or at the very least gets “The People’s Elbow” dropped on him by Spence.

The good news for Ricky Jerret is that he is on time to his first day of training camp. The bad news is he is driving a car that is worth more than he will make in the last 15 years of his life. This guy is pissed because he doesn’t have “his” #18 jersey so he offers the guy who owns the number about $40K for it. This really happens in the NFL folks! I know numbers are special, even to fans, but damn. Surely there is something better he can do with 40 large.

Once again we see just how ill prepared Spence is to be a financial manager.  He’s late on payments and getting calls from the bank. Dude doesn’t even know he has two accounts with that bank! He has to transfer those funds to cover the overdrawn account. He innocently asks if perhaps there is a third account he is unaware of, but is told no. Hilarious. That is one way rich athletes could hang on to some extra money…..hide it from themselves. The pill popping continues as well. 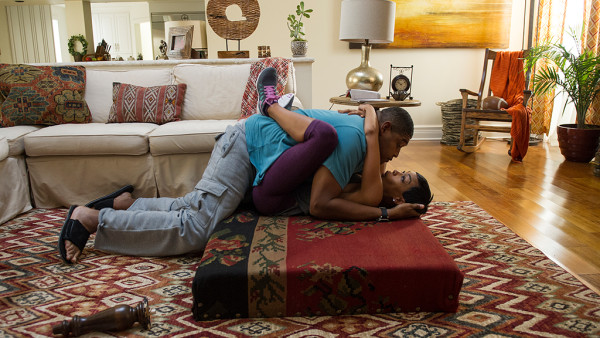 Our boy Charles Greane is getting recruited by the Dolphins at the car lot. Dude doesn’t really want to play football but is going to be talked into it. He says he is enjoying the easy life of a car salesman and the air conditioned office. The paychecks are going to be a big letdown however and that will lead him back to the sweaty gridiron banging heads with defensive lineman during two-a-days. Charles may be the most level headed guy on the show, including Spence. His wife is not only funny but is also smokin.

Spence and his boss Joe have an uncomfortable lunch with Vernon and his crew of do-nothings. Poor Joe ends up picking up the check per Reggie’s demands to the “worm.”  Reg is a total dick with no talent or skill. He just lucked up as a kid and latched onto a future NFL star. Guys like Reggie are all around pro athletes. For every athlete that crashes and burns, you can bet there was a Reggie whispering bad advice in his ear. The fact that Vernon’s agent didn’t wrap up a new contract with Dallas will loom over this player the entire season and I predict a bad outcome that will cost him and Spence huge dollars.

After the expensive lunch Spence does close the deal on Vernon. Reggie is still in the mix so even though Spencer hooked a big fish he will have a constant headache dealing with this clown.

Overall I’d say this episode was as good as last week’s. It remains to be seen if the characters around The Rock can make us care about them. So far I don’t care if Ricky catches 100 balls for Miami or if he tears his ACL in training camp. Maybe that will change, maybe not. I do like Charles and his wife of course so I’d like to see his story turn out for the good. Vernon, I don’t have much of an opinion on yet. He seems like a decent guy who just can’t say no to his friends. That will be his undoing most likely. I can see his career going down the drain with some kind of off the field incident caused by his boy Reg.

Of course I want Spencer to have success as a financial advisor. It’s obvious he has no business managing anyone’s money by the way he has jacked up his own affairs. But as Joe told him, he is just there to use his network of athletes. Spence is just a jock in a tailored suit, but you can’t help but like the guy. We shall see if his it factor is enough to overcome the “sooo stupid” factor that afflicts all the guys he needs as clients.