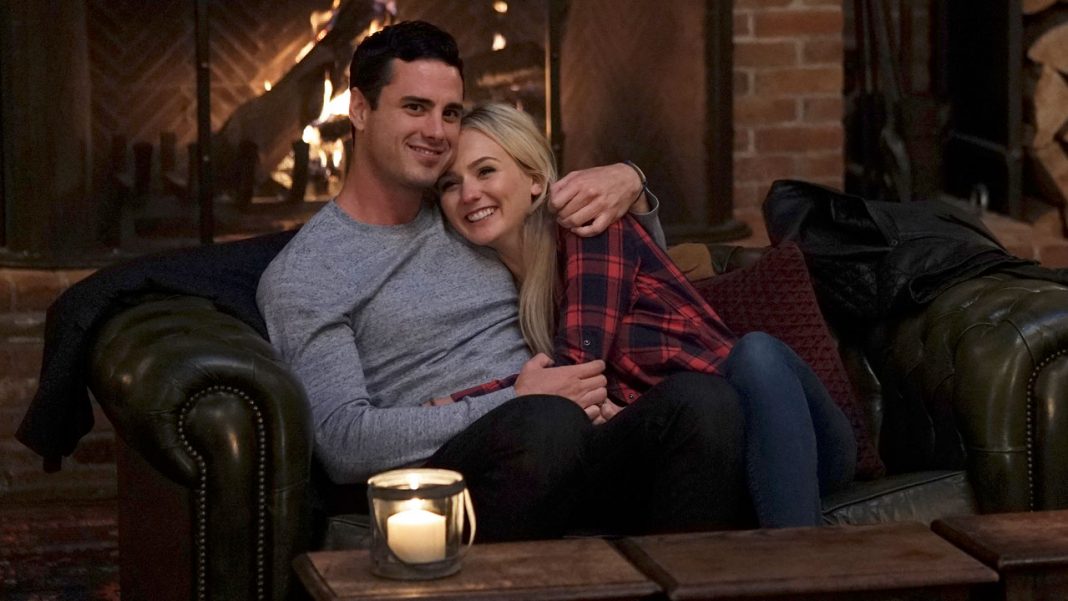 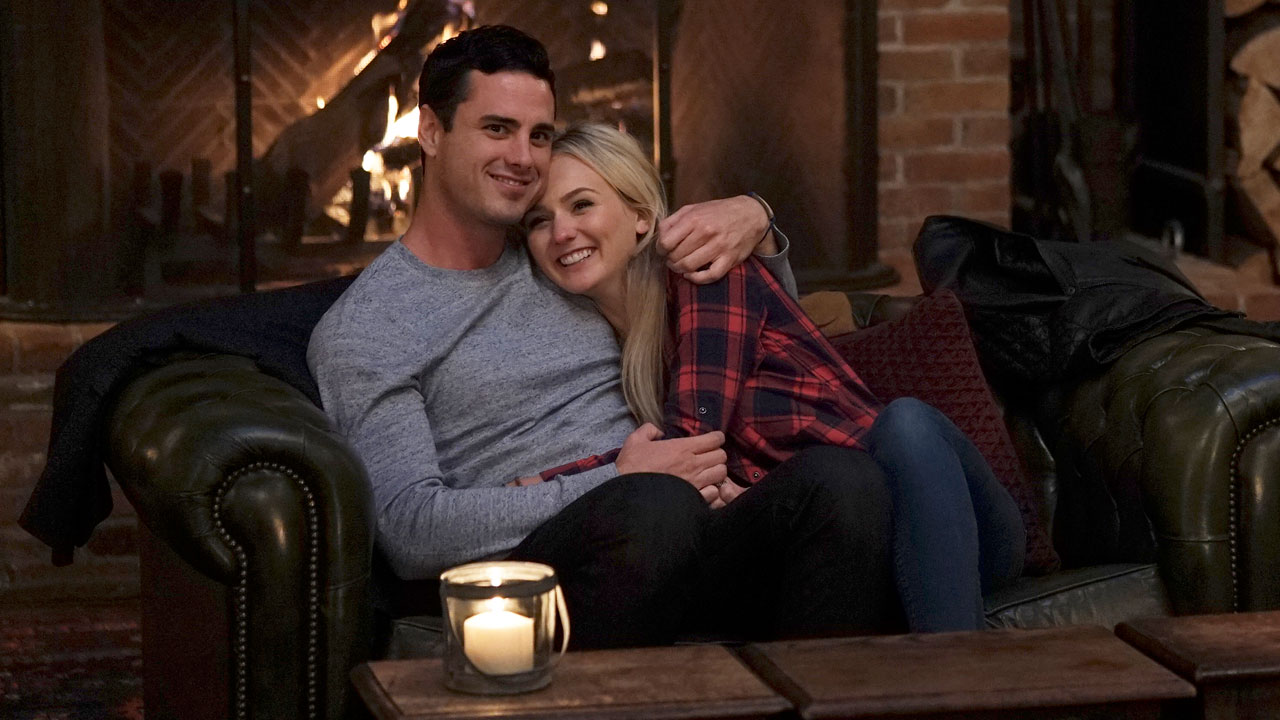 The Bachelor fans Caution: Spoilers ahead for those who have not had a chance to watch the finale of The Bachelor (which aired on Monday, March 14)

It was a huge week for bachelor nation as season 20 of The Bachelor aired its finale. Two weeks ago we saw bachelor Ben Higgins tell both Lauren B. and Jojo that he was in love with them. Thus, most people were left pretty confused on which of the two ladies would end up getting the final rose. Our sports guy Chris Maurice actually figured that Ben Higgins would wind up picking Lauren Bushnell several weeks ago as you can see here.

We kick off back in Jamaica where the two girls are anxiously waiting to be reunited with Ben. Meanwhile, Ben is meeting up with his parents to fill them in and hopefully get some advice on what he should do. The Higgins clan proceeds to discuss their thoughts on both Lauren and Jojo. Rightfully Ben’s mom expresses concern, as she is “[disturbed]” to hear her son profess his love for two women.

Nonetheless, Ben proceeds to introduce his parents to the two final candidates, starting with Lauren. Ben and Lauren talk all about their first date together (including the fact that she said she awkwardly blurted out she already wanted to meet Ben’s parents during one of their first conversations) and she seems to give a good first impression to his parents. Ben’s father admits that he sees a special “twinkle” in his son’s eyes when Lauren is around.

Next, the parents meet Jojo, who gets a lot more emotional during her one-on-one chat with Ben’s mom. Jojo expresses her love for Ben and also talks about how terrified she is that she might lose him. Her candid emotions wins Ben’s mom over, as afterwards she tells Ben she is on Team Jojo. In contrast, Ben’s father seemed to come out of the meetings on Team Lauren.

After the family gathering, Ben goes on his final one-on-one dates with both women. First Ben goes out on a romantic boat ride with Lauren. Here, the bachelor opens up and reveals that he hasn’t been able to sleep because he is so nervous about the final rose ceremony. Unfortunately Ben’s honesty starts to scare Lauren, as she confesses that she isn’t feeling as secure as she was a few days ago. Later in the night Lauren tries to cement her feelings for Ben, as she tells him she is more than ready to spend the rest of her life with him.

Following this, Ben goes on his last date with Jojo. Ben rolls up in a Jeep and picks her up for a day of swimming. After a fun date Jojo and Ben begin discussing what the future may hold for them. Jojo talks about having to commute from Denver to Texas, as she just assumes that she is the one getting the engagement ring. However, Ben awkwardly makes it clear that Lauren is still very much in the running. Later on at dinner Jojo asks Ben for some reassurance as she can sense that Ben isn’t sure whether he will pick her in the end or not. This triggers a full on meltdown, as Jojo storms off to the bathroom. Ben follows her and tries to calm her down. Jojo asks Ben whether he said I love you to Lauren too, in which Ben replies honestly that he did. Inevitably this leads to even further sobbing from Jojo, who begins to realize that maybe she isn’t as special to Ben as she initially thought.

The next task for Ben after the one-on-one dates is to meet with The Bachelor’s resident jeweler Neil Lane. At first Ben has some difficulty determining which engagement ring to choose, as he clearly has two women in mind. However, he eventually realizes that he may love both Jojo and Lauren, but he is only IN love with one of them – thus he picks out the ring he feels is suitable for the woman he is hoping to make his wife very soon.

Lastly, the final ceremony arrives and Chris Harrison is seen escorting Jojo to meet up with Ben. Jojo grasps Ben’s hands and tells him how much she loves him. She goes on to get teary as she recounts their first date and when they told each other “I love you.”

Unfortunately for Jojo, her emotional, love-filled speech didn’t do the trick and Ben finally has to do what he has undoubtedly been dreading the whole time. As smoothly as possible Ben reveals that he truly found love with her during the whole bachelor experience, however “he found love with someone else more.” Choked up, Ben continues to justify himself by stating that he is just being honest with her, which is what she wanted. Evidently crushed, Jojo says that she wants to go and pretty much refuses to be comforted by Ben. He ends up walking her to the limo and gives her a hug. Jojo half-heartedly tells him she is happy for him and then drives away in tears.

Prior to Lauren arriving, Ben calls up her father and asks for his blessing [to propose]. Of course, her father expresses his excitement and tells Ben that he will make Lauren the happiest woman alive.

Finally, Lauren arrives in a helicopter and Chris escorts her to where Ben is anxiously waiting. Ben goes on to do his whole “unlovable” spiel, as he tells Lauren that he was scared he wouldn’t be able to find someone who loves him. However now that he has he never wants to say goodbye. He goes on to promise to love her for the rest of his life and eventually gets down on one knee and proposes. In tears, Lauren beams as she replies “yes!” Thus, Ben Higgins and Lauren Bushnell are officially engaged. 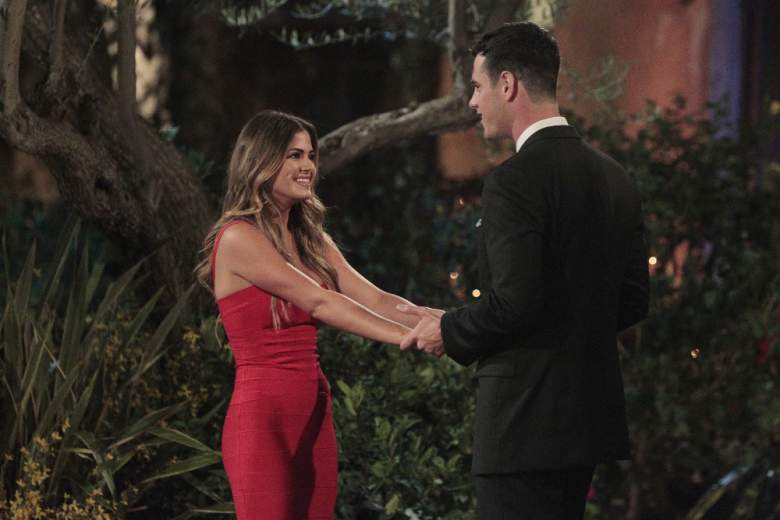 While The Bachelor may be over, during the After the Final Rose special (which aired after the finale on Monday) host Chris Harrison announced that runner-up Jojo Fletcher would be the leading lady of The Bachelorette season 12! Thus, Jojo will now have a chance to take over the driver seat and do some heartbreaking herself.

At this point ABC has not released any further information regarding the premiere date for the upcoming season of The Bachelorette.