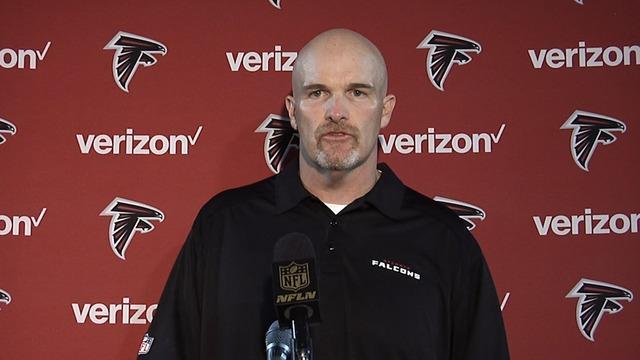 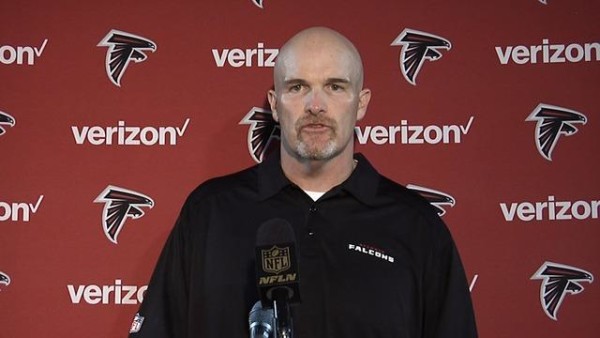 Atlanta Falcons head coach Dan Quinn could have given Zig Ziglar a run for his money in the early part of this 2015 season. After the rookie head coach took his Atlanta Falcons to 5-0, Quinn was seen as a pure motivator that had turned the dismal Falcons around in a hurry.

Probably could have killed someone and had the Governor pardon him.

What a difference eight weeks makes. Now that Atlanta has lost five in a row, falling to 6-6, Quinn sounded completely worn down in his latest press conference coming off the loss to the Tampa Bay Bucs.

I don’t want to paint too gloomy a portrait. The guy isn’t crying in front of the mic or asking for hugs from the local beat writers. He just appears tired of answering the same old questions. The fact that he doesn’t have many good answers makes it even worse.

Being seen as a motivator is great when you’re winning. Firing up the troops seems easy then. Saying things like “we’ve got to finish,” rings pretty hollow when you have dropped six of the last seven games though.

Atlanta’s latest loss to Tampa was hard to swallow for the entire organization, along with the fan base that got tempted with a perfect start to the year only to be let down once again.

Here are seven takeaways from Coach Quinn’s latest presser as the Falcons get set to travel to Carolina to face Cam Newton and the 12-0 Panthers.

7. “Tackling.” The simplest answer to how the Falcons could possibly hope to contain Cam Newton after the way the defense was embarrassed by Jameis Winston.

It’s going to be a bloodbath next week, and coach knows it.

6. The question that hit Dan Quinn the hardest was, “Have you ever been through a stretch like this in your coaching career.” Dude looked like he just realized this was the truth. He came into Atlanta to lead a disappointing team back to glory and looked like a football god for a few weeks. He had to be riding high, only to have his ego take a hit after his team simply collapsed after week five.

5. Tackling has been a focal point for the coaching staff, but after seeing the third and 19 play by Jameis Winston, the message isn’t getting through. Quinn said the play, which led to Tampa’s go ahead score, “made him sick.” Probably made his boss Mr. Blank a little nauseous also.

The Birds had double digit missed tackles versus the Bucs.

4. Quinn kept hammering the “we have to finish,” theme. I get it. Players have to make plays at the most crucial times in the game. But perhaps the overall game flow is the issue. Why is every single opponent able to stay close to Atlanta? Is Quinn’s team unable to get a big lead in the first place, so they don’t have to worry about clutch plays each week?

3. Dan Quinn has tunnel vision. That’s the case with most every NFL coach. He can’t just ignore what’s happening to his team, though. Sticking with his philosophy is mandatory to success. Can’t just change everything as soon as there’s trouble. But this losing stretch by the Falcons deserves a closer look at the offensive mindset. Doing the same thing over and over and expecting different results is….…you know, kinda fucked up.

2. A “bad decision.” That was Quinn’s assessment of Matt Ryan‘s interception that ended the Falcons’ last drive in Tampa. Not a bad throw mechanically, just the wrong thing to do. If Quinn can’t figure out why a seasoned vet like Ryan keeps making “bad decisions” week after week, the Birds won’t win another game. He’s the head coach, so he’s going to have to intervene in the offense.

1. The scariest takeaway from this presser was Quinn’s answer regarding what he can do himself to help with the offensive woes. His paraphrased answer, “I can take a look at the opponent’s defense and see what coverages they use and be of help that way.”

In other words, the offense is not in his hands. Using his defensive wits to help Kyle Shanahan see how to attack the opposing defense is great, but this Atlanta offense is floundering badly. The head coach has to do more than help find defensive weaknesses in the team next up on the schedule. Quinn needs to find out from his quarterback what he believes to be the issue and go from there. This Falcons’ offense needs a change of direction, not just some input on how to attack a defense.