Home All News Tech News Anonymous vs ISIS: A Battle Of Wits or Wills? 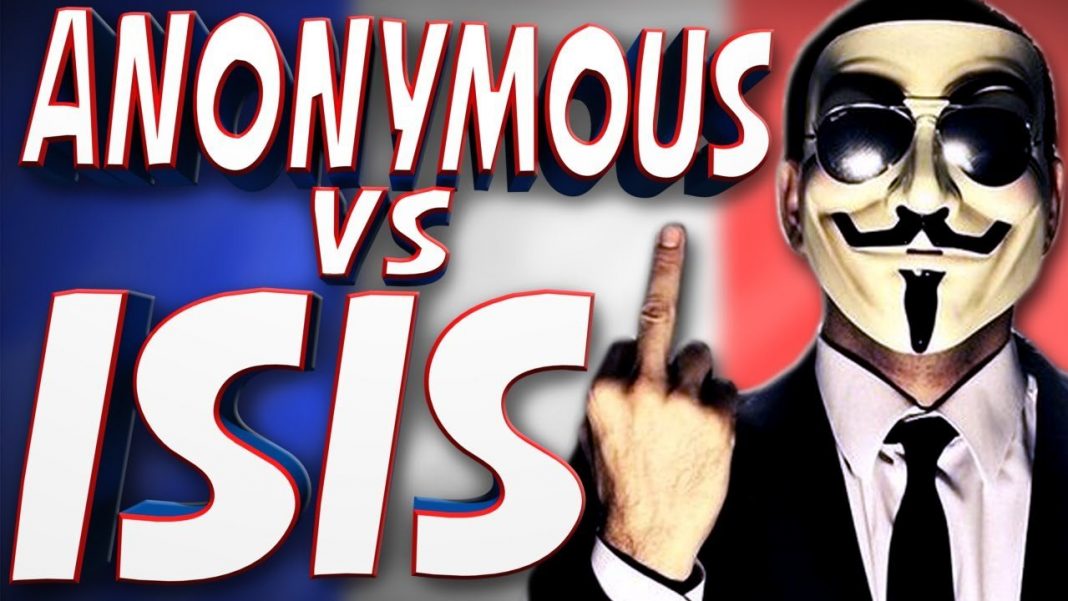 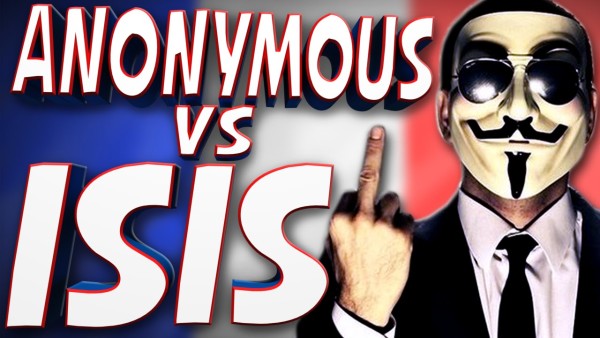 The hashtag #Daesh alone means that Anonymous means business, as members of ISIS or ISIL consider the term derogatory. Shortly after the Paris attacks, the hacktivist group Anonymous threatened war against ISIS, saying it will shut down the terrorists’ in cyberspace. True to their word, as they did with the Ku Klux Klan, Anonymous managed to take down over 5,500 IS Twitter accounts and uncovered at least five individuals associated with the jihadists. This may just be the beginning, and if it is, it’s downright scary to think if each of the 5500 Twitter accounts represents one individual.

“The purpose of this Op is to identify and report supporters of the atrocious November 13th, 2015 Paris attacks in an effort to assist finding those responsible, demonstrating that we do not tolerate such atrocities and gather information that could help prevent further attacks in the future,”

This latest effort by the hacker group, if acknowledged the authorities, will be of great help in curbing the terrorist group’s recruitment efforts which often targets the youth of various countries. The recruits, individuals from teenagers to their early thirties make their way to Syria through various routes in order to be trained to fight within ISIS-controlled territories or like viruses or Trojan horses, return home and create their own terrorist cells, just like what happened in Paris as some of the Paris suspects were allegedly Frenchmen or foreign residents.

Like many recruits, friends or family members say these terrorists were formerly well-behaved, friendly, pleasant guys. People you normally wouldn’t associate with terrorism. One example was Jihadi John, who was said to have been killed recently in an airstrike. Whatever methods ISIS employs in their recruitments is so powerful that despite repeated warnings, people continue to pour into Syria and join their ranks, composed of supposedly ‘nice’ individuals. Despite their barbaric behavior, ISIS is no stranger to using the internet as a tool to get their messages across. They use social media such as Facebook, Twitter and Youtube to spread the word or to spread terror. There’s even news that members are also into gaming and are currently chatting t unsuspecting gamers within PSN and Xbox Live. Anonymous now plans to take that tool away by threatening major cyber attacks against alleged ISIS websites, compromising bank accounts and identifying social media accounts.

Just like what they did with the Ku Klux Klan, which is identified as a right-wing extremist group, therefore, illegal in the United States, Anonymous has released a list of alleged ISIS members and accounts used by the terrorist group. The data will keep the authorities busy for some time should they acknowledge Anonymous’ assistance. Even if the authorities don’t take them seriously, Anonymous has helped in thinning ISIS ranks a little and make those millions of dollars’ worth of airstrikes actually means something.

Anonymous said that they’ve been onto ISIS for some time now, but they only announced their efforts on the group after the Paris attacks. Better late than never in their announcement and perhaps the scope of the problem has become so big, they’re pushing governments to step up their game and that because of their slow response, vigilante groups like Anonymous has to step in.

First the KKK, now ISIS. Even though vigilantism is frowned upon by many societies, we can’t help but root for these guys. One could say that they’re a bunch of digital superheroes fighting for what they see is right; but as a hacker group, they can sometimes be disruptive to businesses and some governments they don’t agree with. Anonymous isn’t exactly Captain America but more like the Punisher or Batman. But dark times makes for some strange bedfellows and so far Anonymous is putting themselves in a positive light.

As mentioned, ISIS can be very, very persuasive that they can lure decent individuals to a life of cold, sadistic violence. Hopefully, no Anonymous member peeks too deeply into that insane rabbit hole or the group may find themselves infiltrated as well. The hacking skills at their disposal could mean very bad news to the free world. For now, its hats off to Anonymous. Keep up the good work.