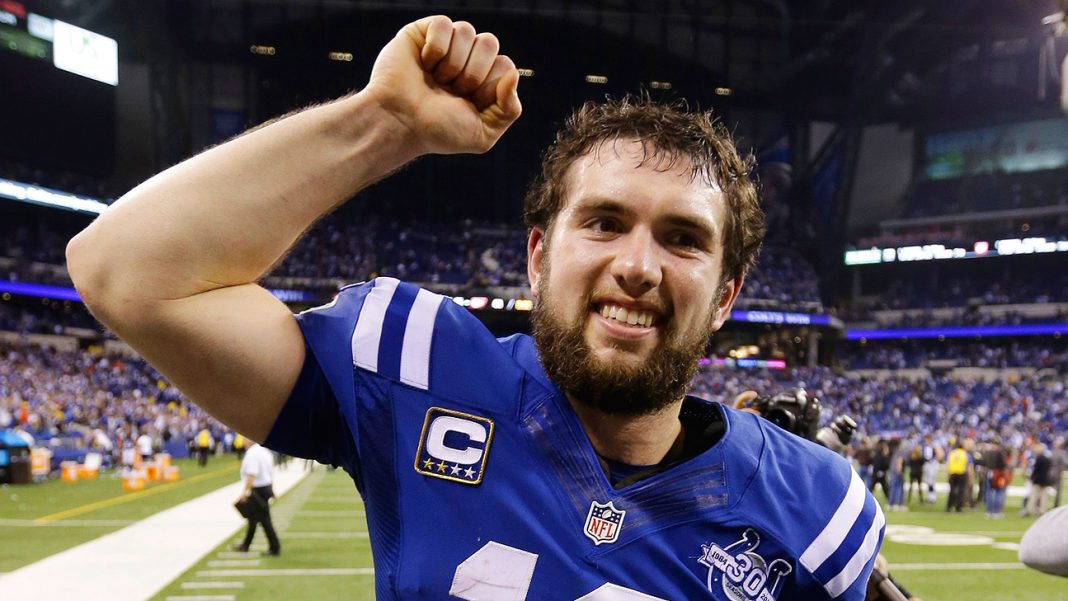 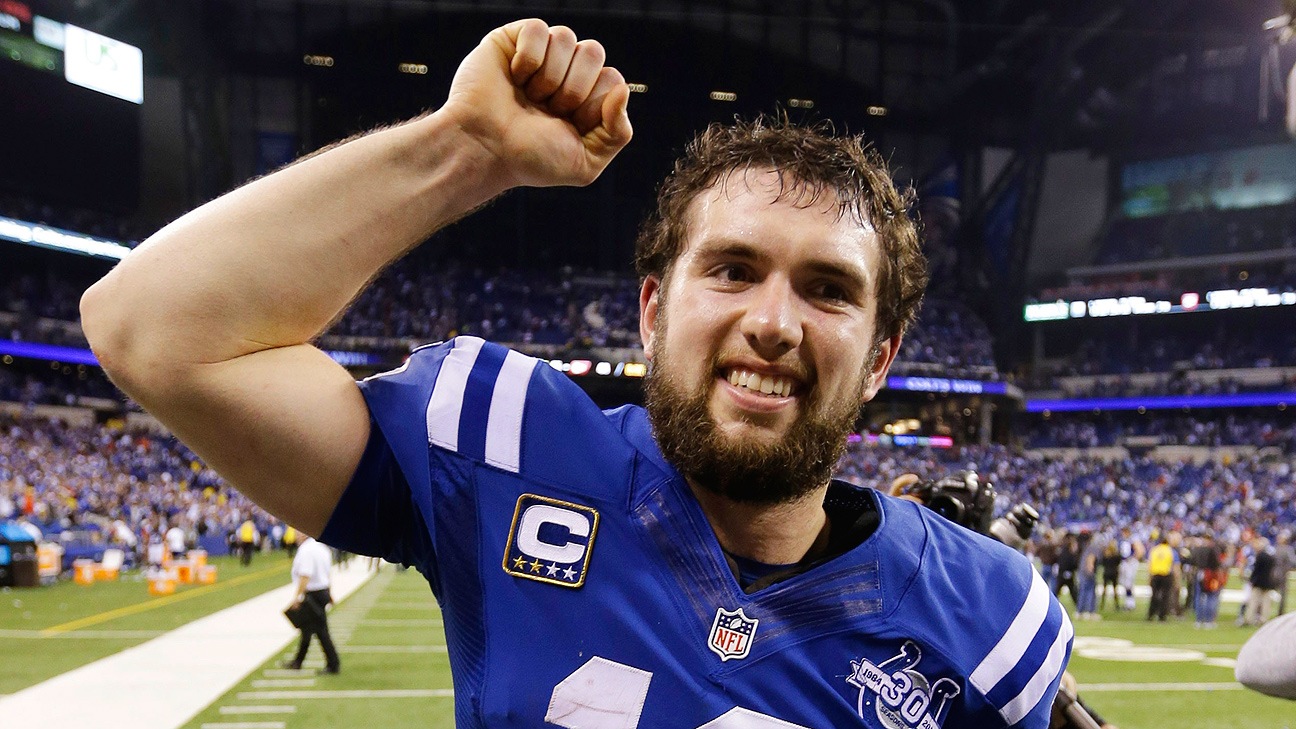 Andew Luck and the Indianapolis Colts made NFL history on Tuesday when it was announced that the team had signed quarterback  Luck through the 2021 season. Explicit contract details were not immediately available, however, it’s pretty obvious that Luck has become the highest paid player in NFL history. The young QB missed nine games last season with injuries.

Andrew Luck has signed the richest contract in NFL history, a deal worth up to $140 million with the Indianapolis Colts that covers the next six seasons through 2021.

Colts owner Jim Irsay revealed the contract’s maximum value on Wednesday for Luck, the No. 1 pick in the 2012 draft who missed nine games last year because of injuries to his shoulder, ribs and kidney. Irsay said Luck would be guaranteed $47 million if the Colts were to cut him before the season.

According to NFL.com, the life of Luck’s contract includes $87 million guaranteed for injury. There are many different ways to determine a deal’s value, but Luck’s has topped recent quarterback contracts for Baltimore’s Joe Flacco and Green Bay’s Aaron Rodgers. It also gives the 26-year-old Luck another chance to cash in with a big-money deal around age 32.

Before last season, the Colts exercised the fifth-year option on Luck’s contract to guarantee him more than $16.1 million for the 2016 season.

“I am thrilled and excited to continue with this great organization,” Luck said in a statement released by the Colts. “I am thankful to the Irsay family and Mr. Irsay for providing me with this great opportunity and the trust that they’ve shown in me. I can’t wait for this season to start.”

Irsay said the terms of the deal are friendly enough to the Colts so they could put a franchise tag on Luck for 2022 if they need to and not be strapped under the salary cap. The annual figures are such that the Colts should be able to continue to craft a quality roster around him.

“We definitely feel that we’re never in a position where we’re getting out of whack in any of the years,” Irsay said.

Luck has been one of the most productive quarterbacks the NFL has ever had over a player’s first four pro seasons. He tied Detroit’s Matthew Stafford as the fourth-fastest to 100 career touchdown passes, in his 55th game.

Last year was a struggle, though. After leading the Colts to 11-5 records in each of his first three seasons, plus a 3-3 mark in the playoffs, Luck endured the worst season of his pro career and missed the final six games with a lacerated kidney and a partially torn abdominal muscle. He missed nine games in all, finished with the lowest completion percentage since his rookie season (55.3), and threw 15 touchdowns and 12 interceptions in going 2-5.

The Colts weren’t concerned, though.

“We never even suggested it as leverage,” Irsay said.

Luck helped hand Super Bowl champion Denver its first loss in what became his last game Nov. 8. The 4,761 yards and 40 touchdowns he passed for in 2014 weren’t that far off. Neither were all those rookie records he set in 2012.

“There’s no question in our mind that he’s going to return and do the things that he’s done,” Irsay said. “That fire’s in his eye in a special way.”