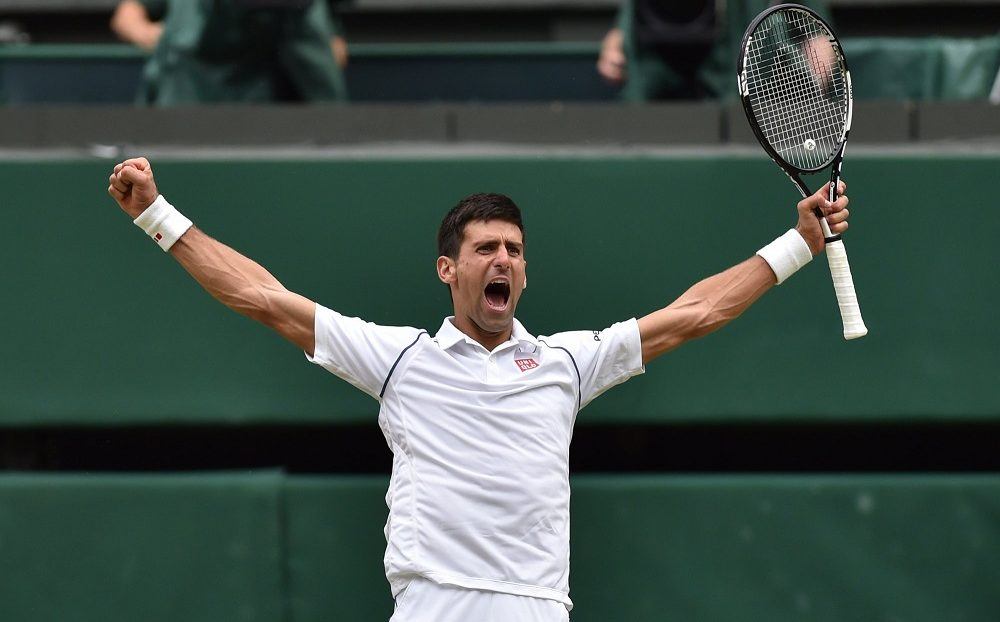 Wimbledon 2016 continued on Wednesday with more rain delays causing more match postponements, but that didn’t affect Novak Djokovic and Roger Federer. However, Centre Court played a full slate of matches plus an added-on one with Roger Federer and Novak Djokovic among the winners.

Federer defeated Marcus Willis, Britain’s overblown man of the moment, in straight sets. The final score in that match was 6-0, 6-3, 6-4 with Federer now moving on to play either Alexandr Dolgopolov or Daniel Evans next.

Federer spoke well of Willis after the match, saying that he “brought unbelievable energy to the court.” Federer played along with the man-of-the-moment affair as he laughably compared the Willis match to a match against Pete Sampras back in 2001.

Looking ahead for Federer, it looks as though the fourth round is certainly calling for the three seed as neither Evans nor Dolgopolov have hinted at any kind of recent form that can challenge the Swiss Maestro on grass. For Willis, a second-round exit in a major is actually an amazing result due to his low ranking. Look for him to surge up some 350 spots when the rankings update after Wimbledon.

Djokovic, like Federer, also had no trouble in his second-round match as he took out Adrian Mannarino in three sets with just one tiebreaker 6-4, 6-3, 7-6. The Serb is in a similar predicament to Fed at Wimbledon 2016 in the sense that Djokovic now awaits a third-round opponent in either Sam Querrey or Thomaz Bellucci (Querrey was up a set and 5-2 on Bellucci in the 2nd set). Waiting for an opponent is a major edge at the All England Club this year and, while some might feel as though bad weather is bad luck for the top players, I think it’s a blessing in disguise.

The roof over Centre Court is truly serving as an edge for them. After all, the high-ranked players are the ones who are more likely to get scheduled for the main show court, and that protects them from having an unpredictable schedule. However, the rain also creates a backlog of matches for their future opponents, the players that do not get the privilege of playing under the roof.

For instance, we’re heading into Day 4 now and some players, like Federer and Djokovic, are already into the third round and just one win away from Week 2. Yet there are many first-round matches that have yet to be completed in the men’s draw. The winners of those backlogged matches and anyone else that wins a behind-schedule match is going to end up playing multiple matches with little rest between them. That could lead to some walkovers, retirements, or easy wins for the players who are on the main show courts – players that can rest, prepare, and even scout.

Other main-court winners on Wednesday included Agnieszka Radwanska, Belinda Bencic, and Eugenie Bouchard on Centre Court. The latter was not scheduled to play on Centre Court originally but had her match moved there. Johanna Konta was the only winner on No. 1 court while Dominic Thiem advanced on Court No. 3 against Florian Mayer. On a peripheral court earlier start times meant two matches saw completion. Tomas Berdych advanced as did Petra Kvitova on Court No. 18.