– Kevin is not in jail as the previews suggested last week.

– Kevin’s mom isn’t down with her subordinates playing the race card but is a hell of a race card dealer when necessary.

– Headmistress Graham is a slimy character but was dead on when foreseeing how her school would be portrayed once the party assault became public. Parents wanting their kids off the school website is just the start.

As the show opened, the journalist that Anne contacted is talking to Graham and getting the facts. The facts are just as Graham has skewed them, complete with Anne’s signed statement. The facts are cloudy, but much of that has to do with the victim being drugged. 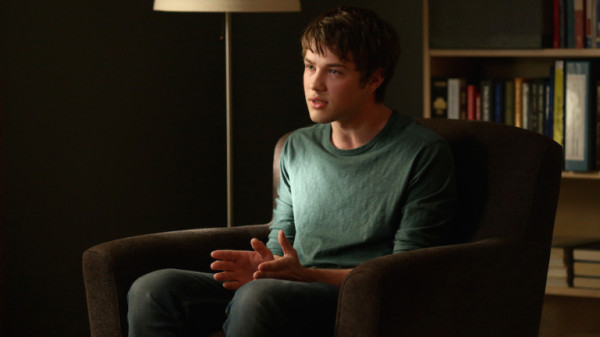 Taylor’s rape has gone viral, and I see no escape from the public shaming he is getting. He thinks going back to his old school will be better, but there is no hiding from this. In the old days, a kid could switch schools and get a fresh start from various troubles. Now they are followed by their online shadow wherever they attend class.

Anne’s efforts to help her son are summed up as she tries to assist a young lady in her diner who is being bullied by her boyfriend. This girl, not Anne, is the one left to deal with her violent partner as we see him sling the dinnerware off the table, a clear visual of the mess that has been made of Taylor’s life. 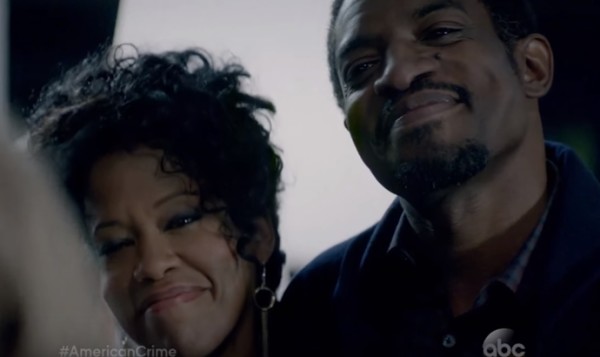 More peeks into Kevin’s family life show he’s is a player of epic proportions. His mom is mean as a snake as we saw last week, and more so in Ep3 as she coldly fires a subordinate then clowns the black folks that look for help from her simply because they share the same skin tone.

Kevin’s dad seems like a solid guy so far. We’ll see how that plays out, but he seems like he’s just trying to keep his kid in line.

All hell breaks loose when the article comes out. No one is pleased. Anne is pissed that it doesn’t put much focus on the school. Kevin’s mom, Terri is irate and gets her hubby to snatch her kid from school, then lawyers up immediately. Kevin is the only student named since he is 18.

Kevin’s parents are all about protecting him, but they are not treating him gently and crawl his ass when he has to admit to bathroom sex and gives details on girls “making the team” at the captain’s’ party.

Keep in mind they don’t know the victim in this sexual assault is a male yet. The family is focused on the girl that Kevin hooked up with.

The family lawyer tells them to stay silent. “No one who matters believes this crap,” he assures them.

I didn’t realize Evy was unaware that Taylor was raped at the party. She is questioned by the police at her school, where race relations are off the chart bad. Lucky for Evy her principal informed her that she should not talk to the cops without a parent present.

This man doesn’t trust the police and with good reason, and in just two words.

Brendan Dassey. (If you’ve been living under a rock since Christmas, Netflix‘s “Making a Murderer” docu-series covering the strange case of Steven Avery.) 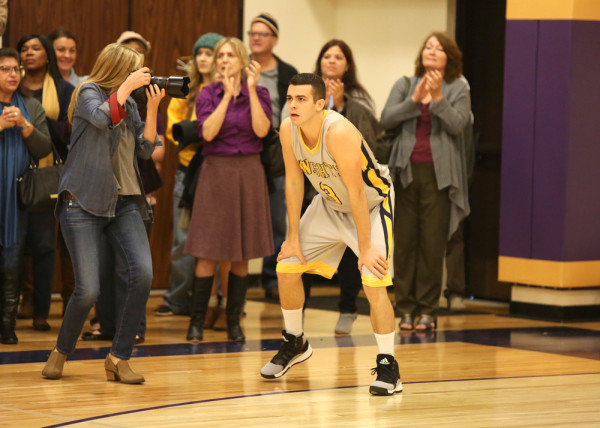 Evy tells how it was Eric who dumped her and Taylor on the curb after the party. She clearly wanted no part of the event as she knew how it would go with the rich kids. It went worse than she knows.

How naive are high school girls? Well, Nikki Bashir thinks it’s a good idea to see if Kevin wants her to come over after seeing the article with his name involved. The guy already showed her he is at the very least a thoughtless player. At worst he is a rapist. Great idea to go over and chill at his place.

Kevin has more trouble near the end of the episode when his parents learn more details from an investigator. The shock of the victim being a guy hits the family hard. As if it would be better if their son was accused of “traditional” rape. Michael LaCroix, the dad, reacts by pouncing on his son, demanding the truth, “Did you touch that boy!!!!”

The kid denies it. Meanwhile his mom Terri is putting on her dealer’s cap as she asks the black detective if there is anything he can do, implying he needs to help her out for the same reasons her subordinate wanted help from her earlier.

Race cards scattered everywhere. Too many for even Raymond Babbitt to count.

Taylor wants his mom to drop all this. Once again he just wants all this to be over. He says it repeatedly each episode. His only relief would come if he could just forget it and move on. I have to think this is the feeling of victims in cases like this though of course I can’t say for sure. 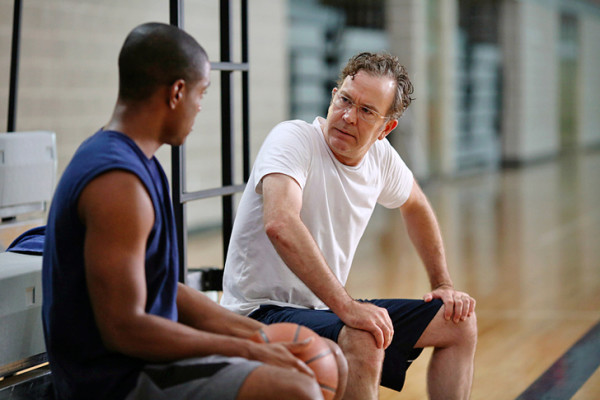 Forgetting it and moving on is what leaves rapists on the streets unfortunately.

Headmistress Graham has bigger problems than finding some billionaire to carve his name on one of her precious new buildings. She is informed by a detective that unless she hands over a list of males from the party, each and every male student at the school will have their DNA tested to match the semen found on Taylor’s clothes.

This is an official rape case so now Graham, Eric, and Coach Sullivan get to taste a tiny bit of the buffet of hell that Taylor has been treated to.

The only concern in Graham’s eyes at this news is her own demise. The victim is not in her thoughts at all, when she should be thinking, “Oh my God, a young person was raped at a school function, and we need to figure out who did it.”

Not to mention helping the victim through his crisis.

Looking forward to next week’s episode. I know it’s going to be a nasty court battle. Eric is likely to be thrown to the wolves eventually if he is truly the rapist, while Leyland will fight to distance itself from the boy. Taylor may get justice in the end, but will be dragged through the mud on his way there.