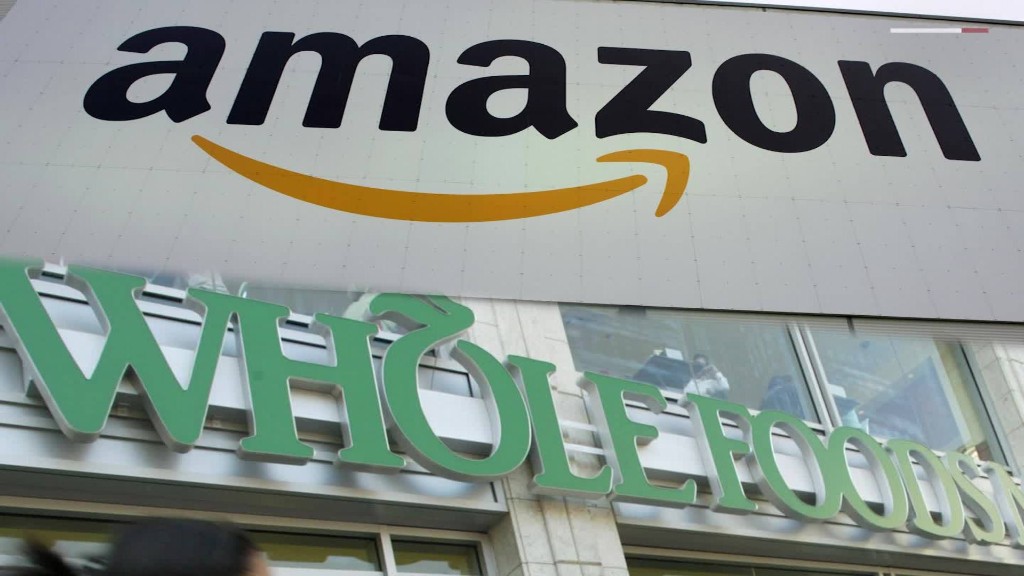 The moment Amazon announced that is was buying Whole Foods, everyone knew the future of grocery markets had changed. Costco Wholesale Corp. quickly saw a drop in their stock, making it see its sharpest six-day drop since the Great Recession in 2008.

Pundits have been quick to jump on the story, and some see it as a $13 billion crap shoot or the biggest mistake of CEO Jeff Bezos‘ career.

Seeing Whole Foods products first in Amazon searches? Breezing through the grocer’s stores with an app that scans affordable fruits and seafood?

Those are among the possible scenarios that unnerved the food industry last week when Amazon announced a $13.7 billion megadeal to acquire Whole Foods. The two companies have not yet detailed how their proposed union might change the experience for customers. But the deal has the potential to boost the outsized ambitions of Amazon CEO Jeff Bezos, and Whole Foods chief John Mackey, each of whom has already radically altered the way Americans shop.

Amazon is a retail juggernaut hunting for ways to dominate groceries. Whole Foods is fighting to broaden its appeal while preserving its reputation on quality.

Here’s how a tie-up could help both companies advance their goals.

THE WHOLE FOODS OF EVERYTHING

Like other grocers, Whole Foods is increasingly pushing its store brand products, most notably those under the “365 Everyday Value” name. If the deal goes through, those items could get prime real estate on a massive platform outside the chain’s 440 U.S. stores.

Amazon, in instantly acquiring a stable of its own grocery staples such as pizza sauce and peanut butter, could decide to give them favored placement in its search results. While some 365 products are on the site now, they’re through third-party sellers who charge higher prices than found in stores.

Amazon already has shown an interest in boosting its own brands. After introducing its “AmazonBasics” batteries, for instance, the site made them the top result for “batteries” searches over Duracell and Energizer, notes James Thomson, a former Amazon employee who was in charge of bringing in new sellers to the site.

Doing so with Whole Foods brands as well would help lower costs – and possibly diminish Amazon’s reliance on packaged food makers like Kraft Heinz and PepsiCo.

“You start by controlling the distribution, now you’re in a position that you can control who’s invited to the party and who’s not,” said Thomson, now a partner at consulting firm Buy Box Experts.

Working in Amazon and Whole Foods’ favor is the growing acceptance of store brands, also known as generic or private-label brands. Consider the expansion of discounters like Trader Joe’s and Aldi, which sell mostly store brand products or the growth of names like Costco’s Kirkland or Target’s Archer Farms.

At Whole Foods, store brands accounted for 15 percent of sales last year. And the company recently launched an offshoot lower-cost chain named after 365 that has four locations.

Whole Foods blames its sales declines on the wider availability of organic foods at mainstream grocers like Walmart and Kroger. With Amazon’s help, the chain may be able to set itself apart again with technology.

In Seattle, for instance, Amazon is testing a convenience store where sensors scan items, so shoppers don’t have to wait in line for a cashier or scan items themselves. Amazon said it does not plan to bring that technology to Whole Foods, a comment that may allay fears about automation and job cuts. Still, it’s an example of how the checkout might get easier down the road.

That could open up Whole Foods to a much broader customer base, said Theodore Waldron, an associate professor of management at Texas Tech University.

And in turn, the company could revive its recently stalled ambitions to expand to 1,200 U.S. stores. By comparison, Walmart has about 4,700 stores, while Kroger has nearly 2,800 under a variety of names.

Of course, a union with Amazon could hurt Whole Foods’ image on food quality. But the companies say they don’t plan to change Whole Foods’ standards, which includes a ban on artificial ingredients that shuts out products like Diet Pepsi and Oreo cookies. And for now, many shoppers still feel Whole Foods promises a certain level of quality that others don’t.

“We trust them,” said Bill Forrest, a shopper at a Whole Foods in Indianapolis. While Forrest doesn’t shop exclusively at Whole Foods, he said he makes it a point to get items like vegetables and meats from the chain.

Amazon’s expertise with data crunching could benefit both companies, especially as Whole Foods moves to collect more customer information through the rollout of its loyalty program.

Amazon could also use that data for its own purposes, given the overlap in higher-income customers at Amazon Prime and Whole Foods. The company would gain insight on how people shop in stores, in addition to the information it already has on how they shop online. That could all lead to personalized offers that are tailored to get people to spend more online, as well as in stores.

At a town hall with employees, Mackey said he could not yet discuss the plans the companies talked about before the deal was announced. But he noted how Whole Foods might benefit from Amazon’s expertise with technology.