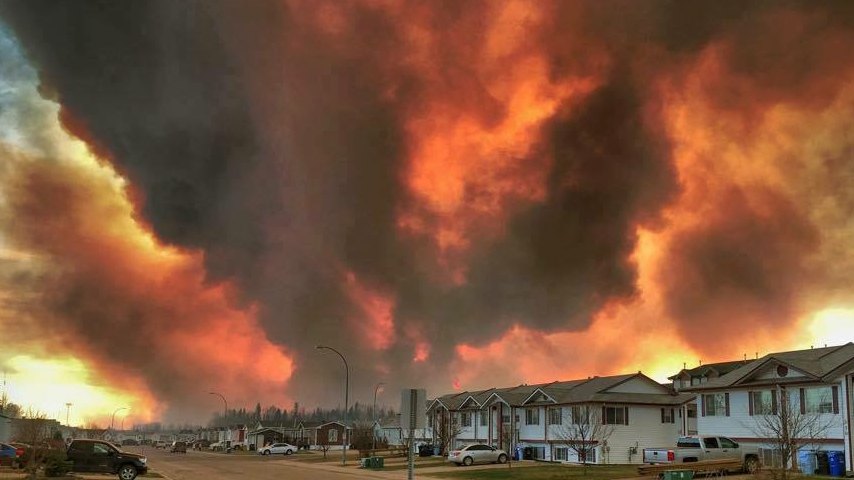 If you grew up in Alberta as someone who was concerned about the future of the world’s climate in the 1990s and early 2000s, as I did, then you probably noticed one thing: the closer you got to the oil sands near Fort McMurray, the less sympathy your views received. A lot of Albertans over the years correctly recognized that the Albertan economy was mainly strong due to the northern oil sands. Many of these people refused to accept that resource extraction from those same oil sands was playing a role in climate change. Accordingly the political party that was most sympathetic to resource extraction, as opposed to environmental protection, found long-term favor in Alberta.

Likewise, those that mentioned the possible negative effects of fuel combustion would set off fierce passions. Mention, global warming in Alberta, and chances were that you’d get a stark reminder that your job was only there because of the oil sands. Polite climate-change deniers might have called you Chicken Little, the folk-tale alarmist that goes around ‘warning’ everyone that “the sky is falling.” For example, Kenneth P. Green, writing in December 2003, made the comparison in a composition that is at the Fraser Institute’s website:

“Chicken Little has…been an icon for foolish alarmism. Now…Canadas very own Chicken Little, a senior climatologist with environment Canada has come out with a laundry list of sky-is-falling hysteria.” (sic).

With the not-so-polite people, if you mentioned human-induced climate change anytime in the last two decades you could face someone whose nostrils would flare, whose eyes would widen, whose pupils would constrict, and whose teeth would clench as they lashed at you viciously about your BS-ideas. Telling someone that their livelihood, oil and gas employment, was bad for the environment would earn you little sympathy.

As I write, the Fort McMurray area is burning to the ground as tens of thousands of people leave or have already left the region. These people that are fleeing Fort McMurray are refugees, make no mistake about that, even if many aren’t destitute ones like many of the ones from Syria. Among these displaced people you will certainly find a lot of climate-change deniers – make no mistake about that either. However, whether this group within the overall group will come to understand themselves as people fleeing a generic natural disaster or come to see themselves as specific climate-change refugees is an interesting matter – it may be telling regarding our ability to correct our current environmental problems.

The anti-climate-change position is one that has seen different forms over time. Firstly, climate-change deniers would say that global warming was a myth. Then they would say that the effects weren’t clear and some may even be positive. Very currently, the backlash toward people that warn of climate change is that it’s in bad taste to speak of it while people are suffering the effects of it – as though writing your opinion somehow slows down the relief effort (which it doesn’t).

In logic, it’s called a problem of instantiating. Even if you know that some fires may be caused by global warming that doesn’t mean all are. Within the set of fires, how do you know which ones to label as climate-change fires and which ones not to? For the Fort McMurray fires, maybe the super-hot seasonal temperatures we’ve seen this SPRING aren’t due to climate change, and it’s just a massive coincidence that everywhere is breaking records for heat while the best explanation, global-warming theory, is just totally irrelevant.

People that get super logical don’t permit you to jump to conclusions provided that there is any doubt at all (and there’s always at least some). Instead, you have to say things like what Mike Flannigan of the University of Alberta said:

“This (fire) is consistent with what we expect from human-caused climate change affecting our fire regime.”

The fire isn’t DUE to “human-caused climate change” rather it’s just “consistent” with expectations. Whenever I read a scientist or professor being careful like that I feel like they want to explicitly state that the fire is the result of global warming, but just can’t for fear of committing a logical fallacy. So they say “consistent with what we expect from” as opposed to “due to.” I guess the cause of the fire can in fact simply be reduced to whoever through their cigarette into the bush (or their joint) or whatever else may have started the fire.

But then writing isn’t always about science – there’s room for subjective intuition. I don’t think there’s a problem with saying “There will always be some doubt when it comes to causes and effects in scientific theories. However, I’m convinced that the magnitude of the fires in Fort McMurray are partly due to global warming.”

After all, science is not just about being open-minded to the possibility that your ideas are wrong, but it’s also about human survival. It’s this concern that should be rallying people to point out that global warming could be the central problem when it comes to the Fort McMurray fires.

At present the people of that area, who will have diversity in their opinions, are suffering as they struggle with finding lodging and as they deal with the problems associated with being evacuated from their homes. Many say these struggles make it a politically-incorrect time to point out the irony of Oil Town, Alberta suffering the effects of global warming. It’s also ironic that those that were labeled as mindless alarmists might have actually had ideas over the decades that could have curbed the damage that is presently being done.

We’re not supposed to go there, though, right? That would be rude, right?

However, if we want to prevent or at least curtail the damage of global warming in the future, then it’s time to stop trying to stifle people that try to connect the dots between global-warming theory and really existing events. That Fort McMurray’s devastation is partly the result of global warming is a point that needs to be acknowledged going further without saying that global warming is a myth and without getting indignant. The opinion is nothing more than a fusion between science and broadly-shared intuition among those that share concerns over the future of our species on this planet. If someone thinks that fusion is wrong, then the onus should now be on them to prove that it’s wrong: that human-induced global warming is contributing to natural disasters should be the status quo.

After all, it’s not just environmentalists that need to be open minded about their ideas, but climate-deniers too – a point that shouldn’t be lost on them. The gasoline that gets burned in our cars ends up producing CO2 in the atmosphere which traps heat that might otherwise escape. This heat creates dry conditions, and that increases the chances of fires which can lead to refugees fleeing those fires.

On that note, I think it’s Justin Trudeau’s liberals that should be responsible for their well-being. The federal liberals have no trouble helping Syrian refugees from across the world – how about helping the refugees, the climate-change refugees of Fort McMurray, that have actually paid substantial income taxes and other taxes to the Canadian government right now? It doesn’t matter what their views are; they still have rights, and it’s time for the country that prides itself on foreign aid to do something about refugees in our own….burning…backyard.

In conclusion, I don’t know if there is a folk tale about the opposite of Chicken Little, you know – someone who FAILS to raise alarms when alarms need to be raised. But if there was one to be written it could feature a Wild Rose, the flower of Alberta, as a protagonist ignoring an elephant in a room. The sky in northern Alberta truly is falling folks: that’s because it’s full of ashes (YouTube) from the wild fires that have to settle somewhere – like right on top of people’s cars as they flee the region as climate-change refugees.