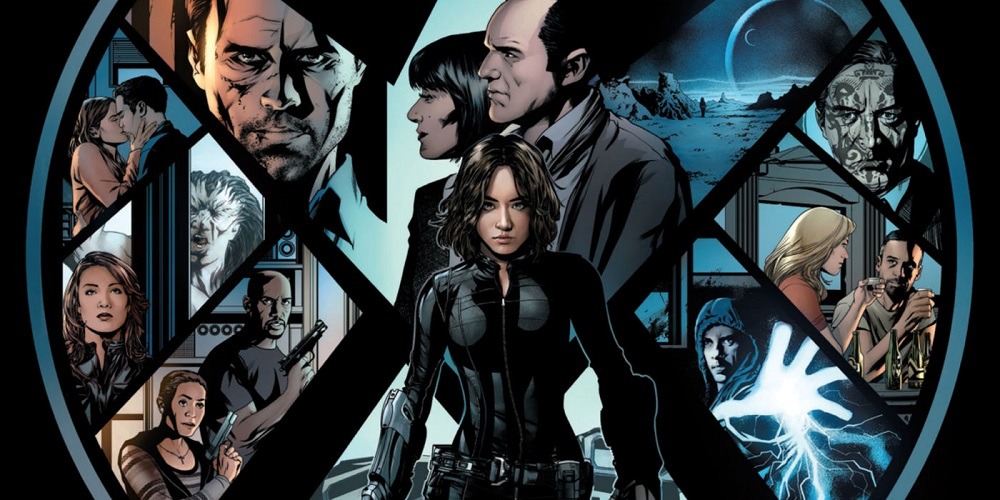 The new development in Marvel’s upcoming Dr. Strange movie which revealed Mads Mikkelsen’s character has its roots in Strange Tales Volume 1. In several issues, Doctor Strange actually shares the comic book with SHIELD’s adventures so SHIELD, also gunning for the mystical would be no surprise. After all, they do deal with threats to the world whether it’s extra-terrestrial, terrorist or mystical. A tweet from the series shows their SDCC Comic-Con trolley with the show’s name, logo and a large flaming chain at the bottom. What first comes to mind to Marvel fans when presented with a flaming chain? Ghost Rider. Will the Spirit of Vengeance show himself in Agents of SHIELD instead of his own Netflix series? Will the show go mystical to promote Dr. Strange and show the world that they’re really ‘connected’ to the rest of the MCU? 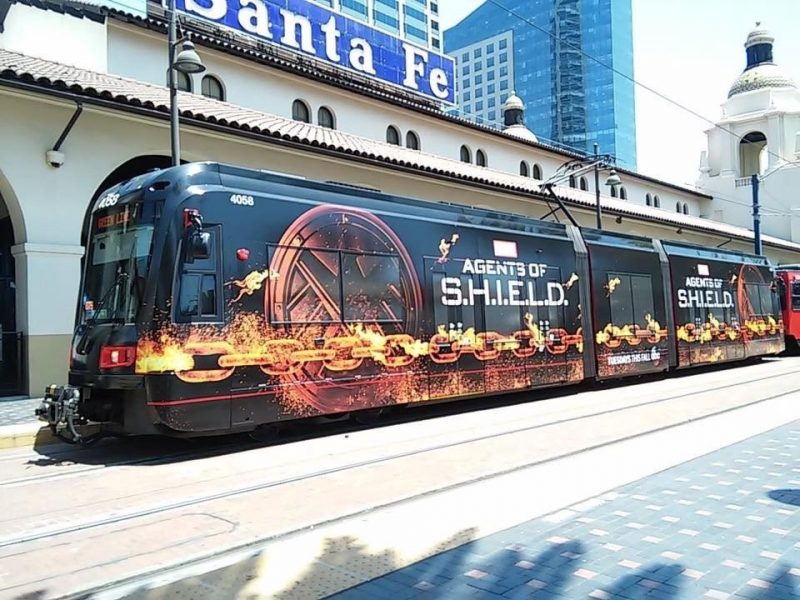 Previously on Marvel’s Agents of SHIELD…

Skip this paragraph if you want to avoid the spoilers ahead and appreciate the show a bit more. In the season finale, Hive and friends infiltrated the SHIELD base and commandeered the Zephyr to launch a warhead containing a modified terrigen mist that can transform normal humans into primitive swayed inhumans under Hive’s control. SHIELD managed to prevent this from happening by launching the warhead into space using a quinjet. Daisy and an injured Lincoln confronted Hive in the quinjet to keep him from taking the bomb back. Lincoln ejected Daisy from the quinjet and he along with Hive died in space. Lincoln was injured when he confronted Jason Slade otherwise known as the inhuman Hellfire. At the end, the show jumps forward six months with Daisy gone rogue and according to Coulson, SHIELD has a new director.

When it comes to Marvel, the flaming chain usually points to one major character—Ghost Rider. Anyone who sees the trolley would surely think the same thing at first. But then, there is one other person within the show’s mythos that uses a hellfire chain. In a couple of episodes, Hellfire impressively used a chain infused with his powers which he later used to kill Lash. Ghost Rider fans immediately identified with the hellfire chain and how well the effect was pulled off and speculated that a Ghost Rider series can’t be far off (not starring Hellfire of course). Hellfire’s role in the season was relatively minor. Does the show have big plans for Jason Slade or is the show aiming for something bigger? Could it be a coincidence that Jason’s last name is Slade?

Will Hellfire be joining the team? With Hive gone, he’s got nowhere to go. If the chain is about him, what big role will he be playing and why all of a sudden? If not, then the only other suspect could be Ghost Rider or some other spirit of vengeance. SHIELD does still have the Index and that index probably includes supernatural beings. Earlier rumors say that Ghost Rider would be going to Netflix along with Blade and Moon Knight. If Ghost Rider doesn’t make for a good Marvel Studios film, he’d be great as a two-hour Netflix pilot. So what does that leave ABC? There are other Ghost Riders that use chains. Dan Ketch, Vengeance and Robbie Reyes also use chains. This could all be just hopeful speculation, but any Spirit of Vengeance would look great on TV.

Are They Planning to Actually Connect?

Hopefully for the sake of the show and the rest of the TV and movie universe, Kevin Feige and Isaac Perlmutter finally be on the same page. Marvel Studios is killing the box office scene while Netflix is making a killing on TV. ABC’s SHIELD, not so much but put these three together, Marvel would probably be unstoppable. DC meanwhile is killing it with Arrow, The Flash, Legends of Tomorrow, Gotham and now Suicide Squad. At the box office, not so much, yet.

Connecting the TV shows with Dr. Strange and the supernatural would be a great idea. There’s already a rumor that The Hand ninjas in Daredevil season 2 are some form of a vampire and that The Defenders film would have something to do with that big hole in Daredevil Season 2. There’s also the rumor that The Defenders are going against Mephisto himself. You know, the guy who gave John Blaze his powers?

Aside from all this, the bigger questions about Agents of SHIELD is Daisy’s rogue status and the identity of the new director. There’s also the possibility of them using life model decoys courtesy of Holden Radcliffe played by The Mummy’s John Hannah. It’s just that SDCC trolley pulling everyone’s chain.